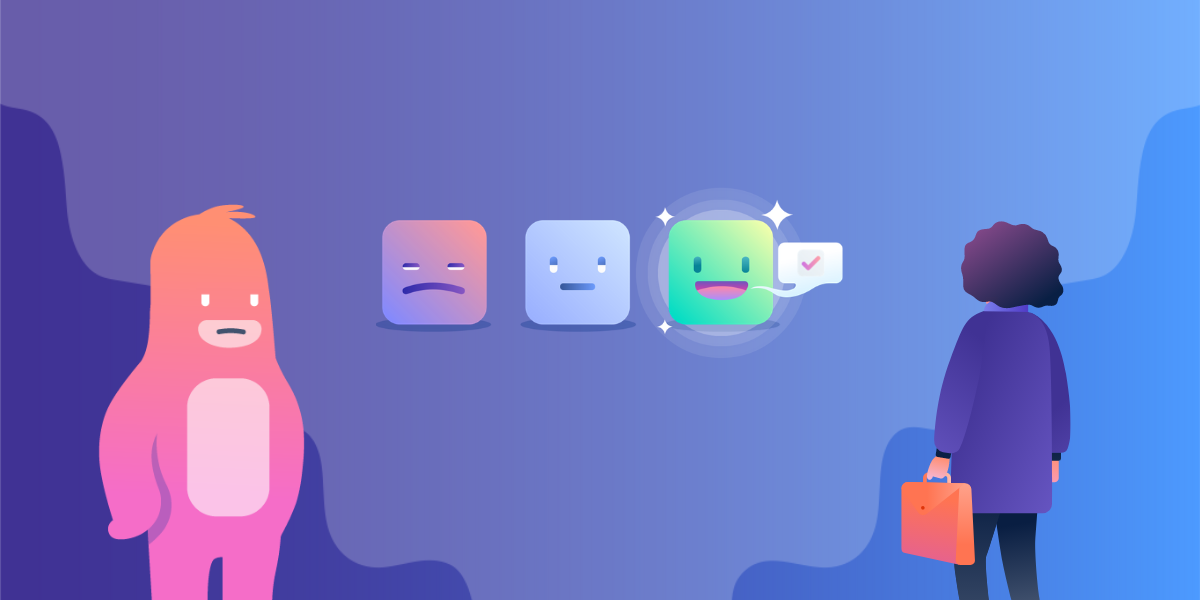 In an ideal world, your team would work harmoniously. They’d celebrate each other’s wins, support each other’s growth, and enjoy spending time together (whether in-person or virtually) off the clock.

Snap your fingers in front of your own face, because here’s the truth: That’s not reality. Nearly every team experiences disagreements, with 85% of employees at all levels reporting that they deal with conflict to some degree.

Sorry to destroy your workplace fantasy, but fortunately it’s not all bad news. While conflict at work is inevitable, it can also be a positive thing. “Conflict fuels change,” writes Christine Carter in an article for the Greater Good Science Center at the University of California, Berkeley. “Conflict is entirely necessary for intellectual, emotional, and even moral growth.”

Here’s where you—the team leader—come into play. In order to reap the rewards of conflict, you need to know how to manage it effectively. And unfortunately, 54% of employees think their managers could do a better job of handling work disputes.

Not sure how to smooth the waters in a way that’s productive and positive? Let’s take a look at some of the most common team conflicts, along with advice for addressing each one.

You don’t have a homogenous team, and that’s great. But it also means that you’re juggling a lot of different approaches to work. Emphasis on a lot.

There’s the team member who prefers to silently think things through before making a decision. There’s the one who would rather jump right in and figure it out along the way. There’s the person who speaks up in every team meeting and another who almost never chimes in. There are procrastinators, overachievers, and everything in between.

Keeping all of these people happy and ensuring they can work together efficiently feels like a not-so-fun game of whack-a-mole. And, this is the root of many workplace conflicts: people just don’t have aligned expectations for how they get their own work done.

Conflict #2: One Team Member Gets Promoted Over Others

Employees are eager to climb the proverbial ladder at work. In fact, 64% of workers would accept a higher job title, even if it didn’t come with a raise.

Having a team full of high-achievers who are hungry to move up isn’t inherently a bad thing. However, it can breed jealousy and a constant sense of competition—and that race isn’t always friendly or healthy.

That’s especially true when one team member earns a promotion over others who were also in the running. On the surface, you might see congratulatory emails and celebratory GIFs. But brewing underneath? There could be feelings of envy and resentment, gossip, and other toxic dynamics that you need to be prepared to address.

Not all conflicts are driven by personality clashes or other interpersonal issues. Sometimes there’s something that isn’t working logistically for your team.

Maybe people feel buried under overwhelming workloads. Perhaps they keep running into the same process bottlenecks over and over again. Maybe you don’t have a centralized place to manage projects and important information keeps getting lost.

When team members are in the thick of those sorts of problems, it’s tempting for them to point fingers at each other—“That deadline was missed because somebody didn’t share what was needed. You didn’t hit your target because so-and-so screwed up.”

But behind that blame game is an actual process issue that—if patched up—could make a world of difference for your team’s efficiency and relationships.

That seemingly simple exercise revealed to you and your team that the solution doesn’t involve reprimanding Sylvia—it’s about streamlining your workflows.

There’s a seemingly endless list of reasons you could experience conflict on your team—differing communication styles, competing opinions on how to solve a problem, and plenty more.

But sometimes, team conflicts come down to different personalities. It’s common for people to have dissimilar temperaments. A whopping 100% of people (yes, that’s a real statistic) admit that they’ve been annoyed by a coworker, and 73% of those people say that two to five coworkers annoy them on a regular basis.

While the “work is a family” trope is pervasive, the truth is there will be people on your team who simply wouldn’t choose to spend time with each other if they weren’t being paid to do so. Even so, they need to figure out how to put those differences aside and work together effectively—and it’s your job as the leader to set that tone.

Make The Most Of Conflict (Yes, It’s Possible)

Think you can banish conflict from your team? Think again. The occasional spat or disagreement is normal—not to mention... healthy!

It’s not about figuring out how to eliminate it. Instead, as the leader, it’s your job to understand how to manage it in a way that leads to learning and improvement, as opposed to animosity and annoyance.

It’s a learning process, and you’re bound to make some mistakes. But, keep going. That commitment to getting your team through choppy waters ultimately reinforces why they want to be on your boat in the first place.

Harness The Power Of Sophrology For Better Work-Life Harmony

With a few simple exercises practiced regularly, you and your team can transform your daily lives and work mentality for good.

The urge to check digital devices is natural and will most likely always be there, which is why finding ways to successfully ditch those distractions is so crucial—now more than ever.