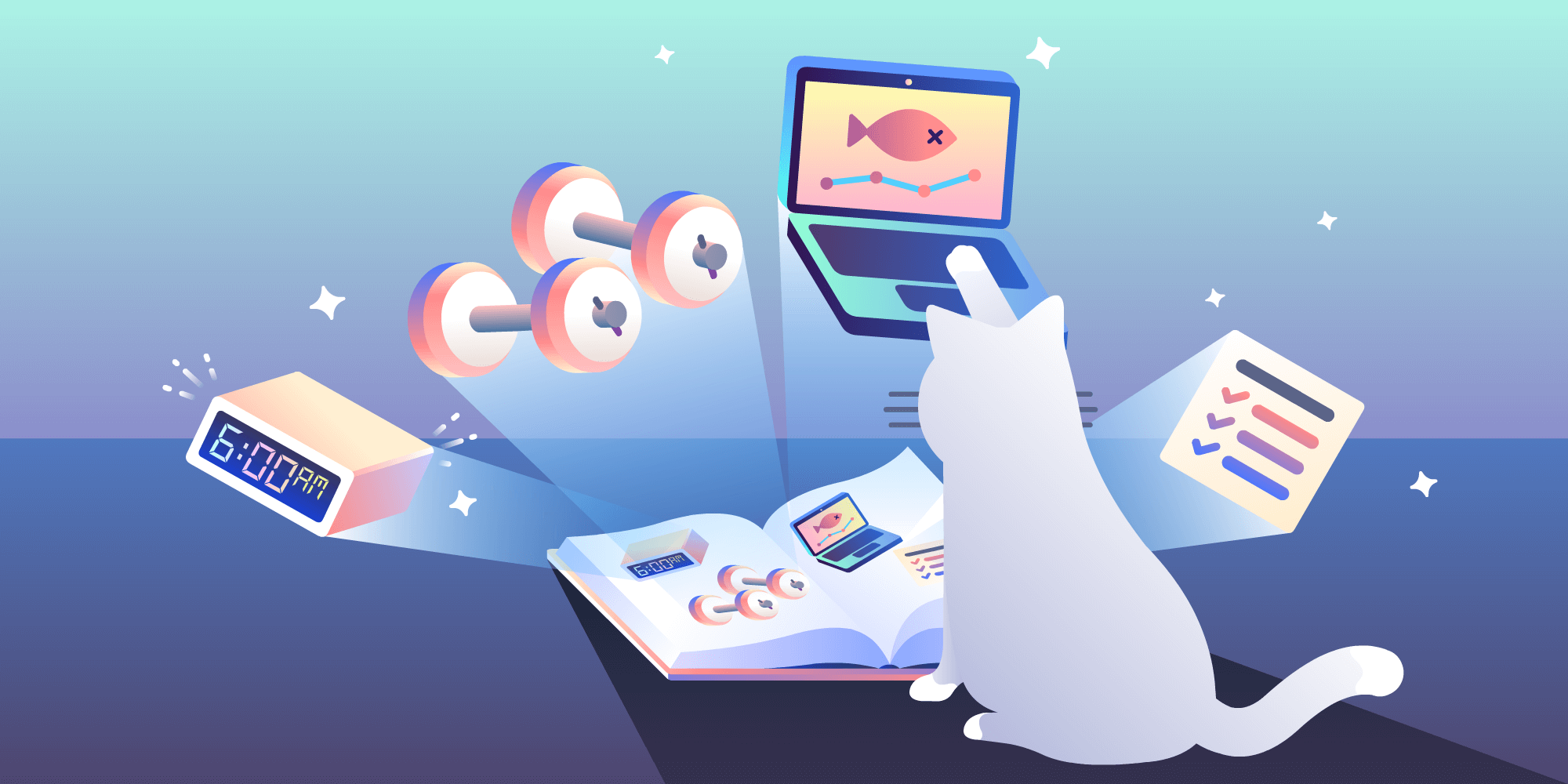 Productivity advice can often come across as rather drab and uninteresting when it’s doled out like artificially flavored cough medicine. This isn’t the fault of the advice itself, but rather the delivery. On the flip side, we can learn a lot from stories, especially when these stories are both true and read like pages out of somebody’s (productivity) diary.

Over the past five years I have interviewed over 300 successful individuals about their morning routines. Here I have collected just a small portion of them and distilled some of the productivity advice they provide...

Author Ryan Holiday gets so much done in the A.M. that the P.M. serves as extra credit.

Ryan has one simple rule that he follows every day: Do one thing in the morning before checking email. This can be anything from showering, to going for a long run, to writing in his journal. But, as Ryan notes in his morning routine interview, it’s usually writing.

Most mornings Ryan will write for one or two hours before he starts the rest of his day. “The way I see it,” he notes, “after a productive morning in which I accomplish my big things, the rest of the day can be played by ear. It’s all extra from there.”

Arianna Huffington focuses on creating a relaxing evening routine so she’s wide awake and ready to go from the moment she wakes up.

After suffering a painful wake-up call in 2007 when she fainted from sleep deprivation and exhaustion and hit her head on her desk, breaking her cheekbone, Arianna has put her sleep as front and center in her quest for greater sustainable productivity.

She treats her transition from wakefulness to sleep as a sacrosanct ritual. In Arianna’s own words: “First, I turn off all my electronic devices and gently escort them out of my bedroom. Then, I take a hot bath with Epsom salts and a candle flickering nearby—a bath that I prolong if I’m feeling anxious or worried about something.” After guiding herself to bed before the clock strikes twelve (her family jokes that she is always in bed to catch the “midnight train”) Arianna ensures she gets a solid eight hours of sleep so she is wide awake and ready to go the next morning.

Stan, as he put it to me, is “a pretty organized person.” His entire day is usually booked up with work, so he chooses to wake up at 4:00am every day to get a ninety minute workout in before he heads into the office. (He did an equally strenuous, and early, morning workout routine when he was deployed in Iraq and Afghanistan.)

When I asked Stan how we can improve our own morning routines with his military background in mind, he has this to say:

“Find certain things you know you should do, don’t like to do, or make excuses to avoid, and then do them everyday or every other day, and then it just becomes a habit.”

When Rebecca is not earning gold for Team USA at the Olympics she is an entrepreneur working from home with, as many entrepreneurs find, a lot of small decisions she needs to make every day.

To avoid decision fatigue, that reduced ability to make decisions (or make good decisions) that wreaks havoc on our productivity, Rebecca plans out her day the night before so she has less decisions to make, and get caught up in, the next morning.

The president of Pixar and Walt Disney Animation Studios, Ed Catmull, tackles the voice in his head before he gets down to work.

Ed meditates every single day (he hasn’t missed a day in years). Using a form of Vipassanā meditation, he focuses on his breath. Not only does meditation form a relaxing habit for Ed, it also helps him to prepare for whatever the day may throw at him. “I have received a great deal of benefit from the simple, yet difficult practice of learning to stop the internal voice in my head.” Ed told me.

“I learned that that voice isn’t me, and I don’t need to keep rethinking events of the past, nor overthink plans for the future. This skill has helped me both to focus and to pause before responding to unexpected events.”

If you’ve ever tried and failed to form a meditation practice to boost your productivity in the past, don’t be too downhearted. Ed admitted that, just like most people, it isn’t always easy for him to block out his thoughts, and ideas will come and go during his practice.

The first woman to head a Hollywood movie studio, Sherry Lansing, works to make exercising in the morning her number one priority.

Often we’re more productive if, instead of getting worked up into a frenzy and refusing to take a break, we recognize that we need time to ourselves to rest before we put our head down and focus on our work all over again.

Sherry knows that when she exercises in the morning she feels great and is more productive in her work, so she tries to make it her priority. This isn’t always easy, mind you; life, commitments, and meetings often get in the way. As Sherry told me over the phone:

“I’d be lying if I told you that I never miss [exercise], because I’ve missed it plenty of times. But I try very hard not to.”

Vanguard Chairman Bill McNabb relishes the quiet time between 6:00 and 7:30am to get his best work done.

Bill knows that no other time of day comes close in terms of the productivity he gains from the ninety-minute period between 6:00 and 7:30am. He told me that it’s his time to think, read, and prepare for the day ahead. “I try really hard to preserve that time,” he noted.

Having this productive "alone" time in the morning is a great way to get a head start on the day’s work or, as Bill pointed out, to simply sit back and think about the day ahead.

Whenever you read productivity advice that feels both uninteresting and impossible to follow, you should instead look toward the success stories of people who walk the productive walk every single day. For more inspiring stories, pick up my new book, My Morning Routine: How Successful People Start Every Day Inspired.

Next: Productive Nightly Routines To Borrow From Remarkably Successful People