Artificial Intelligence Is About To Make Us All Managers. But Are We Ready? 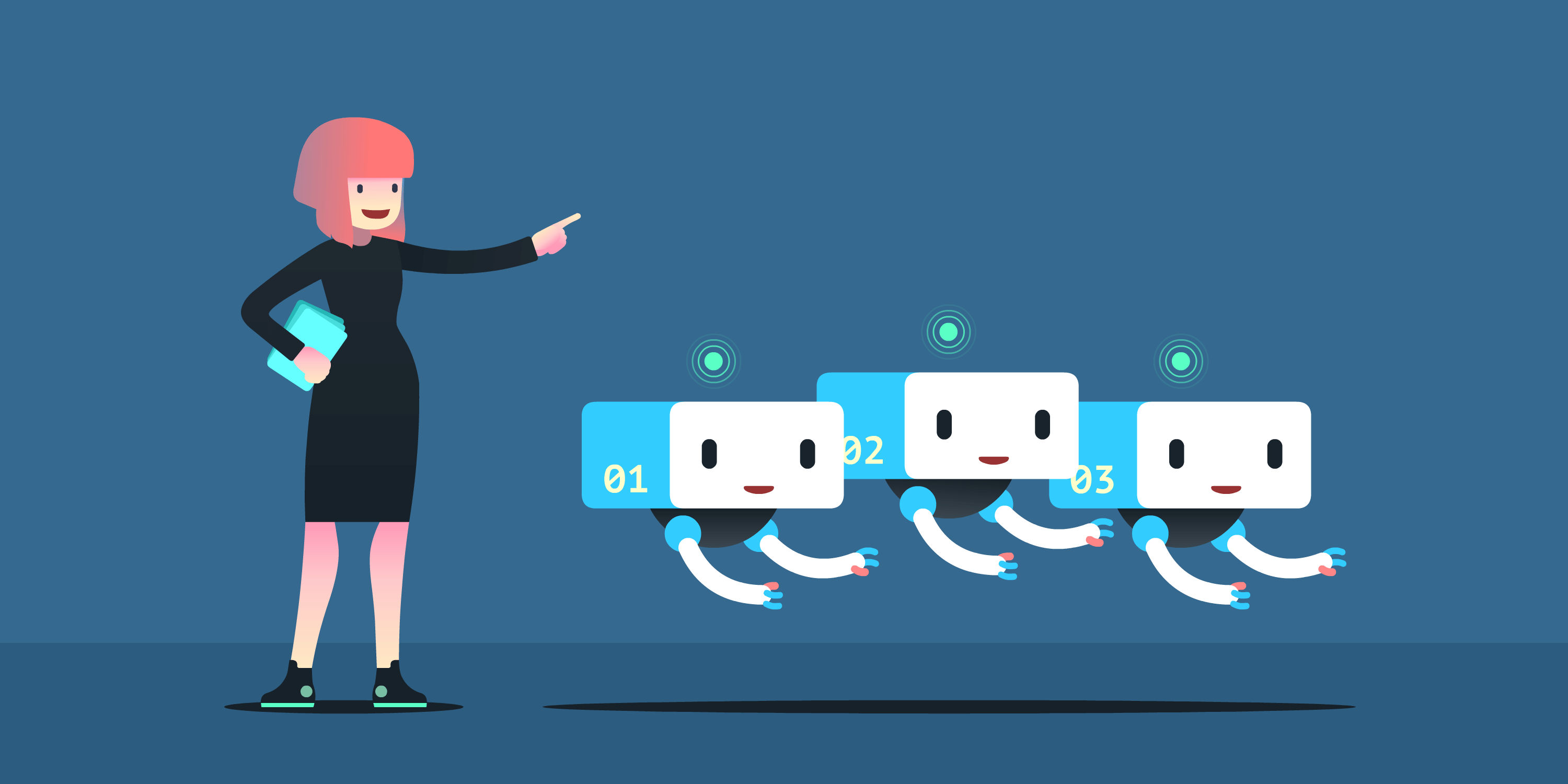 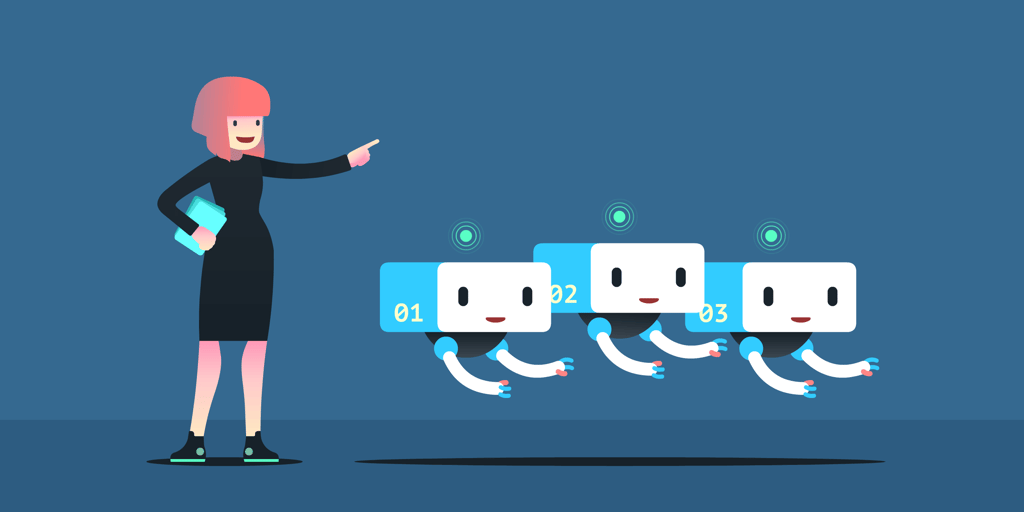 A recent Gallup study found that only one in 10 people possess the skills to be effective managers. That’s bad news because AI is about to make everyone a manager.

That’s right: The rise of intelligent AI assistants, like the one my company x.ai offers, means everyone will become the manager of their own team of artificially intelligent machine employees. The ability to hire, manage, and train a high-performing AI team will be a sought-after quality, and each of us will need to cultivate many of the same skills that characterize successful entrepreneurs today.

The year is 2020. David, a (human) account executive, sits down at his computer to start his day. As he gets to work crafting a new sales deck, his team of assistants spring into action around him. They schedule meetings, qualify leads, send out agreements for signature, book travel, and take care of a hundred other menial tasks that used to take up much of David’s day. In fact, they’ve been working all night, and all weekend, with nearly flawless execution.

David’s team of assistants are what I like to call vertical AI. They’re a group of artificially intelligent software agents that specialize in very specific tasks. Hiring his team makes David more productive and allows him to spend more time focusing on the central part of his job: building relationships with prospects and selling. 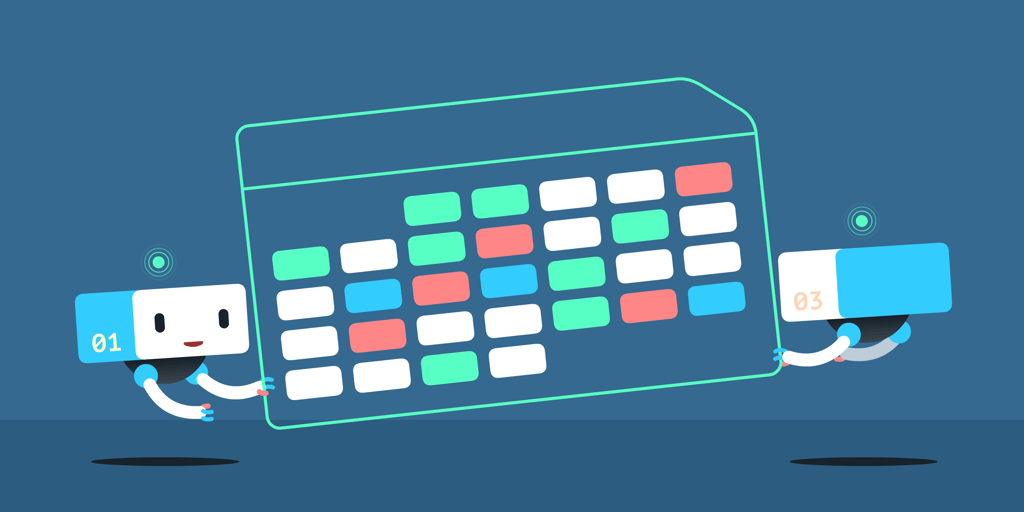 Over the next few years, thousands of specialized, intelligent agents will come online. As they do, they’ll change what it means to be an employee and a knowledge worker. They’ll allow people like David to be more successful, but require him to employ new skills to build and manage his AI team.

Dozens of intelligent agents already exist, and their adoption points toward a new paradigm I like to call Bring Your Own Agent (BYOA). An account executive like David will be hired as much for his skill managing clients as his ability to hire, train, and manage a team of intelligent agents that help him be more productive and efficient.

What This Means For You 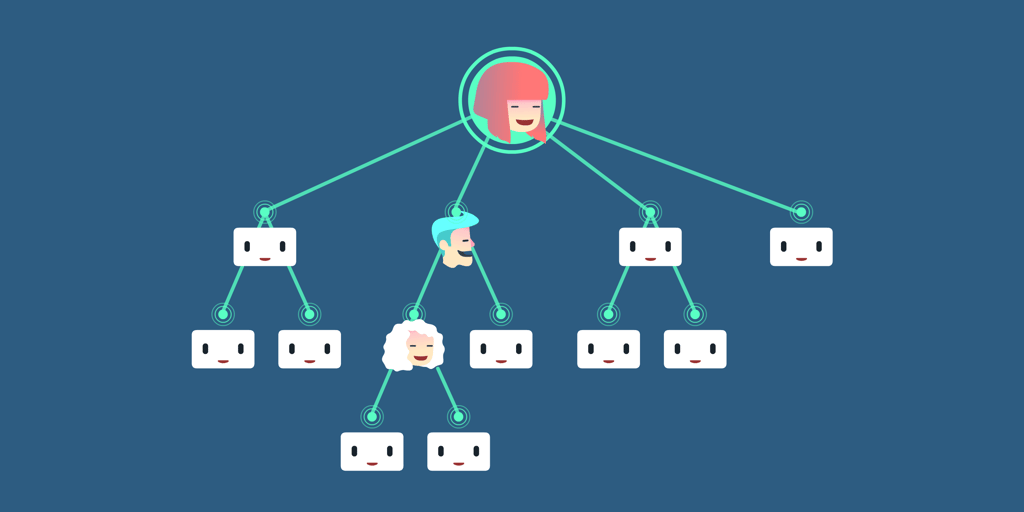 As AI agents make their way into companies, this influx will have real-world implications for people up and down the chain of command. To be successful in the BYOA world, knowledge workers on every rung of the organization will need to develop many of the same managerial skills as those at the top. Everyone will become the boss of their own AI team. Here are some things you’ll need to think about to successfully integrate AI team members into your organizations:

For those at the top of the org chart, intelligent agents will change the way you think about talent. Vertical AI will continue to get more powerful over the next decade, augmenting many of the hard skills you prioritize in hiring now. Soft skills, like communication, creativity, empathy, and critical thinking, will become more and more important, alongside the ability for employees and managers to integrate AI into their workflows. Candidates who don’t come with a team of intelligent agents on their “payroll” will soon be viewed as almost eccentric.

The good news for existing managers is you already possess most of the skills you need to successfully manage your AI team. Evaluating, training, and communicating with your AI team members, while different, uses the same set of principles that you already employ with your human teammates. As AI gives you back time, you’ll need to figure out how to spend it.

By taking many of the lower order tasks off your plate, AI holds the promise of making you superhuman… to an extent. AI will both supplement your ability to perform the core functions of your job, and remove distractions so you can focus more on the qualities that are uniquely yours. As discussed, you’ll also need to cultivate managerial skills that haven’t previously been part of your job description.

Take David, for example. His AI agents might not take time off, but that doesn’t mean they don’t need to be managed. He must determine which agents he needs to build a productive team, and then go out and hire those agents by signing up for their service. He’ll train up those agents by tweaking settings, feeding them information, and connecting them to other pieces of software (likely other agents!). He’ll evaluate their performance and “fire” the agents that aren’t performing well.

For solo entrepreneurs or small startups, AI will be an equalizer. By adding AI agents to your team, you’ll be able to compete on a higher level. This is not too dissimilar to the result of outsourcing, but AI will be cheaper, more efficient, and in many ways more powerful.

Once enterprising employees build and train up AI agent teams, it shouldn’t be a surprise that they’ll want to bring those teams with them when they change jobs. As I said, you’re no longer hiring an account executive, you’re hiring an account executive augmented by his personal AI team. The migration of knowledge workers and their AI teams will spread the BYOA paradigm by necessity.

Like Bring Your Own Device (BYOD) before it, BYOA raises some thorny questions for companies. Who owns an employee’s agents? If an employee leaves and takes their team with them, how do you protect proprietary information or data those agents had access to? Ultimately, the benefits of AI agent-augmented workers will outweigh the concerns and corporations will adapt.

Employees will adapt, too, by cultivating the managerial skills necessary to be successful AI agent managers. Success in the BYOA world will be had by a new type of knowledge worker—one part skilled creative and one part manager. That’s exciting, because it means AI will bring the qualities that most define our humanity to the forefront of our work.

Next: How Artificial Intelligence Is Democratizing The Personal Assistant