How To Hack Your Habits: Author James Clear Shares His Life-Changing Strategy 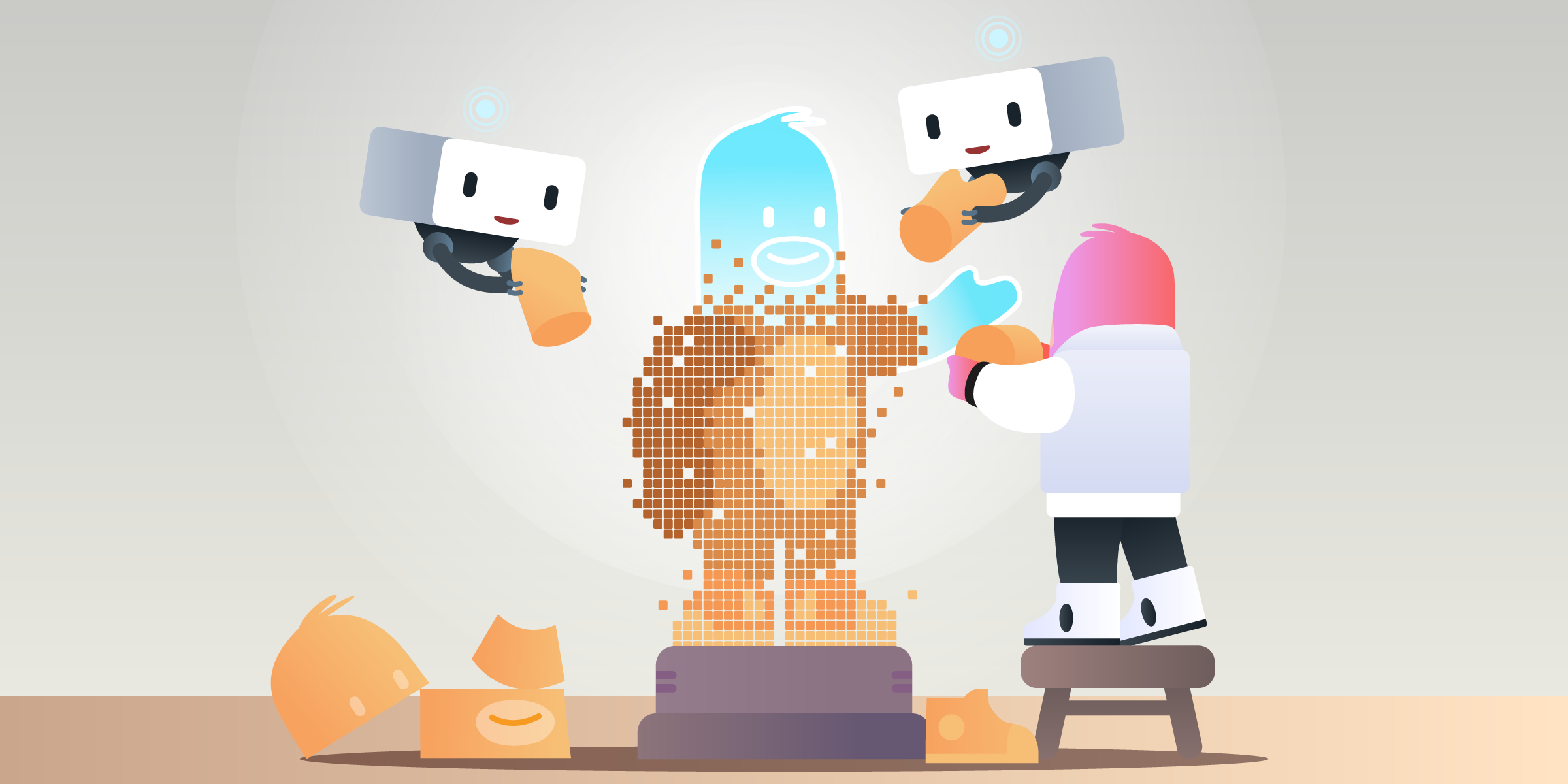 Admit it: You’ve got a few pesky habits you’d like to kick. Oh, and we know you’ve got big plans for how you’re going to change your ways. But how long have you been saying this without actually springing into action?

James Clear, bestselling author, speaker, and continuous improvement guru, suspects the reason you haven’t changed much (despite wanting to), is that you’re going about your habit replacement all wrong. In his new book, Atomic Habits, James outlines why you’re holding yourself back, and more importantly, he introduces a new framework for looking at your habits from a microscopic perspective in order to hack them to be your best choices.

We sat down with James to talk about his theories on adopting positive habits, sticking with them, and why hacking our behavior can make hitting the gym as simple as tying your shoes.

Trello: Eliminating poor behavior is daunting, and hard. How can we change our bad habits when we don’t immediately see results?

James: Think about it this way: Every behavior produces multiple outcomes across time. Let’s take something like eating a donut. If you eat a donut right now, the immediate outcome is favorable: It’s tasty and sugary. But if you continue that habit over say, multiple months, the ultimate outcome is unfavorable: You gain weight, or your cholesterol levels increase, etc.

Often, we make decisions based on the immediate outcome, rather than the ultimate outcome. A lot of the challenge of addressing bad habits and harnessing good ones has to do with pulling the consequences of your bad habits into the present moment, so you feel a little bit of that pain instantaneously. At the same time, you need to pull the long term rewards of your good habits into the present moment, to make them more immediately satisfying. 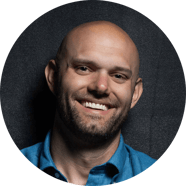 "That’s why small habits are so meaningful. If you do five pushups, on its own the behavior, it doesn’t count for much. But long term, you’re casting a vote for the person you want to be. And that’s meaningful. So even if the habit is small, it is reinforcing your desired identity." - James Clear

James: The more that you identify with a particular behavior you link it to the idea that, “This is who I am.” When you associate yourself as a type of person who does this habit, it becomes more difficult to filter the raw data. The behavior is tied up in your identity.

For example when you say to yourself, “I’m the type of person that goes to the gym,” you are adopting the identity of this habit. In this sense, it’s not even really a behavior change to regularly head to the gym. It’s essentially you acting in alignment with the person you already believe you are.

That’s why small habits are so meaningful. If you do five pushups, on its own the behavior, it doesn’t count for much. But long term, you’re casting a vote for the person you want to be. And that’s meaningful. So even if the habit is small, it is reinforcing your desired identity.

In the book you talked a lot about how relying solely on self control is a recipe for failure. Why is it so hard for people to make changes to their habit without first changing their environment?

James: All habits, when formed, are linked to some kind of context. Certain contexts in your life repeat themselves again and again. So the more you face a particular context, the more you face problems that are associated with that particular context. Soon your brain starts to link certain solutions to certain problems, which is to say it starts to associate certain habits with certain contexts.

For example, you put your shoes on and they’re untied. So there’s a problem that needs to be solved: You need to get your shoe tied.

The first time you ever tie your shoe, it’s sort of arduous and it takes a while. But after you tie your shoe 100, or 500, or 1000 times, pretty soon your brain has just automated that habit, which is to say it has automated the solution to the problem that you face repeatedly.

Pretty soon the context of looking down to an untied shoe means you don’t even think about it, you just automatically get into shoe-tying mode.

The point here is the context is tied to the habit. Pretty much all of your environments, or contexts, already have habits and associations that are tied to them. So to build a new habit in the same context requires you to overpower those associations. 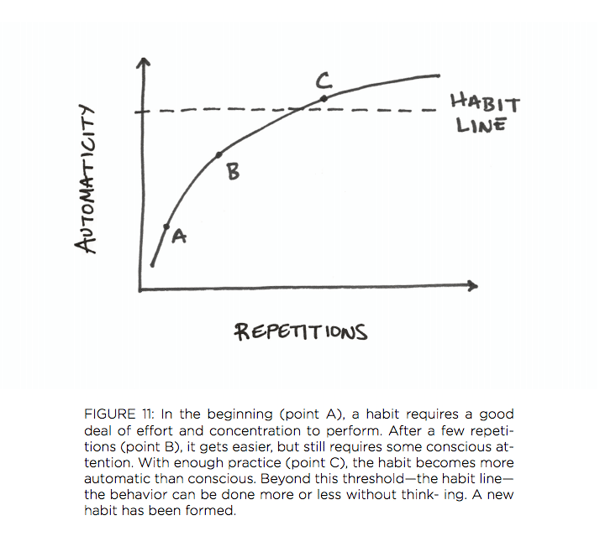 What is a strategy you suggest to help us leverage our best habits?

James: Atomic Habits discusses the exploit vs explore tradeoff. What this essentially means is you should identify habits and activities you know you’re good at, and you just exploit them ad nauseum. But how do you find those exploitative habits? Well, you explore. You do this by spending another percentage of your time asking yourself specific questions that help you determine what comes easy to you, but feels like a chore to others. You should constantly be exploring new concepts that you can then exploit for your own gain.

For example, Scott Adams, the creator of the wildly successful comic Dilbert, explored three areas of his life for which he had some experience. He took those aspects and paired them together in order to exploit them. He explains:

“Everyone has at least a few areas in which they could be in the top 25% with some effort. In my case, I can draw better than most people, but I’m hardly an artist. And I’m not any funnier than the average stand up comedian, but I’m funnier than most people. The magic is that few people can draw well and write jokes. It’s the combination of the two that makes what I do so rare. And when you add in my business background, suddenly I had a topic that few cartoonists could hope to understand without living it.”

When you layer skills on top of each other like that, you put yourself in the top one percentile, whereas previously you were the 20th percentile of any one of those individual skills. And once you’re doing something that’s both rare and valuable, then you have more negotiating power. You become 1 of 1, instead of 1 of 1000. Then it becomes harder to compare you, and your value is more rare in the marketplace.

There are all kinds of things people do that are valuable, but not rare, and you really want to do both to stand out.

We couldn’t help but notice that in your interview on CBS This Morning, you showed that your phone screen is nearly devoid of all apps. But we did spot Trello! How are you using it to be more productive?

It’s really essential to our business, it’s our main project management tool. We create a card for each project we’re working on, and as they’re completed we archive them. We have about 4-5 lists, including an Inbox where everything gets dumped into. Then it gets sorted into my list or my marketing manager’s list. Then we also have a list for ongoing projects, Atomic Habits being a good example. That’s been a card on our list for over a year now, and all the long term discussion happens there.

So that’s pretty much our project management system: A daily call each day and then communication on the Trello cards for the rest of it.

So you really only have one board?

James: Yes! I tried using multiple boards but it didn’t work for me. Wherever possible I like to keep things on one screen.

Atomic Habits is now available for purchase anywhere you can buy books. Buy it here.

Next: Why We Always Switch Productivity Methods Before They Stick, According To Science

Never miss a meeting with the Unito Trello and Google Calendar integration tool. Learn to sync, create, filter, and make changes to your calendar from Trello.