What Is Social Loafing? (And How To Rid It From Your Team) 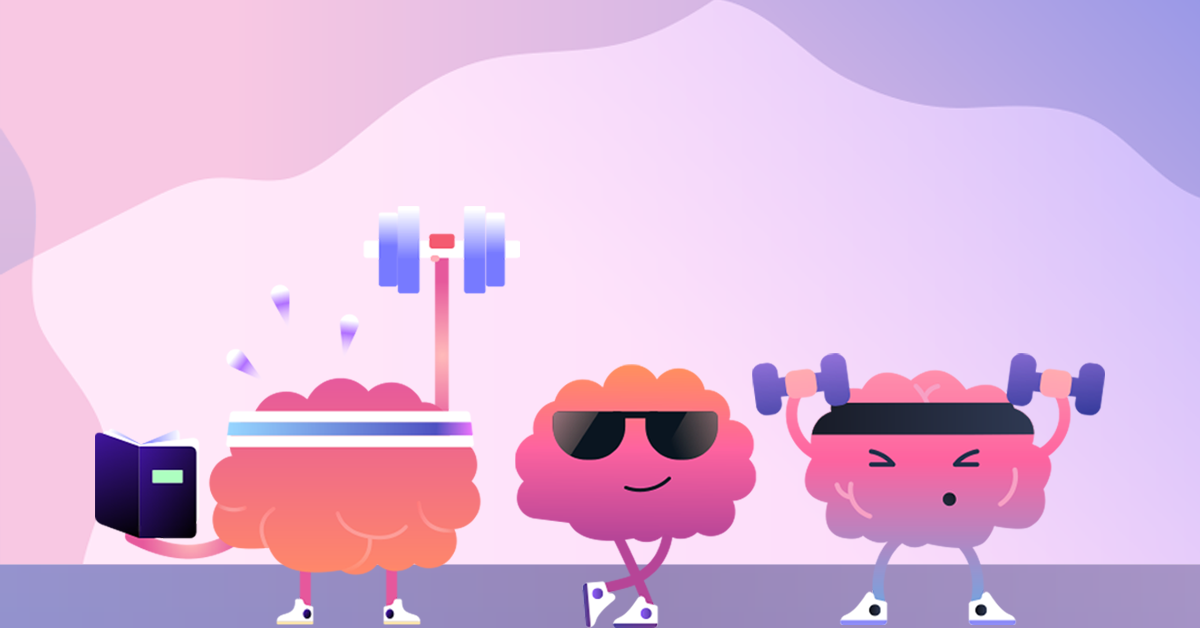 Be honest: there have been times when you noticed the printer was broken, audibly sighed, pressed a few buttons, then slowly walked away—effectively washing your hands of that pesky problem. It’s okay, we’ve all done it. No one likes making the effort to fix the printer.

But what if, in reality, you're the only team member who has noticed this problem and you didn’t do anything about it? What if you never report it, the task never gets done, and the poor sap that’s about to do an important demo can’t print their notes just minutes before their meeting?

Yikes, a simple observation to fix a broken printer creates quite the ripple effect.

On remote teams, this psychological phenomenon called 'social loafing' is even more prevalent, since team members can't peer around the corner to watch you choose to not update that document or make a process better for the next person.

What Is Social Loafing?

Social loafing is the social psychology phenomenon of low performance and reduced productivity.

It's the effect of an individual making fewer contributions to a group effort than they would if they were solely charged with the responsibility. In other words, when any number of people can potentially take it upon themselves to fix the printer, social loafing says a high percentage of individuals in the group will assume that someone else will take the initiative to complete the task. Hence, the social loafing phenomenon.

A hundred years ago, a French engineer named Maximilien Ringelmann investigated the social loafing tendency through a series of rope pulling experiments.

Ringelmann discovered that as group size increases, the effort exerted on a task by each individual decreases. So if more people are in a group, the worse the group performance may become. He found that eight people in a group didn’t even pull as hard as four people, meaning the smaller groups put in more effort. They shirk their effort thanks to the social psychology theory of social loafing.

Some have called this the 'sucker effect', 'free-rider effect', or the 'Ringelmann effect', meaning others believe the 'sucker' will do the most work and the individual can get off as the 'free-rider'.

A perfect example of this is the 'group project' scenario in grade school—the most responsible and disciplined person in the group takes on the majority of the project while the others sit back and enjoy the free A+ they'll likely receive. If you've been the 'sucker' in this story, you know how frustrating and unfair this feels.

More researchers have suggested that this diffusion of responsibility is due to decreased pressure on any individual and that a bigger group size dictates less individual effort.

Overall, group development theory has shown that team members approach tasks differently depending on the quality of their relationships with their co-workers, so social loafing may not be as popular in companies where members of the team have cohesiveness.

In a large company, you’re more apt to believe that surely there must be someone else that will put in the effort to fix the printer. ...Right? Anyone? *crickets*

The Yerkes-Dodson law, when applied to social facilitation, states that "the mere presence of other people will enhance the performance in speed and accuracy of well-practiced tasks, but will degrade the performance of less familiar tasks."

So although the presence of others may help diminish social loafing symptoms for collective tasks that are routine—those daunting, less-familiar tasks may still be left unfinished, in hopes that other members of the group will pick up the slack.

Don’t Do Nothing, Social Loafers

Michael Pryor, Co-Founder and Head of Product at Trello, is determined to eliminate the social loafing mentality that can occur when an individual on a team assumes other people will address a problem. Social loafing has no place at Trello. Michael has a simple saying he reiterates during all company meetings: Don’t Do Nothing.

Michael makes this mantra clear to the entire company because he believes in empowering his employees to make decisions for themselves. By telling them “Don’t Do Nothing,” he is giving them agency in the decision-making process to take any next steps they see fit to solve the problem.

“We have always said our goal is to hire smart people and then get out of their way and let them do their job,” Michael explains. “By giving people agency, we are basically telling them: own a decision.”

'Don’t Do Nothing' is self-explanatory: if you see an issue that needs to be addressed, bring it to light and make a decision about what the next steps should be. Social loafing would say to do nothing, but not at Trello. The 'Don’t Do Nothing' concept is a group norm that has caught on like wildfire around the company, inspiring memes of Michael and even a custom emoji.

When a person has the motivation to go to another team at Trello to bring something to their attention, their statement is often prefaced with, “In the spirit of Don’t Do Nothing, I noticed that…” 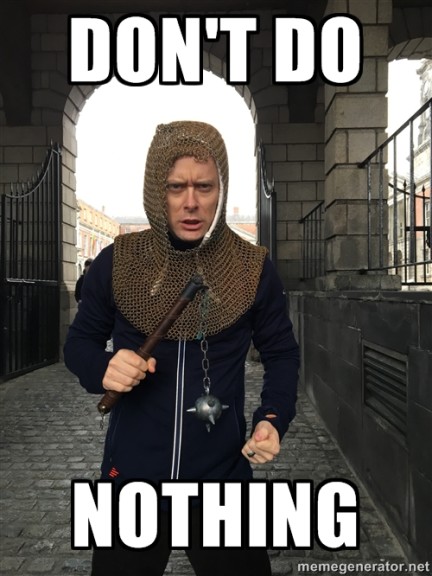 This flattering photo of Michael turned into the poster child for Don't Do Nothing. (In unrelated news, he's awesome.)

How To Get Rid Of Social Loafing

Reducing the social loafing tendency and increasing contributions among teams comes down to trust.

If you don’t place trust in your employees and colleagues to make the right decisions, the outcome and the effects can be dire. Not to mention all the extra work that can occur for yourself by needing to approve every little thing. According to Gallup, establishing trust in the workplace is one of the factors most highly correlated with employee satisfaction and motivation.

“The hardest thing for an entrepreneur is ceding control to other people,” Michael explains. “You spend so much time doing everything by yourself that it becomes second nature. But you can't scale a company by yourself. Hire people you trust and then give them the ability to make decisions. It's the only way you'll grow.”

Michael routinely relies on his management team to report to him on projects surrounding Product decisions, Sales requests, Marketing campaigns, Engineering capabilities, and HR feedback.Without placing his trust in these people and their individual teams, he would be working around the clock and spreading himself too thin trying to keep up.

It also comes back to 'servant leadership', a concept to which Michael fully subscribes. Giving his employees the autonomy to make decisions allows them to expand their confidence, cultivate strong groups, and ultimately empower everyone to improve the company any way they see fit. 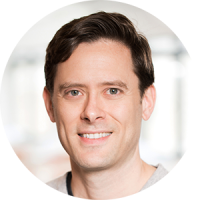 “The hardest thing for an entrepreneur is ceding control to other people. You spend so much time doing everything by yourself that it becomes second nature. But you can't scale a company by yourself. Hire people you trust and then give them the ability to make decisions. It's the only way you'll grow.”

"Don't Do Nothing" is not just a meme, it actually compels Trello team members to take action when they otherwise wouldn't. The effort behind Trello's theory has reduced social loafing significantly. It has significantly improved cross-team communication and has reduced stress for all teams within the company. Here are a couple of examples:

Teams working together: Take the Blog Editorial team and the Product Development team, for example. On multiple occasions, a developer has pinged a blog manager about a broken link or a typo in recent posts. Even copy editors can miss a few typos—it happens. The little extra effort—coupled with the good intention to help the company rather than point out someone's mistakes—has a positive effect on all aspects of our day-to-day responsibilities.

Open for feedback: The Web team has an "Incoming" list on a Trello board where anyone within Trello can report a bug they notice. Then, the team addresses the cards in the queue as time allows. One time, a Server developer noticed through his own work that the Web client seemed to be taking too long to switch from a large board to a small one. Instead of assuming the team knew about it, he made a card on their board just in case. Turns out his observations were right, and the fix was added.

Team members, including other members not on technical staff, are encouraged to report bugs and performance issues. This is an actual exchange between myself and Lou, an iOS developer:

Sometimes You Should Actually Do Nothing

Aiming to eliminate social loafing isn't just about galvanizing people to take action. It’s also about giving them the option to not take action if that’s what they think is the right course. Michael also trusts his employees to assess a problem and say, “this isn’t worth anyone’s time.”

What does he mean by this? If someone sees a problem and decides not to address it, he trusts that they made a thoughtful decision before deciding not to alert anyone else. After all, as New York Times bestselling author Charles Duhigg stated: "A huge part of productivity is exposing yourself to the knowledge that alternative ways of thinking are possible."

And as Michael explains, “You don’t make the decision to ignore something because you assume it’s someone else’s problem. That’s the distinction. Because you are aware of it, it is now your responsibility to deal with it.”

Be Empowered And Intentional

It may seem overwhelming, especially at a small company where you are wearing many hats and not part of a large group, to think that you need to fix every error you spot. The point is not to drop everything and immediately try to do something. After all, if everyone was reactive when addressing a problem, the result would be a lack of focus. Rather, the point is to take responsibility for the knowledge you have gained and make a thoughtful and intentional decision about what to do.

So, the next time you're in a group setting and notice a broken printer or a workflow that's due for an update—channel your inner Michael Pryor and decide, "I better not do nothing."

Talent Mobility: Why You Should Let Your Top Performers Move Around The Company

As the business world has become more complex, competitive, and data-driven, smart management has increasingly become about giving power and autonomy back to a company’s people.