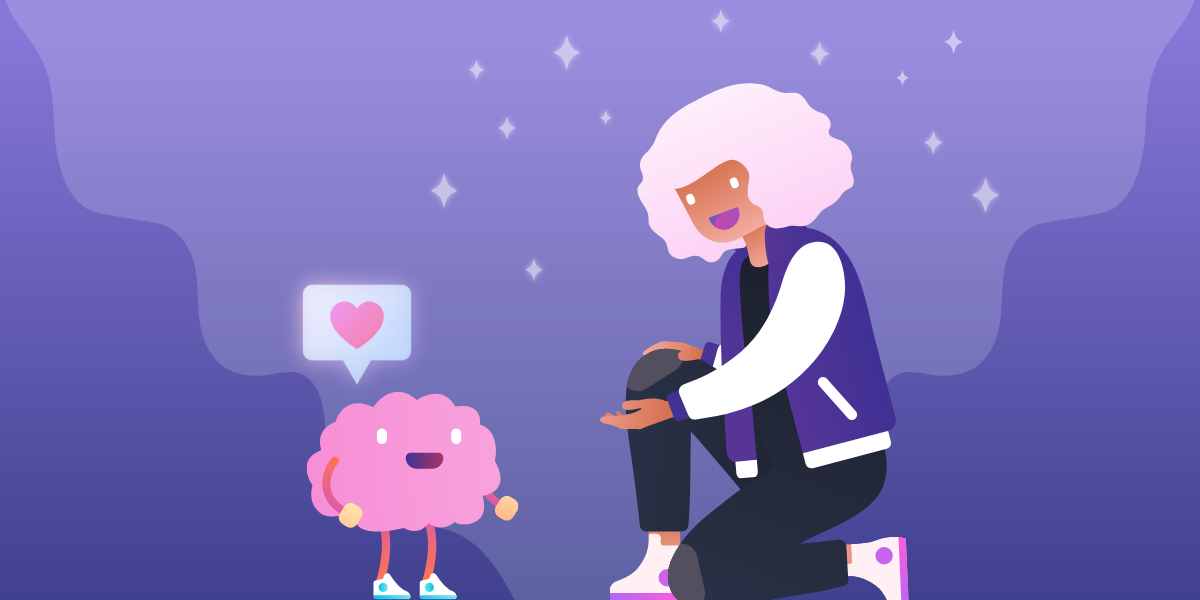 There are some things you’re probably fairly open about at work. Your go-to coffee order. The fact that public speaking makes you nervous. Maybe even your plans for your upcoming vacation.

But, for many of us, that’s the extent of just how much we let our team members in—we’re hesitant to go much deeper than that.

In fact, 41% of Americans say their coworkers are just that: coworkers. They’re people we’re on the clock with, but not necessarily the ones we’ll readily open up to.

Things are even more “strictly business” between managers and direct reports. 20% of managers admit that they’re uncomfortable demonstrating vulnerability. And, while 80% of leaders think they’re still able to be transparent with their teams, only 55% of their employees agree.

You’re A Whole Human: The Benefits Of Being Vulnerable At Work

Why the reluctance? Well, “vulnerable” is sort of a scary word. Evolution tells us that vulnerability means we’re fragile—we’re defenseless against attacks.

Here’s the truth: Vulnerability is no longer a sign of weakness or an invitation for people to walk all over us. Quite the opposite. Being even a little more open and honest with your team can lead to a number of advantages.

Being vulnerable requires a certain level of honesty. You can’t sweep things under the rug or sugarcoat them—you need to be upfront about them.

It makes sense that transparency would boost trust between people, and research backs this up. One study concluded that vulnerability is an essential element of trust, although the researchers admitted that they’d need to dig in further to understand the full impacts.

Need more convincing? Research professor and author Dr. Brené Brown argues that vulnerability is at the very root of social connection. “In order for connection to happen, we have to allow ourselves to be seen—really seen,” she said in her well-known TED Talk.

So, showing more of yourself to the people you work with can be the catalyst you need to forge stronger, more trusting, and more beneficial bonds at work.

A high degree of psychological safety means that employees are willing to speak up about their opinions, ideas, and criticisms without any fear of reprimands or embarrassment. They’re encouraged to chime in—there are no stupid questions or dumb ideas.

It sounds like a dream for most teams, but how do you get there? While there’s no simple answer, demonstrating vulnerability certainly doesn’t hurt.

When employees see their leaders owning and learning from their failures, admitting their uncertainty, or opening up about challenges, they feel empowered to follow suit. That can shift the entire team culture to be one of openness and acceptance rather than criticism and competition.

A high degree of trust? Close and honest relationships? The support to confidently voice an opinion or an idea? All of them contribute to another major benefit: increased engagement and improved performance.

Our own research here at Atlassian found that among high-achieving teams, 55% have a culture of sharing who they are and what’s going on outside of work. And, employees whose managers are open and approachable are more engaged in their jobs.

Of course, there’s a lot that goes into both engagement and performance—from clear expectations to leadership styles. But, even so, focusing on being a little more unguarded can lead to a more committed and productive team.

How To Be More Vulnerable At Work: 3 Steps You Can Take

So, gone are the days when being “vulnerable” means being exposed and unsafe. Today, the opposite can be true—being vulnerable is seen as a positive trait that leads to ultimate authenticity.

Even so, it can feel unnatural, especially for people who are used to compartmentalizing their professional and personal identities and keeping their colleagues, leaders, or direct reports at arm’s length.

Rest assured that being vulnerable at work doesn’t have to mean opening up about your deepest insecurities and baldly stating every thought or emotion you have. Here are three manageable steps you can take to be a little more authentic and forthcoming with the people you work with—without feeling cringey about it.

1. Own Your Wins (And Your Failures Too)

Chances are, you and your team already have a number of built-in times for connection and reflection with each other. Retrospectives. Team meetings. Performance reviews. One-on-ones.

Those are great times to recognize and celebrate successes (which is important to do!), but they’re also an opportunity for you to model humility and vulnerability by openly admitting any of your own mistakes and disappointments—as well as what you learned from them.

Need an example? Let’s say that a recent team project managed to get over the finish line by the deadline, but it ran behind schedule nearly the entire time. Here’s how you could own the role you played in that:

“While I’m thrilled we ended up getting this done in time, I do want to acknowledge that I was a major bottleneck during the review process. This project showed me that I need to build more of a buffer in my own schedule and proactively allocate time for feedback so I don’t slow us down moving forward.”

It seems simple and is admittedly harder to do in practice (hey, calling out our own shortcomings is sort of brutal). But, proactively taking this accountability shows your team that you’re willing to be honest and forthright with them—even when it doesn’t present you in the best light.

2. Consider Your Audience And Your Intent

It’s easy to confuse vulnerability with relentless disclosure—as if you need to verbally state everything you think, feel, or struggle with. Not only does that feel uncomfortable for a lot of us, but it can also push you right into “oversharing” territory.

Effectively demonstrating vulnerability isn’t about no-holds-barred honesty and word-vomiting your way through every interaction. As Dr. Brené Brown explains, much like any other type of communication, it requires some boundaries.

“Vulnerability minus boundaries is not vulnerability,” she explains in an interview with TED Conferences. “Are you sharing your emotions and your experiences to move your work, connection, or relationship forward? Or are you working your s—t out with somebody? Work is not a place to do that.”

Before sharing something in the interest of being vulnerable—whether it’s a challenge you’re facing or even a personal problem you’re dealing with—Dr. Brown recommends taking a step back and asking yourself:

In short, vulnerability doesn’t have to mean being an unstoppable open book. You can (and should) still be strategic about how, when, and with whom you communicate certain messages.

What’s one of the easiest ways to demonstrate vulnerability? That was a hint. It’s asking questions.

That’s because seeking clarification is inherently a somewhat humbling activity. It requires that we call attention to the fact that we don’t know everything—that we need more information in order to understand a concept.

When a colleague or direct report shares something with you, you might ask:

Asking follow-up questions is a seemingly small change that can make a big impact in terms of showing that you’re more than willing to admit when you don’t have all of the answers. That is, in and of itself, an exercise in vulnerability—particularly when we often view knowledge as power and social currency at work.

You might’ve groaned or rolled your eyes at the first mention of vulnerability. That’s natural—it’s a word that still has some anxiety-inducing connotations, especially when we feel like we need to have it “all together” at work. But, take comfort in a couple of things.

First, being vulnerable doesn’t mean dragging your coworkers into your deep-seated tensions with your family or giving them the play-by-play of every emotion you experience throughout the workday. There’s still a line here, and there are certain issues and concerns that are better reserved for close friends, the HR department, or even a mental health professional.

Secondly, in the world of work, vulnerability is no longer synonymous with breakable and defenseless. Instead, it’s correlated with far more positive terms like authenticity and trustworthiness.

So, take a deep breath and figure out some ways that you can (comfortably, of course) share a little more of yourself—your feelings, experiences, goals, and challenges—with the people you work with. It might just be the push you need to unlock greater trust, more meaningful relationships, and ultimately, a high-performing team.

5 Types Of Boundaries To Start Setting With Your Team

Discover why boundaries matter on teams, the most important types of boundaries to set at work, and how you can put them into practice.

How To Address And Resolve Team Conflict When You're All Remote

Will you ever completely eliminate team conflict? No, but knowing how to mitigate it and address it will help you maintain a positive culture on your remote team.