How To Beat Decision Fatigue With Better Brain Habits 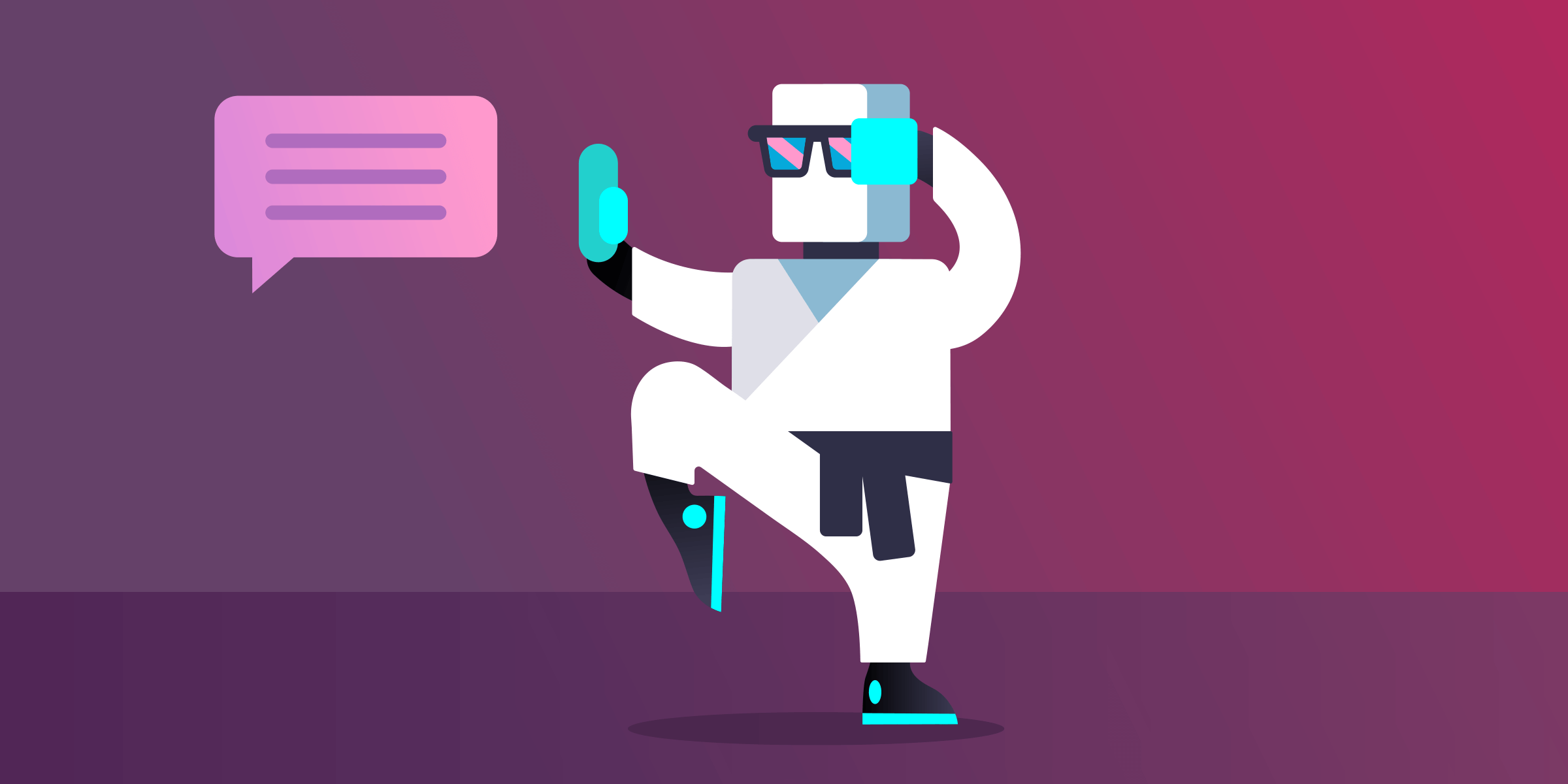 You wake up every morning with decisions to make: What to wear, what to eat, and of course the perennially difficult decision of heading to the gym or remaining burrowed in your warm bed. These are all important decisions that set the tone of a productive morning and day. And once you clock into work, the decision flood gates open. By the time you’re winding down for the night, you’ve made an average of 35,000 decisions!

Most likely you’re feeling emotionally drained by the end of the day. After making all these decisions, the mere thought of making another one is exhausting. But it’s not a lack of coffee causing you to feel depleted and overworked.

The culprit is decision fatigue.

Coined by Roy F. Baumeister, social psychologist and author of Willpower: Rediscovering the Greatest Human Strength, decision fatigue occurs after a long session of decision-making which results in low self-control and willpower. Just like your muscles tiring out after a long cardio workout, your brain is also a muscle that becomes exhausted. And when your brain is tired, it conserves energy by making impulse decisions—or by making no decisions at all. There’s a reason why you tell your partner, “I don’t care what we eat for dinner, you decide!”

So what are the effects of decision fatigue on your productivity? And what are some ways you can  build up your self-control stamina to make better, healthier decisions all day long?

When Fatigue Sets In

Baumeister and his team explained that there is a link among decision-making actions, self-control, and willpower. Self-control appeared to deteriorate over time from repeated exertions, such as decision-making. Just as the brain and body are muscles that can wear out with excessive use, self-control and willpower are also subject to exhaustion. As we make decision after decision, we drain our ability to control our impulses.

For example, if you’ve spent the day in back-to-back meetings and your employee asks you for approval to send out a presentation to the sales team, you may impulsively give the green light without reviewing it, only to discover later that the wrong data was used in the charts.

Similar to the effects from lack of sleep, decision fatigue results in a lack of emotional intelligence, multi-tasking ability, as well as the initiative to produce innovative solutions to problems, to assess risks, and to anticipate consequences. Phew, that’s a lot consequences.

In the digital age, information comes at you like a tsunami. From the moment you wake up, notifications from email, social media, and chat channels are fighting for your attention. Without your awareness, your brain creates shortcuts in the form of cognitive biases to help you process this influx of information. For the remaining information that is not processed automatically, you have a decision to make: ignore it or to pay attention.

With all of the information vying for your attention, you make choices. Even ignoring information is a choice. The more choices you make throughout the day, the harder it becomes for your brain to make more. So to conserve energy, your brain creates more shortcuts.

One shortcut is to act impulsively when making decisions. As you become fatigued by decision-making, your self-control is also depleted. When your self-control guard is down, you are more prone to make impulsive decisions that are not necessarily the right choice. Sometimes this may not be the wrong choice, but it could just be the safe choice.

Researchers found that these decisions were not based on bias or malicious intent, but instead were based on a judge’s decision fatigue. If the judge had made many decisions to give a prisoner parole or not during the early hours of the day, they were more likely to deny parole later in the day. This may have not been the wrong decision, but it was the safer decision for the judge to make.

In making decisions, the brain takes these shortcuts and favors short-term gains. Decisions are driven by the urgent need to complete the task and make a choice, especially when our willpower is running on empty.

Baumeister and his colleagues discovered in a series of experiments and studies that decision fatigue depletes self-control which results in emotional problems, underachievement, lack of persistence, and even failures of task performance. Instead of thinking of the consequences, you are more apt to make an impulsive decision. The other shortcut is to do nothing. Your brain literally goes into analysis paralysis.

At the organizational level, this can be seen in the form of bottlenecks. People who become bottlenecks are usually in managerial positions and are fielding multiple requests and making multiple decisions every day. Eventually, their ability to make decisions hits a low and they decide to do nothing in order to avoid failure in the form of making the wrong choice. So next time you encounter a bottleneck situation, you may want to ask your colleague how many decisions she made that day and if it’s time for a break.

How To Defeat Decision Fatigue

Luckily, there are plenty of ways you can combat decision fatigue. With some routine and healthy breaks during your day, you’ll know how to replenish your willpower and boost your productivity during a decision-heavy day.

1. Pull back from the chaos

There’s a reason why some of your best ideas and decisions are made when you’re in the shower or on a walk outside with your pup. When you pull away from demands of daily life, you free the prefrontal cortex, the “thinking” part of your brain.. This area of the brain is responsible for logical thinking and using willpower to overcome impulses (crucial to fighting decision fatigue). Your brain then subconsciously presents new and existing knowledge that you weren’t able to tap into when you were surrounded by the buzz of the work day. By giving your brain a break, you allow it to make improved neural connections and ultimately better decisions.

There’s a reason why some of the greatest leaders in the United States wear the same outfits on a daily basis. Steve Jobs, Mark Zuckerberg, and Barack Obama are always shown wearing the same colored shirts or suits. This isn’t a coincidence. Instead, developing this routine for menial tasks (like getting dressed) conserves their brain space and energy for larger decisions.

“You’ll see I wear only gray or blue suits. I’m trying to pare down decisions. I don’t want to make decisions about what I’m eating or wearing. Because I have too many other decisions to make.”
- Barack Obama, 44th President of the United States

Building a wardrobe with similar clothing schemes and picking out your clothing the night before are great ways to follow in the footsteps of Obama or Zuckerberg. Baumeister and his colleagues found that the most successful people conserve their willpower by developing effective habits and routines to help reduce the amount of stress in their lives. Your routine can consist of eating a healthy breakfast, hitting the gym, reading a chapter of a book, or meditating. Whatever your preferences, a consistent routine at the start of your day will help you combat decision fatigue.

A great way to boost your productivity is by batching your work. At Trello, we use a maker vs. manager schedule. Our team members block off certain days of their week that are dedicated to “making,” or doing creative work, and other days that are dedicated to “managing,” or having meetings with colleagues and strategizing on projects. It’s also effective to batch your daily tasks by time blocks each day. For example, you can schedule an hour’s time in your calendar to get to inbox zero by 10am everyday.

By putting work into these silos, you remove the need to make decisions on what you want to work on every day or even every hour. Instead you have a consistent, daily routine that frees your mind of small decisions that lead to fatigue. If you need some discipline on batching your work into dedicated time slots during your day, consider trying the Pomodoro Technique!

If you have to book a flight for your next business trip or inform your boss of which web designer you would like to hire, set a personal deadline for yourself to make the decision. By setting a deadline, you are telling your brain when it needs to come back to the thought and make the decision. This will help free your brain space and energy to focus on other tasks that need your immediate attention.

Pro tip: Turn the task into a Trello card and set a due date so you get a reminder ahead of deadline.

5. Eat a healthy snack (that has glucose)

It may seem like a simple tip, but hunger is scientifically linked to your desire to make impulsive decisions. When you are hungry, your stomach produces the hormone, ghrelin, which decreases impulse control. And according to Baumeister, “acts of self-control cause reductions in blood glucose levels, which in turn predict poor self-control on behavioral tasks.” So when you are hungry and your glucose levels are low, eating a healthy snack can give you the jolt you need to be more productive and to avoid making a wrong decision. Next time you have a long meeting or a working session that results in mental fatigue, buffer in time before your next task or meeting to munch on a piece of fruit or granola bar.

There’s no way to avoid making decisions, but with a few of these tips in your toolbox, you’ll be able to quickly identify when fatigue is setting in and how to combat it. Now go forth and flex that self-control muscle!

Do you encounter decision fatigue? What are some ways you fight against fatigue and boost productivity? Good or bad, we'd love to hear your thoughts. Find us on Twitter (@trello) or write in to support@trello.com.

Next: Level Up Your Willpower Stats for a More Successful WorkDay