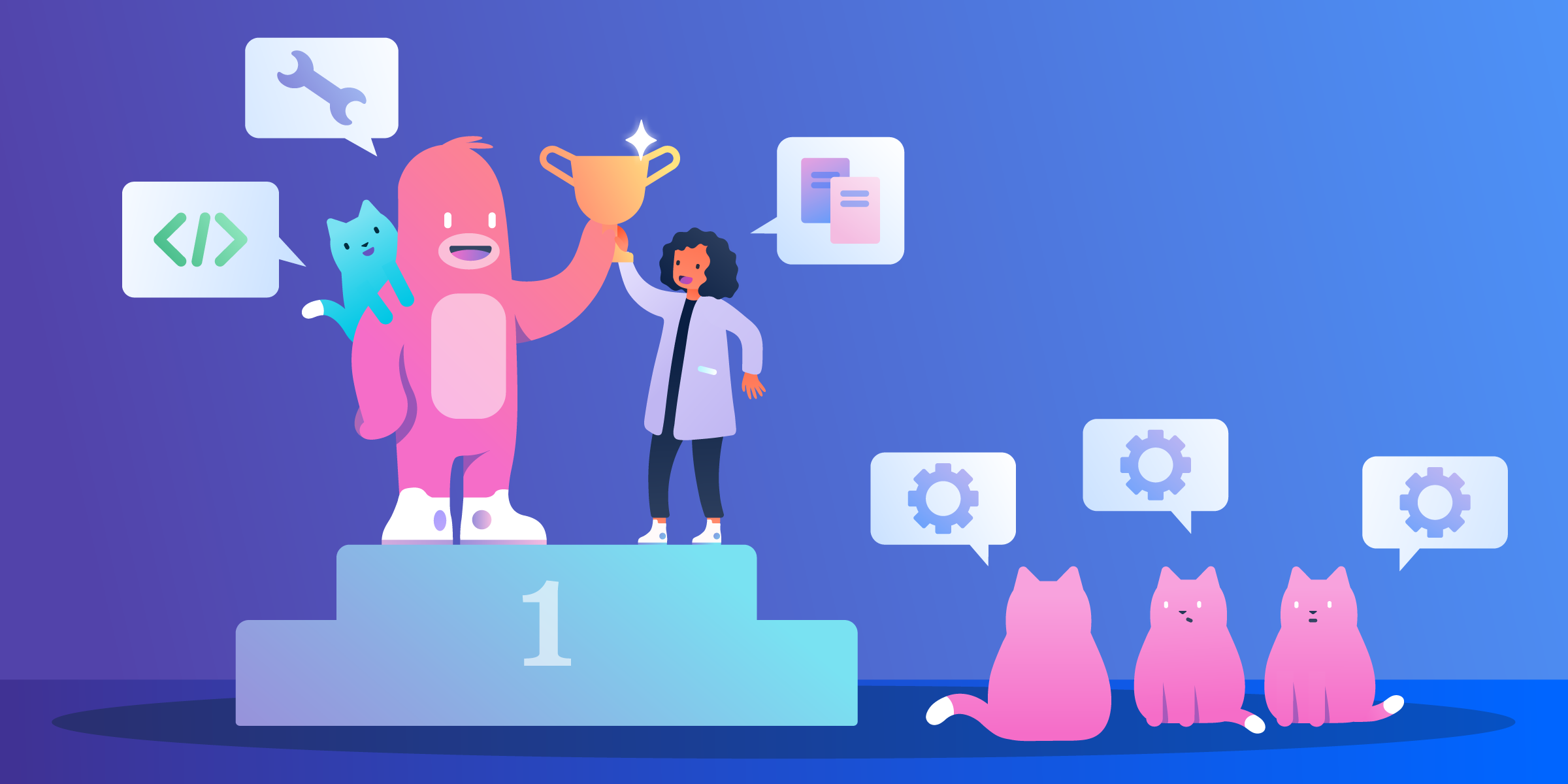 We have a question for you: What’s the recipe for an amazing and unstoppable team?

All of the above, if you ask us. But there’s one more big thing that’s missing from that list: diversity.

More Than A Buzzword: The Benefits Of A Diverse Team

A diverse team is a group composed of a variety of different people. Those differences can include:

...and that only scratches the surface. Basically, when you have a truly diverse team, your team members are of varied backgrounds, viewpoints, and experiences.

Here’s your next question: What’s the big deal with diversity? Is this just an empty, corporate buzzword or does it actually carry weight?

Spoiler alert: It’s really important. Research shows that being intentional about building a diverse team leads to a number of different benefits.

There’s a term you might see crop up frequently in conversations about team diversity: homogenous teams. In case you don’t remember the term “homogeneous” from your high school chemistry class, it means things that are the same. So, a homogenous team is a team that’s made up of people who are all very alike.

Homogeneous teams easily fall into the trap of groupthink, where they subconsciously make lower-quality decisions in the interest of conforming with the rest of the group. In contrast, a diverse team is more creative and innovative.

Why is this the case? It’s quite simple: People with different backgrounds, perspectives, and experiences will bring their own unique ideas to the table.

Having diverse perspectives allows for more out-of-the-box thinking and better ideas overall. After all, the old “two brains are better than one” sentiment doesn’t mean much if those two brains are exactly the same.

Why? Well, there’s undoubtedly a lot at play.

But, improved decision-making is a big piece of the puzzle. Since diverse teams aren’t as prone to groupthink, they can look at the facts from all angles and make better choices. One study found that inclusive teams make better choices up to 87% of the time.

Diversity isn’t just a point of focus for employers—it also matters to employees.

When it comes to recruiting top talent, diversity is something that candidates are keeping an eye out for. A recent Glassdoor survey found that 76% of job seekers say diversity is an important factor when considering companies and job offers.

Diversity Matters—But How Do You Build It?

The benefits of diversity are unmistakable, but they don’t just happen. Saying you value diversity and proving that you do are very different things (as evidenced by the fact that only 3.2% of Fortune 500 companies openly shared race and gender demographics of their employees in 2017).

Much like any other objective, building a diverse team requires conscious effort and not just lip service. How do you accomplish that?

Let’s dig into a few strategies for building and supporting a diverse team in a way that’s positive and authentic.

Many employers have used the term “culture fit” when evaluating applicants, with the goal of finding candidates who would mesh well with their team. The intent is noble—they want to identify people who they think would thrive in their work environment.

However, hiring for culture fit is completely subjective and can even lead to bias (which usually happens unconsciously) and a homogeneous team.

“It is an incredibly vague term, and it’s a vague term often based on gut instinct,” says Katherine Klein, a management professor at Wharton. “The biggest problem is that while we invoke cultural fit as a reason to hire someone, it is far more common to use it to not hire someone. People can’t tell you what aspect of the culture they are worried about.”

Plus, culture is hard to define and measure, making it a squishy benchmark for hiring decisions. In one survey conducted in 2013, 82% of respondents thought culture fit was an important consideration. Yet, only 54% said their organization had a clearly-defined culture.

So, rather than relying on the somewhat intangible concept of culture fit, try flipping the script. For example, instead of trying to evaluate how a candidate would blend into the existing norms, Buffer now asks:

Those questions are way more enlightening than the “who-would-I-grab-a-beer-with-test anyway.

It’s a bit of a gut punch, but we all enter into exchanges with biases. You’ll hear these referred to as unconscious bias or implicit bias. We use stereotypes of different groups to shape our opinions about them.

Unfortunately, this has been hard-wired into humans from an early age. In one study, young children were randomly assigned to red and blue groups. When they were shown pictures of other children wearing different colored t-shirts, guess which ones they liked best? Yep, the photos of children who wore t-shirts that corresponded to their group color.

These biases are hard to undo but mindfulness can be powerful and help us understand people’s actions, reduce our negativity bias, and see other people as equals.

Plus, there are plenty of tactical ways you can mitigate bias in your hiring process, including:

These types of changes will level the playing field and help keep those implicit biases in check.

3. Take A Close Look At Your Recruitment Materials

You’ll struggle to build a diverse team if certain candidates don’t feel welcomed into your hiring process to begin with. “But we always say that we’re an equal opportunity employer!” you’re probably thinking. “Our hiring process is super accessible and inclusive.”

You might be surprised by the ways you could be excluding some top-notch candidates, including:

These efforts will help you attract a more diverse pool of candidates, while simultaneously proving that diversity is something you’re passionate about investing in—and not just a publicity stunt.

Diversity and inclusion expert, Verna Meyers, says it best when she says, “Diversity is being invited to the party; inclusion is being asked to dance.”

Building a diverse team is an admirable ambition but don’t forget about what happens next. How will you ensure that every single member of your team feels valued, seen, and supported?

There are a number of different steps you could take to build a more inclusive environment, such as:

Differences Make The World Go ‘Round

Building and supporting a thriving team is no easy task, and that’s part of what makes a homogenous team the easy default. Working with people who look, think, and speak just like us can be less challenging and way more comfortable.

But, that comfort comes at a pretty hefty cost, especially when it comes to team performance.

So, while everything from psychological safety to transparent communication are all key ingredients in the recipe for a high-performing team, diversity is the not-so-secret sauce that you quite literally can’t afford to leave out.

Next: How To Build An Adaptable Employee Manual With Trello

How many of the 8 characteristics of healthy teams does your team have? Our Trello template makes it easy do a team health check to find out.