Are These Defense Mechanisms Preventing You From Being Productive? 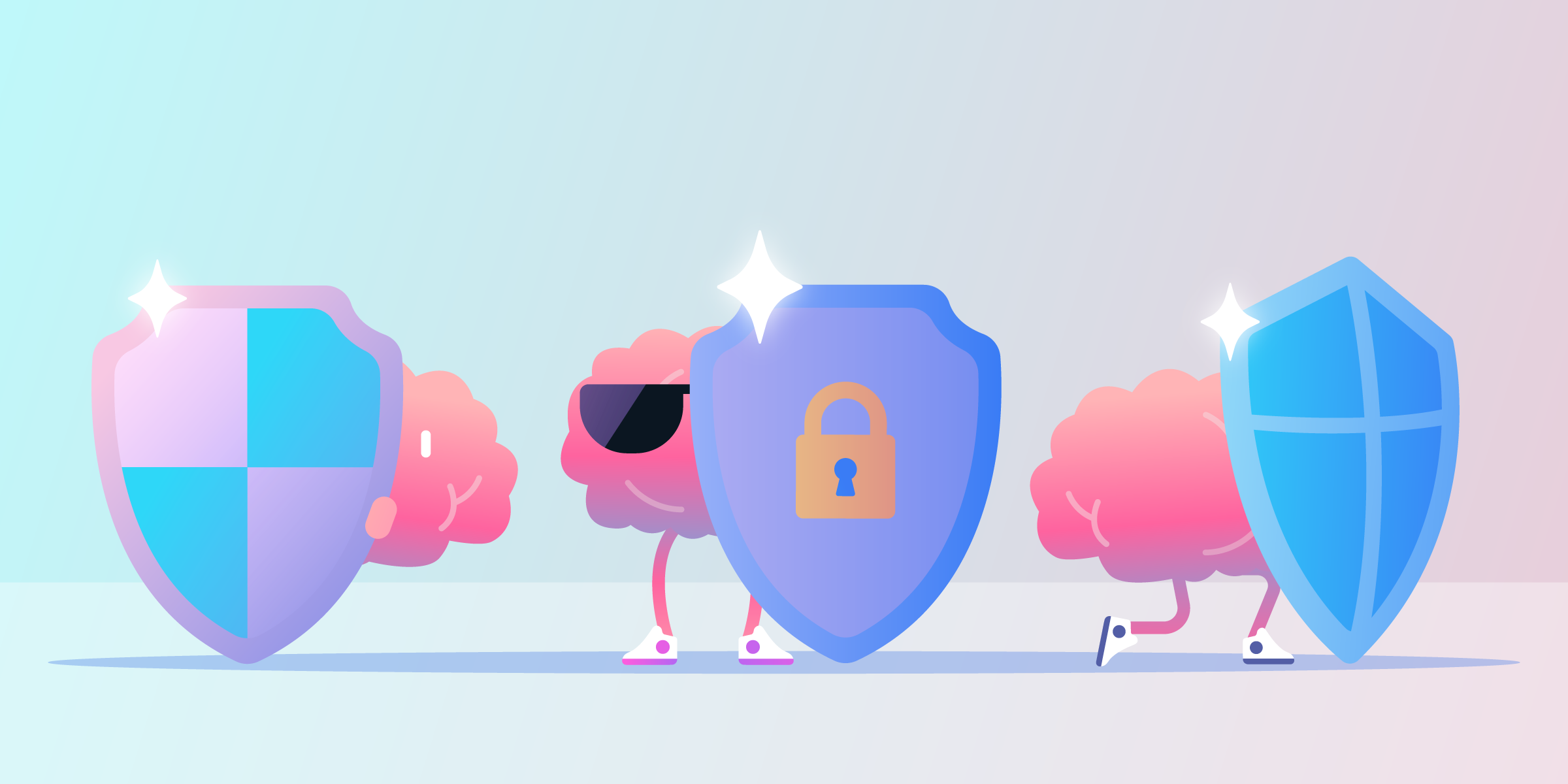 Allow me to kick things off with a (perhaps embarrassing?) confession: The very thought of writing this piece seemed really intimidating to me.

I was concerned about creating something that was thorough and accurate, yet still made sense and was easy to read. Plus, I knew doing so meant that I’d be elbows-deep in a lot of heavy psychological research.

So, do you know what I did? Like the responsible adult that I am, I avoided this assignment for as long as I possibly could. I tackled a lot of other smaller (and easier) projects first: I cleaned out my inbox, I called my mom, and I even brushed my dog.

Needless to say, it doesn’t require much psychoanalysis to figure out my default defense mechanism: avoidance.

We all have this “anti-superpower” which does more harm than good at times. Finding out what yours is isn’t some sadistic exercise—pinpointing it can help you move past it. So, what’s yours? What behavior do you rely on to fend off feelings of anxiety and preserve your own ego? Not so sure? Well, let’s dig a bit deeper and find out.

But First...Why Do We Use Defense Mechanisms?

Defense mechanisms were first noted by Sigmund Freud, the famed founder of psychoanalysis. However, they were further developed and expanded on by his daughter, Anna Freud, via her notable research.

At their core, defense mechanisms are really self-serving. We all use them subconsciously in order to ward off and protect ourselves from negative thoughts or feelings—such as anxiety or guilt.

Our defense mechanisms really kick into high gear during situations where we feel threatened. That doesn’t necessarily mean physically threatened—rather, these psychological strategies are prevalent in high-stress environments where we doubt our abilities and suddenly become hyper-aware of our own shortcomings. We go on the defensive in order to preserve our own egos.

Of course, defense mechanisms can crop up in all areas of your life. But they’re visibly prevalent in the workplace, where stress often runs rampant and there’s an overwhelming desire to put your best foot forward.

Here’s the thing: Defense mechanisms are normal, and we all use them to a certain degree. But, as the research explains, it’s when these behaviors are used to the extreme that things take a turn for the worse: toward obsessive and even neurotic tendencies.

How do you stop your own defense mechanism from becoming a bigger problem, especially in the workplace? The first step is to recognize which one you’re relying on. A quick search reveals that there are tons of different ones out there, so we’re breaking down just a few that are likely lurking right in your own office.

Mechanism Motto: I’m going to stay as far away from that stressful thing as possible.

Let’s start with my personal favorite. Whenever there’s something that you don’t want to deal with, it often seems easiest to just avoid it entirely.

For example, maybe you’ve been strategically planning your coffee refills so you don’t have to run into that colleague you had a disagreement with in the break room.

Here’s the major problem with avoidance: things don’t go away just because you ignore them. That assignment will still need to get done. That conflict with that co-worker will need to be resolved eventually.

And the real kicker? Things often get worse the longer that you avoid them. Not only does your deadline get closer or the tension with your colleague simmer, but the anticipation itself is torture and often makes you blow things out of proportion. The sheer dread leading up to the confrontation is a powerful (and stressful) emotion.

Science backs this up. In one study that involved 35 participants who received electric shocks, 70% of them opted to receive stronger shocks immediately, as opposed to less severe shocks later (simply because the anticipation would’ve been agonizing).

Imagine that you and your team are working on a large project together. The deadline is closing in, and you still have a lot of work left to accomplish—so much, in fact, that several of your team members have expressed concerns about whether or not you’ll make it over the finish line.

Every time they show even a shred of doubt you quickly reply with a seemingly nonchalant, “Nah, I’m not worried. That’s not going to happen.” Sure, you could call that positive thinking. But really, it’s a defense mechanism we all know as denial.

Denial is more than just avoiding a potentially threatening thought or circumstance—it involves vehemently denying the fact that it even exists. There’s no way that your team could miss the deadline. It’s not even a possibility.

Things often get worse the longer that you avoid them. Not only does your deadline get closer or the tension with your colleague simmer, but the anticipation itself is torture and often makes you blow things out of proportion.

Of course, worst-case scenarios are possible (and that’s far easier to recognize when you aren’t in the thick of things). But this defense mechanism blinds you with optimism so that you can move forward without the burden of realistic expectations.

“There is an immutable fact about denial: it does not work long term,” writes Carl Alasko, Ph.D. in an article for Psychology Today. “Reality always wins. And when it does, the next step in the process is to blame, which shifts responsibility onto someone or something else.”

Mechanism Motto: That wasn’t my fault because...

Ah, the old blame game. That’s exactly where rationalization comes into play. With this defense mechanism, you come up with a bunch of “facts” that explain why a situation played out a certain way.

Let’s go back to our example of missing a deadline for your team project. Admitting that you didn’t get it done on time because you started too late can sting.

You know what’s way easier? To say that you missed that deadline because another team was late getting you what you needed. Or your computer crashed. Or someone drank all of the coffee again. Or all of the above. Taking an honest look at your own faults and acknowledging how you’ve contributed to your downfall is never easy.

“For many people, with sensitive egos, making excuses comes so easy that they never are truly aware of it,” explains Saul McLeod, a psychology researcher for the University of Manchester, in an article for Simply Psychology. “In other words, many of us are quite prepared to believe our lies.”

Research backs this up: In one study, 42 participants (half seniors and half millennials) were given a form with 102 questions asking them about what they did the previous day (i.e. “Did you press snooze on your alarm clock?”).

What they discovered was surprising: People (particularly those from the senior group) were more inclined to believe the false answer they had previously recorded. And what was even more shocking was that the electroencephalography (which monitored participants’ brain activity) data found that lying actually engaged the brain processes responsible for working memory.

Rationalization comes naturally to most of us, but it’s still not a healthy habit in the workplace—one study shows that it can even be contagious. And that’s bad news because research also shows that, on teams where blame becomes the norm, there’s less creativity and poorer performance.

Mechanism Motto: I need to find an unsuspecting target for my negative emotions.

Your boss strolled into the office an hour late. That’s a transgression you could’ve ignored...had they not had the audacity to then call you into their office and give you a lecture on the importance of showing up to work on time.

Smoke is coming out of your ears, but you know that you can’t yell at your boss. You keep your cool, apologize (...for nothing), and then exit their office.

If you rely on displacement as a defense mechanism, anyone who crosses your path is going to wish they hadn’t. You may become unjustifiably angry with your direct reports, or even snap at your innocent colleagues. Put simply, you’ll channel all of your frustration and negative emotions into the totally wrong target, all because directing those feelings at your boss would’ve meant consequences for you.

You’re human and bad days are inevitable. However, the fact remains that it’s not a reliable coping strategy and will only do damage to your working relationships long-term.

“Naturally, this is a pretty ineffective defense mechanism, because while the anger finds a route for expression, its misapplication to other harmless people or objects will cause additional problems for most people,” writes John M. Grohol, Psy.D.

Tear Down Your Walls: Can You Prevent Your Defense Mechanisms?

Remember, defense mechanisms are normal. And, when used occasionally, can actually help you. However, it’s when your defense mechanism becomes a repeated daily habit that you can sabotage yourself in the office.

I won’t sugarcoat it—stopping yourself from relying on these defense mechanisms is uncomfortable and challenging. It requires that you do the one thing you were hoping to avoid: allowing yourself to be vulnerable.

Like any other behavior, the first step in making a change is to recognize the problem. Analyze your thoughts, emotions, reactions, and exchanges at work to figure out which of the above defense mechanisms you’re using as a crutch.

Don’t see yourself in any of the above? There are plenty of other defense mechanisms out there, including:

Once you’ve identified what you’re using to preserve your own ego, it’s time to enlist some help so you don’t fall right back into old habits.

Find someone you trust on your team or in your office that can hold you accountable and identify when they see you putting your guard up. This should be someone who can, in the heat of the moment, direct your attention to the fact that you’re displacing your frustration or avoiding your to-do list.

It’s not a secret that accountability partners can work wonders. The American Society of Training and Development found that people are 65% more likely to complete a goal after committing it to another person. So, if your goal is to change your behavior, you can expect a pretty decent success rate.

The Best Offense Is a Good Defense...Right?

This  sentiment holds true in sports, but not so much at work. Relying on any type of defense mechanism too much makes it all too easy to lose sight of the reality right in front of you.

Here’s the good news: You can do something about it.

After all, if I could finally force myself to sit down and write this article, I think you can overcome your own defense mechanism, too. That’s a fact that’s difficult to deny—even if denial happens to be your go-to choice of defense.

Next: How To Hack The Anxiety Roadblock And Get More Done

Convince Your Boss They Need To Adopt The Tool You Love

How To Be A Leader No Matter What Your Role Is