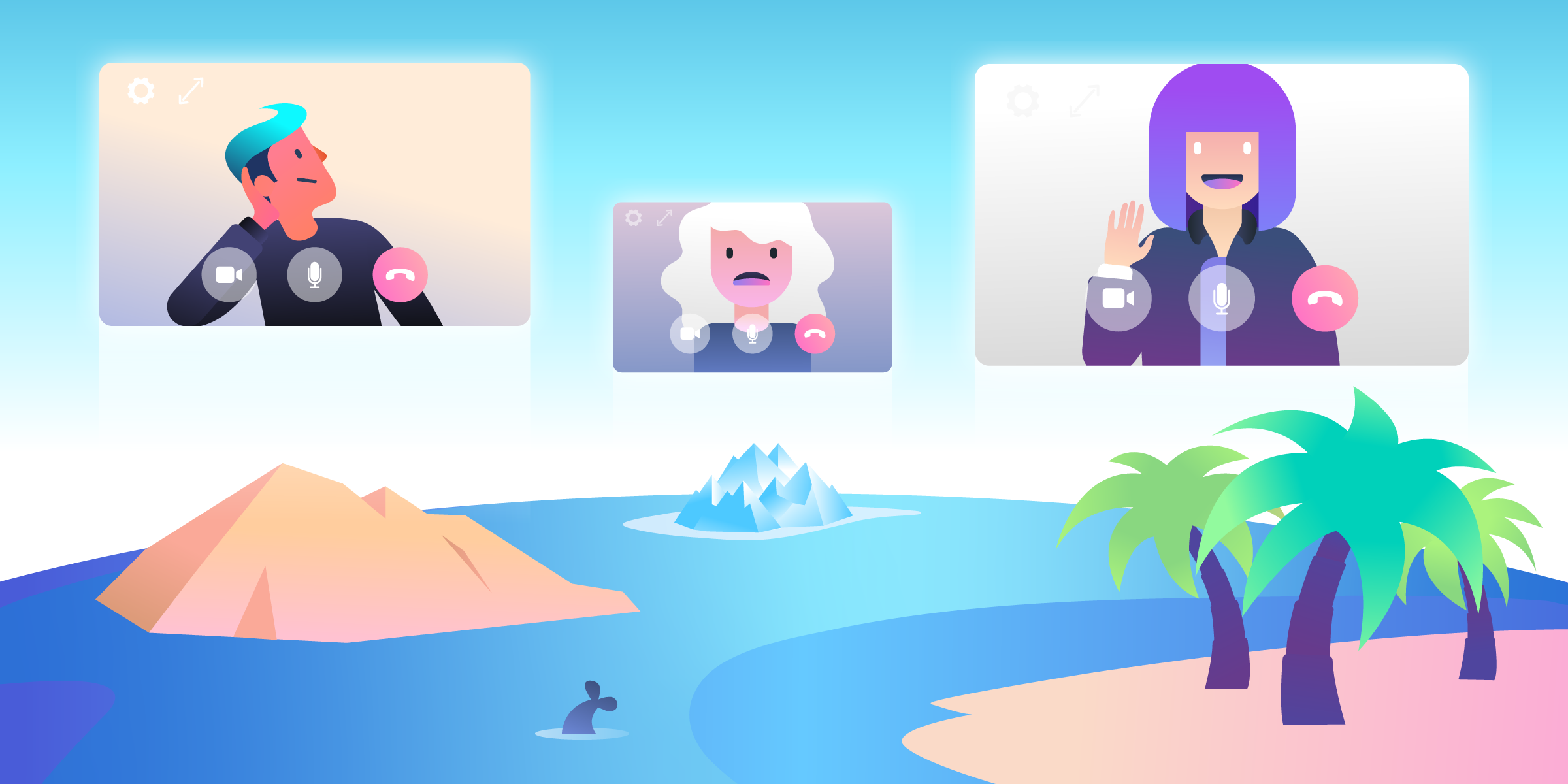 Would you consider yourself an empathetic leader at work? Are you always willing to lend an ear to your co-worker’s latest band practice drama, or would you prefer to keep conversations at the corporate level?

A recent survey conducted for the 2021 State of Workplace Empathy reported that a whopping 90% of respondents say they’re more likely to stay with an empathetic employer. Despite this, only 1 in 4 employees believe that empathy in their organization is sufficient, representing no change since 2020.

Empathy is described as not just understanding another person’s perspective, but truly putting yourself in their shoes and feeling those emotions alongside that person. It's a cornerstone of emotional intelligence, which has been proven to foster high-performing cultures and teams. There are countless benefits of empathy in the workplace, including increased happiness, productivity, and retention amongst employees.

It’s clear that many people crave workplace empathy, but the practices of empathetic leadership and co-worker connection aren’t effectively translating into reality. This disconnect is further exacerbated by the rise of remote work, which removes much of the face-to-face interactions of a traditional office.

Remote work, by definition, removes the need for colleagues to be co-located in one place. This means that those small, impromptu social interactions don’t necessarily happen organically the way they would in an office kitchen or social space. These informal conversations are great ways to connect and demonstrate empathy in the workplace, and for remote teams, this process needs to be more intentional.

A lack of empathy may be having a serious negative impact on your remote team, which, if not corrected, can break down team dynamics and lead to burnout, loss of productivity, and turnover. Let’s look at a few examples of remote team disparities that can lead to an unintentional lack of empathy, and how to spot these scenarios before they impact your relationships with your team.

Take the simple fact of geography: if you have a remote team that is located in New York, Chicago, Texas, and California, chances are that come January, there’s going to be a real mixed bag of emotions.

The weather is miserable in Chicago in January; they literally call it 'Chiberia'. Meanwhile, folks in Texas might be whistling dixie, enjoying the escape from the oppressive summer heat. 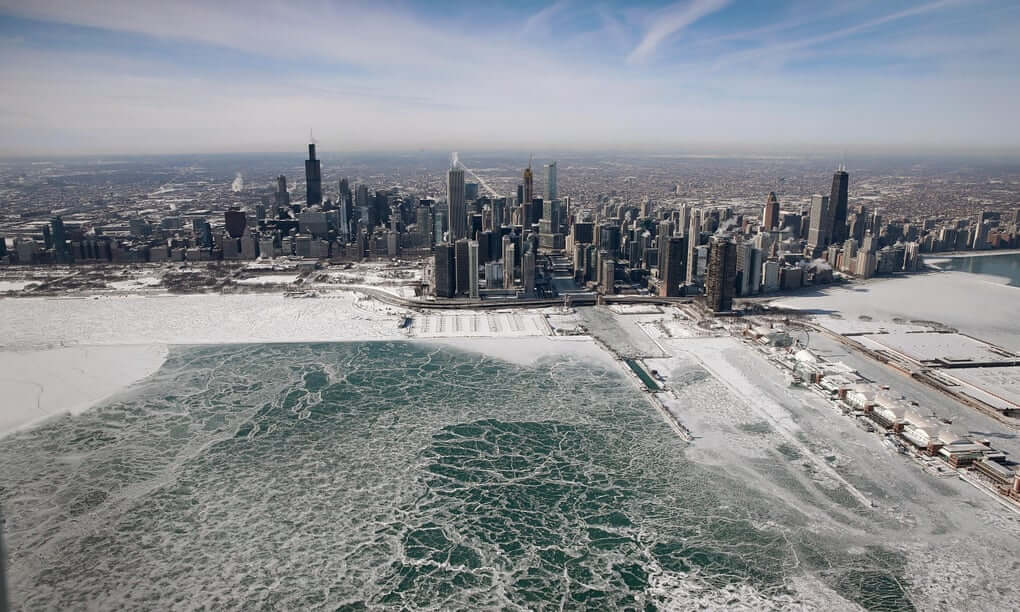 For some, these weather-induced mood changes are clinical. Seasonal affective disorder (SAD) is a form of depression that occurs primarily in the fall and winter months. It is believed to be caused by a lack of sun, due to shorter daylight during this time of the year. This phenomenon causes decreased levels of serotonin, thus bringing down the mood of a suffering individual. Even if someone isn’t suffering from SAD, living in a temporary tundra is known to invoke general feelings of malaise.

Being conscious of the differing experiences of your colleagues can go a long way in understanding why energy levels might not match up with the sun schedule in your own timezone.

Do: Try to keep the mood light (and bright ☀️) in chat by posting funny tweets or memes.

Don’t: Lament the “lack of energy” and coax people to put on a fake smile. It’s disingenuous and runs the risk of giving people the impression that their true feelings are not welcome. By all means, avoid starting video calls and meetings with a full report of the weather. Let’s leave that to the meteorologists.

In addition to geography, there are also natural forces to consider. The weather might be generally terrific in California, but those folks sadly encounter other disruptive elements, like forest fires and drought. Another fair weather area, Houston, Texas, was recently devastated by a hurricane.

If you’re based in New York City and you are on a remote team, you might come into work thinking it’s a normal day, whereas your coworker is petrified that their family and friends are being evacuated from their homes.

Even though many of these events are easily discoverable via news outlets, it’s not always obvious to draw these connections to a person you’re interacting with at work. That’s where the need for workplace empathy comes into play.

Do: Foster a culture of sharing context within your team by allowing folks to bring their whole selves to work. When someone opens up about trials in their community, make sure that person feels heard. Ask about opportunities to help. Hosting a monthly team bonding meeting that doesn’t revolve around project updates and strategy can be a great opportunity to allow your remote team to share other aspects of their lives with the group.

Don’t: Put those people on the spot in a meeting and ask them to share, or make light of their experience. If you’re not sure if they want to talk about it, reach out to them privately in an asynchronous medium like chat or email.

There is a myriad of normal human conditions that can be extremely disruptive to a person’s ability to engage at work:

Demonstrating empathy for your colleagues in these circumstances allows you to respect their boundaries, and understand why sometimes they need to prioritize other aspects of their life outside of the 9 to 5.

Do: Be understanding when circumstances out of a person’s control come up. Things happen sometimes. Treat others how you would want to be treated.

Don’t: Fault that person for their life circumstances: for example not putting them on a project, or calling them out for their absences in a group setting.

Demonstrating #empathy for your colleagues in these circumstances allows you to respect their boundaries, and understand why sometimes they need to prioritize other aspects of their life outside of the 9 to 5.
Tweet This
@TRELLO

The Political Disparity (There.. I Said It.)

This is an interesting one, especially considering politics are one of the most taboo topics in the workplace. In the modern workforce, however, teams don’t just span states, but also countries.

It’s not just politics as usual, either. Humanitarian crises happen in many countries across the world, and if you have colleagues based in other countries, it’s more important to pay attention to the happenings of their home base.

It’s difficult to empathize when you are largely uninformed of the ramifications of a situation that has absolutely nothing to do with you. Out of sight out of mind, right? But if it’s affecting your colleague, it will inevitably affect you, too.

Do: Make it known to those people that you are following the news in their area, and you are available to talk.

Don’t: Offer your own (most likely uninformed) opinion on the subject. Allow those who are in the thick of things their own space to speak freely.

The Downside Of Showing Empathy In The Workplace

Challenging yourself to demonstrate the importance of empathy in your workplace (especially if you’re working remote) can be a great goal to have. However, workplace empathy can sometimes backfire. 😖

Compassion fatigue is a phenomenon where people become overwhelmed after repeated exposure to the suffering of others. It is categorized by numbness and even, at times, depression. The utter exhaustion of interfacing emotionally with unfortunate circumstances is enough to burn out even a person who is just observing from the sidelines.

Desensitization is the enemy of empathy, so educate yourself on the signs and symptoms of compassion fatigue, and take a step back when you need to. Be open with your colleagues about how you’re feeling.

Another red flag to keep an eye out for is an unconscious bias towards showing empathy for some groups of people and not others. Studies show that these biases are typically a result of trying to find patterns and navigating stimuli in cultures, media, and upbringing.

However, the studies also show that removing these biases has proven to be a challenge. It’s important to keep unconscious bias in mind, particularly in a diverse remote workplace, when you’re chatting and working with your co-workers.

If you find yourself showing empathy for some colleagues but not others, ask yourself if there is an underlying reason that might be happening. Are you a parent, thus understanding the importance of empathy for other parents? Do you live in a warm place all year, thus seemingly unaware of the struggles of those long winter months?

Incorporating Empathy Into Your Workplace Culture

Remember that empathy is a cornerstone of positive workplace culture, and demonstrating an understanding of the experiences of your colleagues is a great way to foster community, even on a remote team.

Ask yourself how you are currently demonstrating empathy in your workplace, and come up with ways to amplify your contributions. A mile in someone else’s shoes can feel like a quick trip when you plan, pack your bag with some empathetic tools, and of course, wear comfy shoes.

How To Master Remote Work: A Roundup Of Trello Resources

Here is a roundup of Trello’s top six resources for leaders and their teams on how to master remote work.

Discover what employee experience is, why it matters, and how our tools create it in a remote-first world.

How to upskill employees for happier teams and better retention

Learn how an upskill program keeps teams happy, retains employees, and attracts top candidates. Kick off your upskilling program with these five steps.