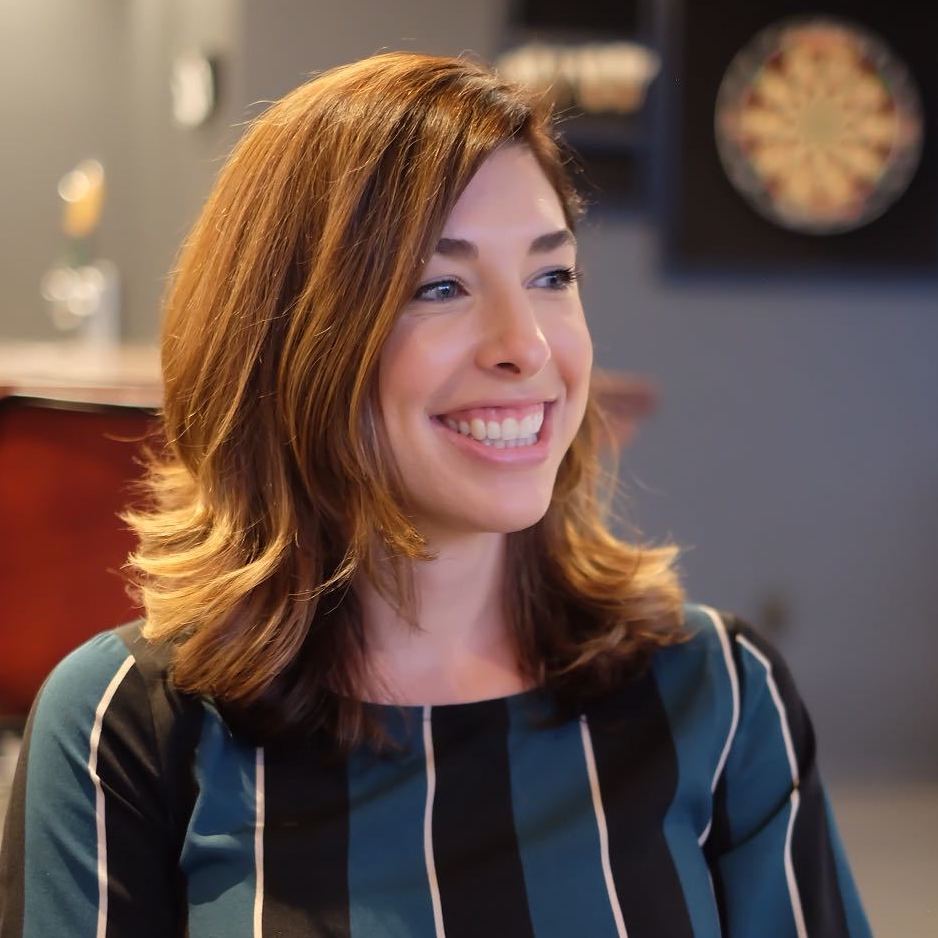 #Winning (/ˈhaSHtaɡ ˈwin-iNG/) noun: The result of gaining or achieving victory at a particular competition, contest, or goal, and needing to shout it from the rooftops.

That feeling of #winning is oh so good, especially when it comes to your performance at work. When you can handle incoming questions with ease, confidently ask for the resources you need, run your team projects smoothly, and then report it all back to your boss as exceeding targets—it all stacks up to a great day at the office.

Whether you realize it or not, you are using strategy at each of these points in your day to determine the best way to get the positive outcome you want. It’s a strategy to win, and it’s called game theory. In fact, it’s a concept you probably learned way back when you traded your snacks with other kids during recess. And these lessons have followed you all the way to your office and even as far as the board room.

Game theory, as it relates to our everyday experience of trying to be successful, is concerned with how people strategically interact when their outcome depends on the choices and actions of others.  It can apply in an outright competition, such as how a Formula 1 team strategizes to win a world championship, or the plan you take into your pitch with leadership for getting three new hires for your team.

The concept is far from new. In fact, Game Theory at Work: How to Use Game Theory to Outthink and Outmaneuver Your Competition by author James D. Miller, came out 15 years ago to tackle the very topic of professional competitive strategy. However, the recent smash hit film, Crazy Rich Asians, has brought game theory back to the forefront of our minds. One of the main characters, the fictional Rachel Chu, is an economics professor and opens the film with a poker-themed game theory lesson.

Spoiler: She beats her opponent with a bad hand. She explains her strategy to win by bluffing to her students:

“I know for a fact that Curtis is cheap. So he’s not playing using logic or math, but using his psychology. Our brains so hate the idea of losing something valuable to us that we abandon all rational thought and make some really poor decisions. So Curtis wasn’t playing to win—he was playing not to lose.”

The point that Rachel emphasizes here is core to game theory. She didn’t have a winning hand, but she still won according to the rules: The definition of winning is fluid. How you define it affects how you enter a competitive situation, and how you anticipate how others view it affects your outcome.

This is very much the case at work, where there is no clear path to success because each position, promotion, or project has trade-offs. Even in a sports match that awards winners by a points system, there are varying degrees of “winning.” Your motivations, and how you navigate those of your opponents, play a significant part in your overall performance.

If you’re wondering where you truly fit into the spectrum of success at work, here’s the question to ask yourself: Do you play to win, or not to lose?

Let’s dive in to understand how game theory can play into your everyday work life, with a little more inspiration from Rachel and the Crazy Rich Asians storyline.

Do You Value Promotion Or Prevention?

According to a seminal piece on the topic by the Harvard Business Review, performance at work is heavily influenced by personality type. In most cases, your default motivational focus will either center on promotion or prevention.

If you are promotion-focused at work, you’re more likely to:

You’ll probably be motivated most by dreamers and go-getters like T.S. Eliot (“Only those who will risk going too far can possibly find out how far one can go.”) and Wayne Gretzky (“You miss 100% of the shots you don’t take.).

If you are prevention-focused at work, you’ll often:

You might find inspiration in strategists and long-game thinkers like Warren Buffet (“Someone’s sitting in the shade today because someone planted a tree a long time ago.”) and Billie Jean King (“Champions keep playing until they get it right.”)

Most of us lean towards one type or the other. And one type doesn’t lead to more success than the other. The goal, says HBR authors Heidi Grant and E. Tory Higgins, is to find and create your “motivational fit” because when “the motivational strategies we use don’t align with our dominant focus, we are less likely to achieve our goals.”

How does this tie into game theory?

Knowing your default focus mode, and your ideal outcome in various work scenarios, helps you choose mentors or allies, clarify target goals, better relate to others, and create the right incentives to help you come out of situations at work with a result that makes you feel like you’ve succeeded.

It can also help you gain perspective on how to approach that next big goal or situation where you want to succeed, by knowing yourself and anticipating the focus mode of others you’re working with.

How To Play To Win

Author Morton Davis, sets the stage for understanding how to play to win in his book, Game Theory:

“The theory of games is a theory of decision-making.” This involves both how you feel you should make decisions, and how you actually make decisions, which is why understanding your motivations is valuable, because as Davis says, “your decisions are linked to your goals.”

How we make decisions in a setting where we desire to achieve a goal is where strategy enters in. According to Travis Bean who analyzes the connection between Crazy Rich Asians to game theory, “it’s about understanding your opponent and then employing a logic-based strategy to achieve the best result.”

Let’s get back to Rachel Chu in this case. In the classroom game of poker, she has a strategy to win quickly and to do so in order to make an educational point about game theory. So, she assesses her opponent’s motivations and plays her hand accordingly in order to win. She had to take a risk as she didn’t have a sure-fire winning hand, and worked quickly within the class time frame to reach her goal seeing as she couldn’t continue to play rounds of poker until she had a better selection of cards.

Rachel also winds up playing a larger strategic game with her potential mother-in-law over being accepted into Nick’s family, which culminates in a face-off at another game table, this time mahjong.

Without giving away too many spoilers, she struggles to establish a good standing with Nick’s mother, Eleanor, throughout the whole film. Rachel misunderstands Eleanor’s motivations, and vice versa. Rachel believes that Eleanor doesn’t approve of her because she’s too poor, ambitious, and (as Eleanor puts it) “Americanized”. Eleanor won’t accept Rachel because she could be the reason Nick moves from Singapore to New York permanently, cutting her off from her son.

In game theory, this is called a zero-sum game. One person’s gain directly equals the other person’s loss.

In this example, if Eleanor rejects Rachel, Nick will stay in the family but likely resent his mother for driving Rachel away. If Rachel accepts this in order to stay with Nick, she’ll play a part in him losing the support of his entire family.

Zero-sum situations are especially tricky in the workplace because it can feel like there will be interpersonal fallout following the outcome. If you get the promotion, someone else doesn’t. If you receive the full budget ask for your next project, it reduces the amount of funds available for the other team. It’s easy to get distracted from the end goal when you’re focused on making sure things don’t get awkward at any point in the proceedings. But having these tough conversations are part of the game.

In these situations, playing to win doesn’t have to mean steamrolling the competition (or your cubicle mate) in order to succeed at their expense. But you also shouldn’t feel the pressure to fold in order to maintain the peace. Playing to win means assessing the available choices through the most accurate lens possible. Accuracy on what you and your “opponent” both feel you need to achieve at minimum to feel like you’ve gained what you require or deserve. Don’t let biases get in your way!

At work (not unlike a family), playing to win will also mean playing as a team, so it’s important to keep clear on which solutions will equal the best possible outcome for everyone involved.

In the case of a promotion, you and the other person up for consideration can mutually benefit from a strong relationship where the promoted person can advocate and gain resources for the other. When budgets are up for grabs, establishing different t-shirt size options for your projects and keeping an open dialogue about the impact of your projects with the other team can clarify how to split the funds, or make a united case to the higher-ups that more budget is needed for both.

Next time you are in a tough situation like this at work, try the following Crazy Rich Asians-inspired framework:

The situation between Rachel and Eleanor comes to a head when Rachel invites Eleanor to play a game of mahjong over which they discuss the future of their relationship. Rachel opens by explaining her motivation in choosing this setting:

“My mom taught me how to play. She told me that mahjong would teach me important life skills: Negotiation. Strategy. Cooperation.”

They each have a goal to keep Nick in their lives, and ensure he is happy. They proceed to essentially follow this framework to (spoiler, again) arrive at a mutually beneficial conclusion. Let’s break it down, and how it might translate to the workplace:

It may seem like a stretch to apply such a highly personal use case to the workplace, but our motivations and strategies are influenced by our personal definitions of success—even at work.

As Eleanor says when she learns that Rachel could have accepted Nick’s proposal to renounce his family: “Only a fool folds a winning hand.” But Eleanor’s statement is incorrect. Rachel doesn’t go to Singapore with Nick and try to fit in with his family to impress him, or them. She’s motivated by love and her desire to be in a relationship with Nick, who values his family.

Being herself, staying true to her real intentions, while being open and flexible with her strategy to preserve a healthy relationship with him—this was her greatest competitive advantage.

As game theory shows us (and as Hollywood entertains us with), “winning” depends on many factors. The most important strategy is to know yourself and your motivations. Even when you find yourself in competitive situations, be authentic and committed to what you truly want while you progress towards your goal. Knowing that the path to achieving your goals isn’t straight and narrow is the first step towards meaningful success in your career—and in your life.

Next: 5 Ways To Process Feedback At Work Without Triggering A Stress Response 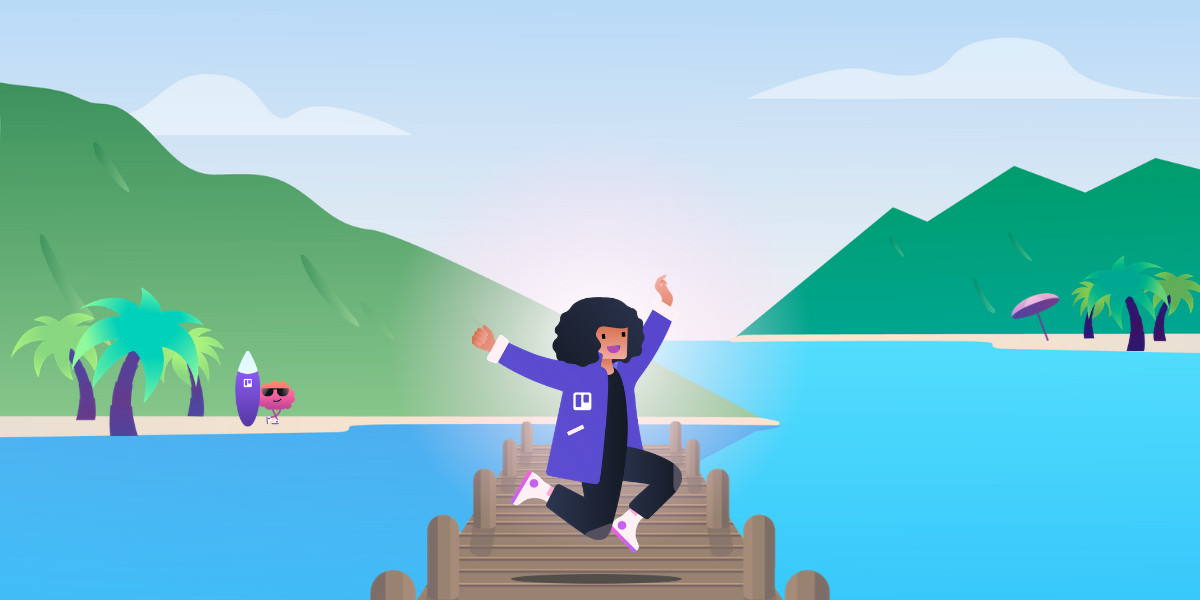 Enjoy (And Request) Vacation Days In A Stress-Free Way
Productivity

Enjoy (And Request) Vacation Days In A Stress-Free Way

Manage Your Team More Securely With Atlassian Access For Trello 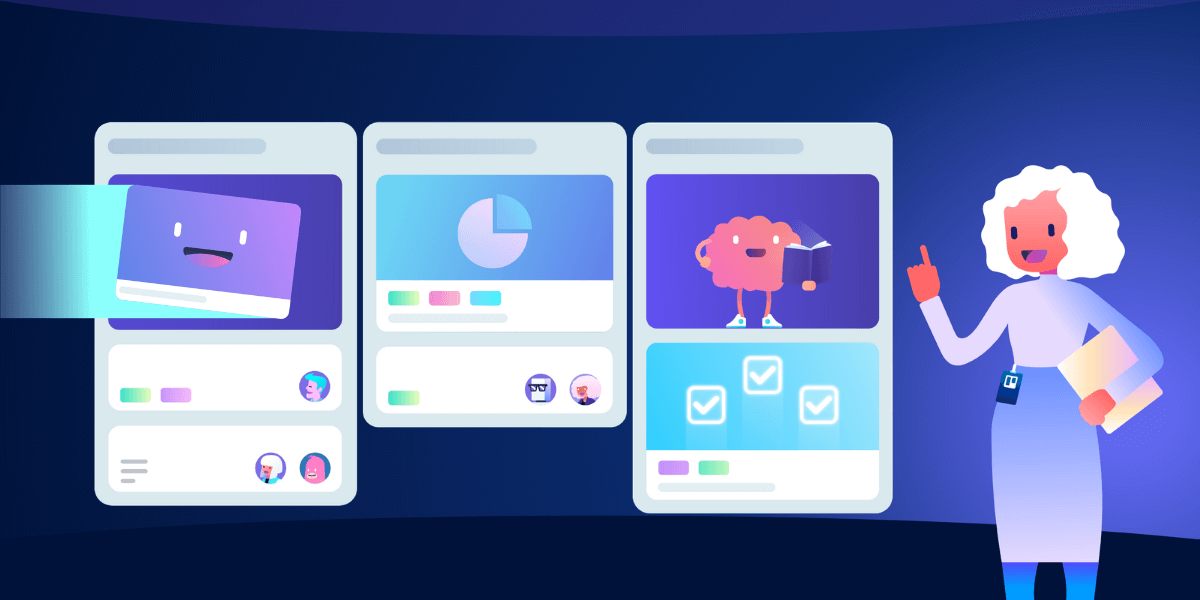 The Top Trello Tips For Beginners To Boost Productivity 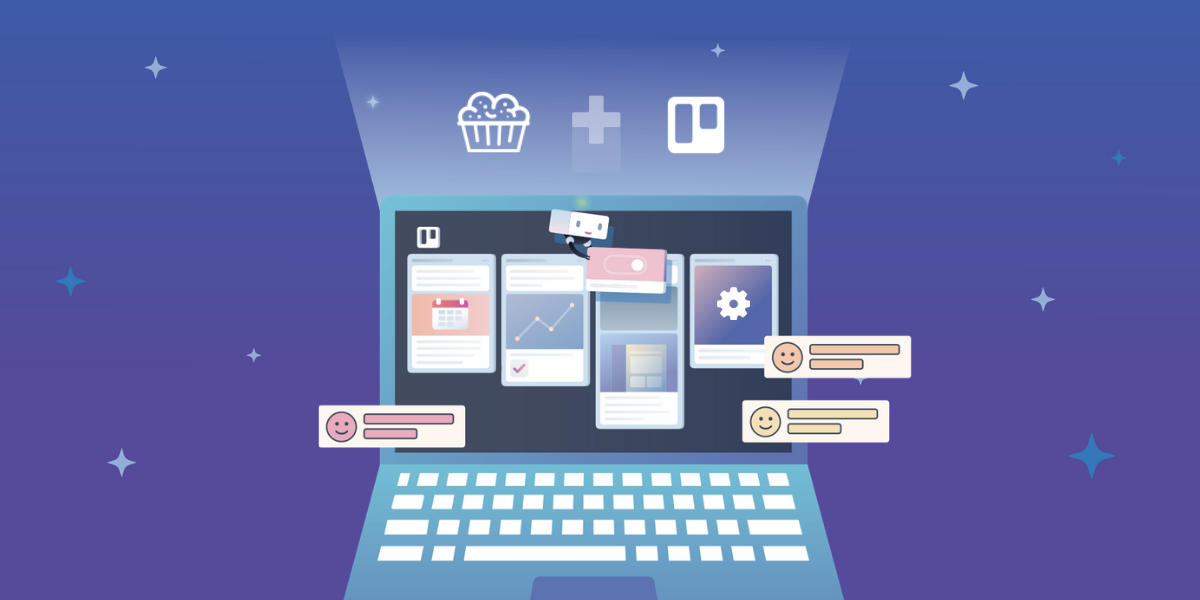 Close More Deals: How To Use Trello As A CRM With The Crmble Power-Up