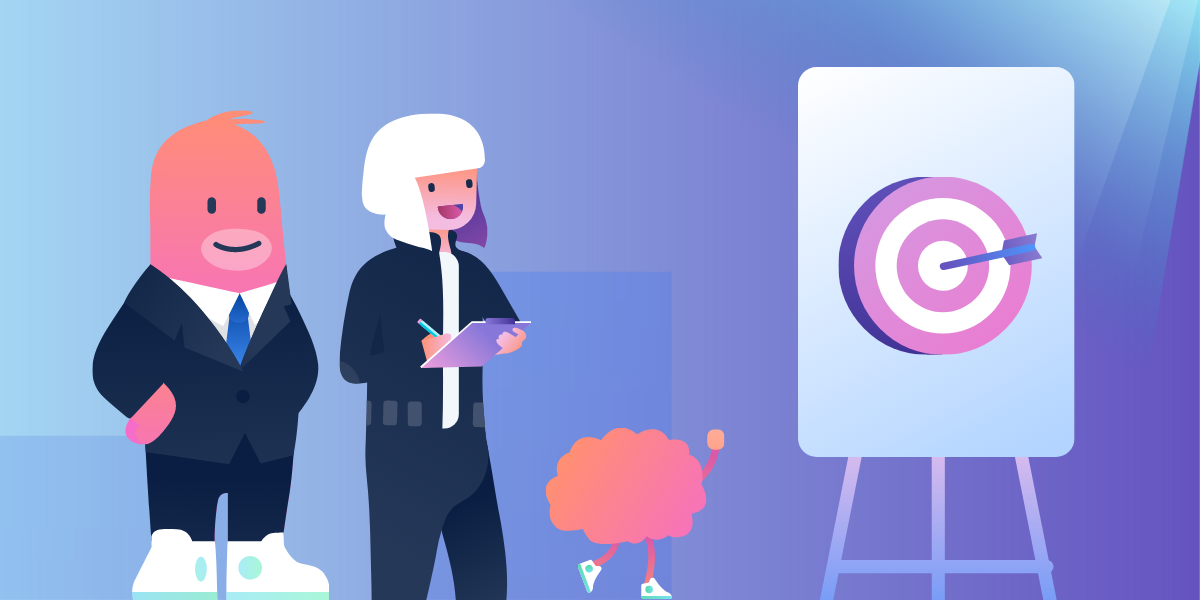 If the last couple years have proven anything, it’s that the world around us is changing faster than ever before. There’s so many parts of our daily lives, from iPhones to climate change to the phrase “digital natives,” that our great-grandparents would be confused (and maybe even frightened) by.

The future is now. But many businesses are still being run like it’s the 1950s, when really, we’re way out of the industrial age. This is the digital economy, baby, and businesses need to be as fast and flexible as a cyborg yoga teacher if they want to keep up.

One way to make sure your team stays ahead of the game is to be mission-driven. This is an autonomous, data-driven, and multidisciplinary style of working that explodes everything you thought you knew about business management. Mission-driven teams are agile, results-focused, and give team members the power to rely on their own expertise. Not only is this a super-efficient way of working, it’s good for us as employees, too.

People working in mission-driven environments tend to be more engaged and dedicated—in fact, they’re 54% more likely to spend five years of their life working for such a company.

But what exactly are mission-driven teams, and how can we assemble and lead them? Buckle up—let’s explore a method of team collaboration that’s a little more Blade Runner, and a little less Buddy Holly.

Traditional business structure separates teams into different departments, where they follow predetermined processes to generate defined outputs, like “sell $100,000 worth of product this quarter,” or “resolve 35,000 customer complaints.” In this structure, decision-making flows downward, and all actions must come from or be approved by upper management.

But today’s business world is in a state of constant change and ever-increasing complexity, and to compete, companies need to be nimble and agile. These older models don’t work anymore — it’s simply not fast enough to have every single decision approved by upper management, or to communicate across many disconnected teams.

Anyone who’s ever worked on a cross-departmental company initiative might understand the need for a new approach — trying to collaborate across different business functions can be slow, inefficient, and frustrating. It’s simply not an agile enough approach to keep up in today’s new business world.

On mission-driven teams, people are organized around, well, their mission—a desired outcome that they’re all working towards, rather than around specific business functions, like marketing or sales.

This might not sound that different from a normal team structure — after all, work is collaborative, and we’re nearly always chasing some kind of goal. But missions involve professionals working in many different disciplines, and they’re more big-picture and strategic. Missions are both broader and more targeted than the business goals you might be used to working towards.

Confused? That’s okay. Let’s put it into practice with a concrete example.

Let’s say you worked at a company who sold invoicing software for small businesses, and you decided to move towards a mission-driven team structure.

Before, you likely would have had a marketing team, with content writers and strategists, social media managers, or graphic designers, overseen by a Director of Marketing and Communications.

But in a mission-driven model, your teams would have many different kinds of professionals, working towards a single mission. For example, you might choose a mission like “make getting paid easier for our customers.” Then, you’d assemble a team around it.

There likely would be marketers on this team, creating campaigns and content to educate people on how your product can make their jobs easier. But there could also be developers focused on improving the product itself, scientists analyzing user data to understand what customers need to make their jobs easier, and customer experience specialists working to respond to those needs.

It’s A Journey (And A Destination)

The mission-driven team philosophy is that it’s the mission that matters, not how you get there. Whatever the team uncovers as the best course of action, using their expertise and all the available data, is the right path—even if it’s not what those in leadership were expecting.

To continue the above example, maybe the team looking to make it easier for their customers to get paid sets up a text messaging service so they can easily and instantly respond to their customers’ product issues. That might come as a surprise if management was expecting them to focus on product development or blog writing, but in this working style, they’d trust their team’s expertise (as long as they had the data to back it up).

A mission-based way of working is all about rejecting hierarchy and rigidity. Instead, companies who will thrive in the future must value resilience, encourage innovation and disruptive thinking, and willingly embrace risk.

To illustrate this idea, author Joi Ito described the founding of Youtube in his book “Whiplash: How to Survive Our Faster Future.”

Surprisingly, YouTube started out as a video-dating platform,“Tune In Hook Up.” Unsurprisingly, that idea flopped. But in the process, its founders realized that there was massive demand for an easy way to share videos online. They quickly pivoted to the YouTube we know today, and the rest is history—they sold the company to Google for nearly $2 billion just a year later!

These are big, ambitious goals, but let’s be real for a second. As exciting as this way of working sounds, it’s a radical shift, and a huge adjustment. In practice, what does it actually mean to build and lead mission-driven teams?

Who Makes A Mission-Driven Team?

Mission-driven teams are multidisciplinary. These teams bring together many different kinds of professionals, who use their varying expertise to work towards a common goal. That’s probably their defining feature, and what sets them apart from the function-specific teams you might be used to.

Mission-driven teams are also collaborative, and powered by open access to information. Gone are the days when workers had access only to what management felt they needed to know to do their job. Everyone on a mission-driven team has full access to all available information about their mission. In his book ‘Team of Teams,’ Stanley McChrystal described this as ‘shared consciousness,’ and it’s what lets these teams act so quickly, decisively, and responsively.

Mission-driven teams are also flexible—the only true constant is the mission itself. As the strategy for reaching their mission evolves, the exact makeup of professionals on the team might change, too. They might even switch out their leader if that’s what’s right for the project!

Professionals themselves will need to be flexible, too. They’ll work towards many different missions during their time at a company, and they need to be equally ready to tackle all of them, large or small.

How To Lead A Mission-Driven Team

Leadership plays a very different role in a mission-based management style. The ethos behind mission-based teams recognizes that managers don’t necessarily have all the answers. Instead, they’re there to lead everybody in working collaboratively towards a goal.

In a mission-based team environment, managers are more like “mission owners.”
Transparency is key—mission-driven managers understand that they don’t always have the skills or experience to know the best course of action. Instead, their role is to facilitate collaboration and trust their team.

Mission-driven teams both ask and answer their own questions, and the leader’s role is to keep things flowing smoothly and everyone working in sync, not act as the arbiter of every single decision. Everyone is empowered to act in the mission’s best interest, based on the data and their expertise. Instead of going to their manager for approval, they’ll just act, then report on the steps that were taken.

But mission managers aren’t the only kind of leaders. Leadership can also happen across multiple mission-driven teams, by profession! For example, all the software developers at a company, no matter what mission they’re working on, would be in touch as their own community. This helps everyone grow professionally, since the community is exposed to many different kinds of challenges, and they can support each other and offer fresh perspectives.

Obviously, this is a huge change from what we usually think of as “management.” That’s exactly what makes this way of working so powerful—but it does involve managers giving up a lot of the traditional authority they might be used to wielding, so they need to be ready to adapt!

A Future We Want

This way of working isn’t just about efficiency, agility, and profits (though it is about those things, too). People are also happier when they feel connected to the purpose of their work — and really, perhaps that makes sense.

If people feel trusted, and empowered, they’ll feel a stronger sense of ownership of their work. Cooperation, collaboration, and open access to information are equalizing—it’s about working together as a team, not being just another underling.

Maybe the business world of tomorrow will be less rigid and hierarchical, and more creative, innovative, and collaborative. For all the uncertainty of 2020 (and 2021), we think that sounds like a pretty positive vision of the future.