How To Use The Pomodoro Method For A Permanently Productive Life

Motivational speaker and entrepreneur Chris Winfield struggled for years to make proper use of his time. After countless research, trial and error, facing sustained burnout, and a few bangs of his head against the wall, Chris has discovered that the key to living a permanently productive life is a 25-minute block and a simple timer.

A little backstory: Desperate for a way to improve his productivity methods, resist distractions, and free up more of his time, Chris settled on the Pomodoro method. Invented by Francesco Cirillo in the 1980’s, the Pomodoro method maximizes efficiency by blocking out a 25-minute interval of heads-down work, free of interruption (also known as timeboxing), followed by regular breaks.

Thanks to this time management technique, Chris cut his work week in half, transformed his career, and—most importantly—balanced his life.

What Is The Pomodoro Method?

Before diving into Chris' story of major productivity transformation, here's a quick video tutorial for timing your tasks with the Pomodoro method and a simple timer:

Chris admits to being a former workaholic who often clocked 60-hour workweeks back-to-back. Despite the excessive hours he put into co-founding one of his companies, a marketing agency, things didn’t go exactly as planned. Many of Chris’ worst fears came true as an entrepreneur, and in his own words “the company completely imploded.”

But the story doesn’t end there; in fact, it's just the beginning. “Failing at something led me to look at it as an ultimate blessing because I realized I was completely miserable and inefficient,” Chris explains.

So, if you're in need of a personal productivity overhaul, you're probably itching to try this method for yourself. Whether you're a solo freelancer or a team of 100, everyone can make use of this method to help maximize their concentration.

Fun fact coming in hot: The name Pomodoro is derived from the tomato-shaped kitchen timer that Francesco Cirillo, the movement’s founder, used while perfecting the technique.

Chris started small by resolving to accomplish one Pomodoro session a day. He quickly found that his time management practice was missing a literal timed structure, and incorporating it forced him to focus in a way he wasn’t previously capable of.

Chris began gradually increasing his Pomodoro method sessions each day, seeking to optimize his productivity and subsequently help him find more balance in his life. He now has a steadfast commitment with his timer for 40 Pomodoros per week, which equates to 17 hours. 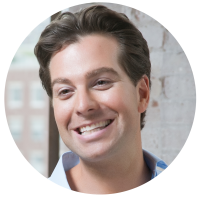 Chris uses a Trello board kanban-style to break down big projects into small step-by-step tasks, assigning each as an individual card. Then when he is ready to “Pomodoro” a task, he moves that card over to an “In Progress” list, starts the timer, and goes heads down into 'focus mode'.

The Trello board also gives Chris a visual view of how many Pomodoros he has completed and how many more he has to go until he can take a break and clear his mind. While he uses another app for his Pomodoro timer, the Trello board has greatly helped refine his practice and manage his to-dos.

The Pomodoro method doesn't take much time, but it also doesn't come stress-free. Eliminating all distractions and dedicating time to one single initiative isn’t easy, and it takes practice. People spend an inordinate amount of time focused on why they don’t want to do something or worrying that the end product won’t be of a certain caliber.

“Give up perfectionism. Just do it anyway. Once you get started actually doing something, you will wind up finishing it. And you’ll typically do a good job. Sometimes the hard part is just getting going, but he stresses that simply getting something down, anything, even if it’s just gibberish, is crucial for your momentum."

One book Chris cites as influential to his philosophy is The War of Art by Steven Pressfield. It discusses the idea that we tend to talk ourselves out of doing something, despite having the power to fight the resistance inside ourselves.

Two of the biggest questions that those seeking an effective time management method is 1) Does the Pomodoro technique truly work for the long haul? And 2) How can you stay disciplined enough to dial into this method? Chris’s advice is simple: ‘Yes, it works. Just start by flossing your teeth.’

Chris realized that it was all about flexing his habit muscle and building upon it. Now, he boasts 40 Pomodoro sessions a week, exercises regularly, spends ample time with his wife and daughter, and has more free time at the end of the day. Oh, and he flosses regularly.

A special thank you to Chris Winfield for sharing his tips and advice. Read more about his journey to working less and accomplishing more here.

4 Reasons To Practice Gratitude In Your Career

Sure, there’s plenty more you want to achieve, but you’ve worked hard to get where you are right now. Take the time to soak it all in with a sense of gratitude.