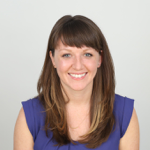 Huddle Up: The New Way To Create A Safe ‘Critique’ Space For Your Team 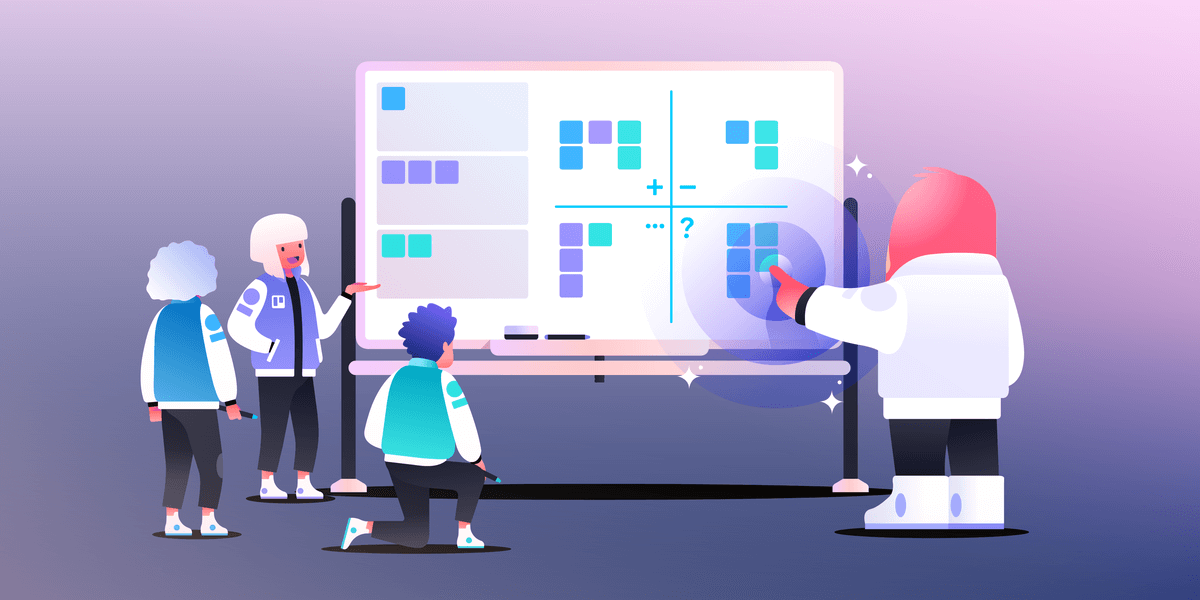 Design critique is a tenet of any good design practice. Critique helps us gather diverse perspectives on our work, strengthen our craft, push ideas forward, and ultimately get better results. And as new teams emerge at Trello and our design team grows, it’s all the more critical that we have a process for spotting inconsistencies and building on each others’ work.

Critique is also deeply cultural for any design team. The way a team discusses design can set the tone for collaboration and relationships. As such, the Trello design team has developed our own format for design critique, which we call Huddles. We’ve developed Huddles with great intention, to ensure that they suit our remote context and mitigate some of the pitfalls we humans fall into when we get together and talk.

We also think that Huddles aren’t just for design teams! They can be a great experience for any crew who collaborates to help break down biases and create better feedback loops.

Here’s some history on how we started doing Huddles, which principles we considered while developing them, and how we run them as a design team.

Formal design critique is typically a way for a group of designers to get together and give constructive feedback on each other’s work.

Formal critique predates my tenure at Trello; the team has been doing it for almost four years. For the majority of that time, the team used an opt-in model, where designers would schedule critique when they needed it.

Over time, an interesting phenomenon developed: Designers weren’t opting in as much.

It’s not so surprising. Think about the word “critique.” It’s easy to interpret it as criticism. Who wants to get criticized in public, at work? And any designer can attest that even a well-run critique that’s truly constructive still feels hard in the moment—it's natural to feel defensive or frustrated that others are missing context. Considering this aversion, we wanted to rethink critique for our team. We wanted our team to see critique as a practice that builds designers up and helps us reach heights we couldn’t reach without a team behind us.

We’ve developed Huddles with great intention, to ensure that they suit our remote context and mitigate some of the pitfalls we humans fall into when we get together and talk.

What We’re Up Against

In addition to the challenges the word “critique” imposes, we acknowledged a few social effects that can plague meetings of any sort:

Add a remote context and meeting dynamics get even tougher:

We made a few crucial decisions to help mitigate these dynamics:

The presenting designer for the week does light prep work, where they jot down some context on a Trello card and attach design files and the Mural for the session. The context they provide is:

The facilitator sets the stage by thanking everyone for taking time to discuss design together and reminding the group of why we do Huddles. They then go through some session etiquette:

The presenter talks through the context of their concept or problem and then presents their work. This could look like sharing their screen while they walk through a prototype or design file, asking the group to look through design assets independently, or just explaining the problem they’re facing.

During this stage, the group is simultaneously taking notes in a Mural template that looks like this:

Each person claims a sticky note color and takes notes in their section of the Mural.

The group takes another 5-10 minutes to write down any other notes in silence and then they drag their notes into the appropriate quadrant: Positives, Negatives, Questions, or Have you considered? This final category are ideas, but posed as questions also. 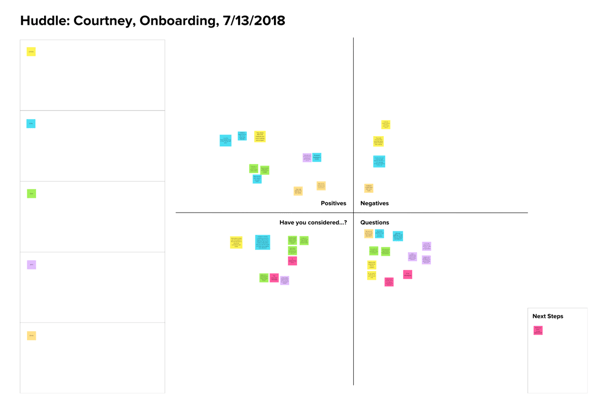 The presenter starts with the quadrant of their choice in the Mural and asks each person in the group to explain their sticky notes. The presenter can jump in to answer questions or give context. Since the session is explicitly for the presenter’s benefit, they move the group around the quadrants and can spend time wherever it’s most valuable. The facilitator’s role is to keep things approximately on time.

The presenter often shares how the session has been helpful to them and the facilitator again thanks everyone for taking time to support their teammate.

The presenter can return to the Mural any time to review the group's feedback. Mural is a great tool for us as a remote team during live sessions like Huddles, but it's also convenient that we have a digital artifact that lives on after the Huddle–no need to take pictures of a whiteboard or take copious notes during the session. Here are two Mural templates to get inspired by:

There you have it! This is the latest and greatest of our thinking around Huddles. Trello designers have also started using Huddles to get feedback from their cross-functional teams. Those teams say that Huddles have helped them make better design decisions and bring team members together.

We’re continuing to collect feedback from the team to improve how they work so if you try out a Huddle for yourself, we’d love to hear your thoughts! Find us on Twitter (@trello) or write in to support@trello.com.

Next: How Design Teams Are Using Trello: The Ultimate Round-Up

How Teams At Trello Use Trello
Workflows