Jealous of Your Friend’s Success? Why Healthy Competition Can Be A Good Thing

You’re enjoying a couple of after-work beers with a friend when he mentions that he has some exciting news: He landed a big promotion.

You’re thrilled for him. You give him a hearty congratulations, ask a few questions about what he’ll be doing, and even order another round to celebrate.

But, let’s be honest—there’s also a tiny part of you that’s suddenly overcome with intense jealousy.

Why is his career trajectory on a steady climb while you’re still in your same position? Does this mean your own career is flopping? You want a fancy title and a hefty pay raise too…

Despite your efforts to be supportive and encouraging on the outside, pesky thoughts like these creep in whenever anybody around you achieves something awesome.

Rest assured, that doesn’t qualify you as a terrible friend or a covetous monster. You’re just human, and there’s actually a scientific reason you’re experiencing this mix of pride and jealousy. It’s called the self-evaluation maintenance theory.

Wait… What Exactly Is The Self-Evaluation Maintenance Theory?

Social psychologist, Abraham Tesser, was the first to study this psychological phenomenon. He detailed his findings in his 1988 study, Toward a Self-Evaluation Maintenance Model of Social Behavior.

Let’s boil this mouthful down. The self-evaluation maintenance theory essentially states that, when somebody else succeeds at something, it impacts your own self-evaluation—basically, your own sense of worth. You use the people close to you as a measuring stick for success. And, when you feel that what you have is inferior to whatever they have, your self-worth takes a nosedive.

This feeling ultimately has nothing to do with what that other person has accomplished. Instead, as this Psychology Today article explains, their achievement is just giving you a perfect launching point for a bunch of self-criticism.

For example, maybe you love your modest starter home. But, when your close friend invites you to her housewarming party to admire her 3,000 square-foot new construction, you naturally start to think less of both yourself and your own house. It’s too small. It’s too dated. It’s too cheap. The comparison of your house with your friend’s house is making you downgrade your own achievements.

You don’t do this with everyone though—it actually happens more with the people you’re close to.

“Our self-evaluation is threatened far more by loved ones who excel in areas we define ourselves by—like our work or a particular skill—than by strangers who excel in the exact same way,” writes Tim Herrera, in an article about Tesser’s study for The New York Times Smarter Living newsletter. “We instinctively compare ourselves more to people who are close to us, even though, paradoxically, it can engender bitterness.”

Essentially, you compare yourself to people with whom you surround yourself because their proximity to you makes their success seem more attainable to you, too. Someone that you don’t know or lives far away feels less “like” you, thus their success feels more nebulous.

Here’s the thing: You probably won’t be able to completely stop those envious feelings. You can, however, control how you react to them.

In their research, The Evolutionary Psychology of Envy, reported on by Kristi Hedges for Forbes, Sarah Hill and David Buss touch on research which explains how people usually react to envy. Simply, your inclination will be to head in one of three ways:

That last one is obviously the most toxic. “I would never do that,” you’re saying to yourself now, “I might get jealous, but I’m not bitter enough for public put-downs.”

Are you sure? That reaction is actually far more common than you might think.

Imagine the last time one of your team members received recognition from your boss. Are you sure you didn’t gripe with your fellow colleagues about how that co-worker was only praised because he’s a suck up?

If you’re blushing, don’t feel too bad—this reaction happens. In fact, another study from Abraham Tesser discovered that we’ll actively make it harder for our friends to succeed if their ultimate success would threaten our own self-esteem.

In the study, 52 friendship pairs participated with strangers in a word identification task. Essentially, participants needed to choose clues for both a friend and a stranger to identify target words. They did this exercise in two different categories:

As you might expect, participants gave much harder clues under high-relevance conditions than they did for the low-relevance tasks.

What exactly does that mean? Not only do we get jealous of our friends’ successes, but our envy can actually push us so far as to sabotage them. 😳

Putting A Positive Spin On Your Jealousy

You might not be able to squelch your jealousy altogether, but you also don’t need to let it get to that extreme point of treachery.

There are a few ways that you can more positively deal with these inevitable feelings.

Admitting that you’re envious of someone can be embarrassing. You’d rather smile, nod, and pretend to be happy about somebody else’s achievement than to say, “That’s great for her, but it really sucks for me.”

While it might be tempting to bury your jealousy under layers of resentment and false happiness, there are a couple of reasons that’s not a healthy way to cope.

For starters, ignoring your emotions can actually be detrimental to your health. “When the mind thwarts the flow of emotions because they are too overwhelming or too conflicting, it puts stress on the mind and the body, creating psychological distress and symptoms,” writes Hilary Jacobs Hendel in an article for TIME, “Emotional stress, like that from blocked emotions, has not only been linked to mental ills, but also to physical problems like heart disease, intestinal problems, headaches, insomnia and autoimmune disorders.”

Additionally, recognizing and even naming your emotions can lessen their severity. “Naming our emotions tends to diffuse their charge and lessen the burden they create,” explains Tony Schwartz in an article for The New York Times, “The psychologist Dan Siegel refers to this practice as ‘name it to tame it.’”

Finally, you can’t actually change what you don’t acknowledge. So, identifying what you feel in response to certain situations will help you consciously react in different, healthier ways.

2. Write Down the Real Implications

It’s easy to make mountains out of molehills. You no longer accept a friend’s success at face value and instead start picturing all of the dire effects this will undoubtedly have for you.

Whew. Sound familiar? We all play this “If You Give a Mouse a Cookie” game where we spiral into worst-case scenarios. It’s called catastrophic thinking.

“Technically, catastrophizing is an exaggerating, irrational, style of thought where you painfully blow real or imagined disasters out of proportion,” shares Bill Knaus, Ed.D., in his article for Psychology Today.

When you feel yourself plummeting down that rabbit hole, take a step back and do this simple exercise: Write down the real implications that other person’s success has on your everyday life.

Let’s go back to the example of your friend landing a major promotion. What impact will this have on your day-to-day? How will your daily life change as a result of this news?

You’re probably going to be pretty hard-pressed to think of a single rational answer. In fact, you probably wouldn’t even have noticed that your best friend was promoted had he not sat down and told you about it.

This is a great way to step back, get some perspective, and remind yourself of the fact that somebody else’s success does not equate to your failure.

3. Treat That Person As A Resource

Finally, in those moments when you’re overcome with jealousy of someone else’s accomplishment, you neglect to realize something important: You could probably learn something from that person.

Let’s say you’ve been meaning to explore public speaking at conferences, and one of your friends just scored a big speaking gig. Yes, that sort of stings. However, this is also the perfect opportunity to learn more about how she did it.

Did she approach someone or did she wait for an opportunity to come to her? What challenges did she run into along the way? What’s her best piece of advice?

Of course, you don’t need to mirror your friend’s exact approach yourself. But, this is your chance to soak up all sorts of firsthand knowledge that you can implement to save yourself some trial and error. When research from BestCompany states that we trust our friends more than experts on career-related matters, that insight really carries some weight. 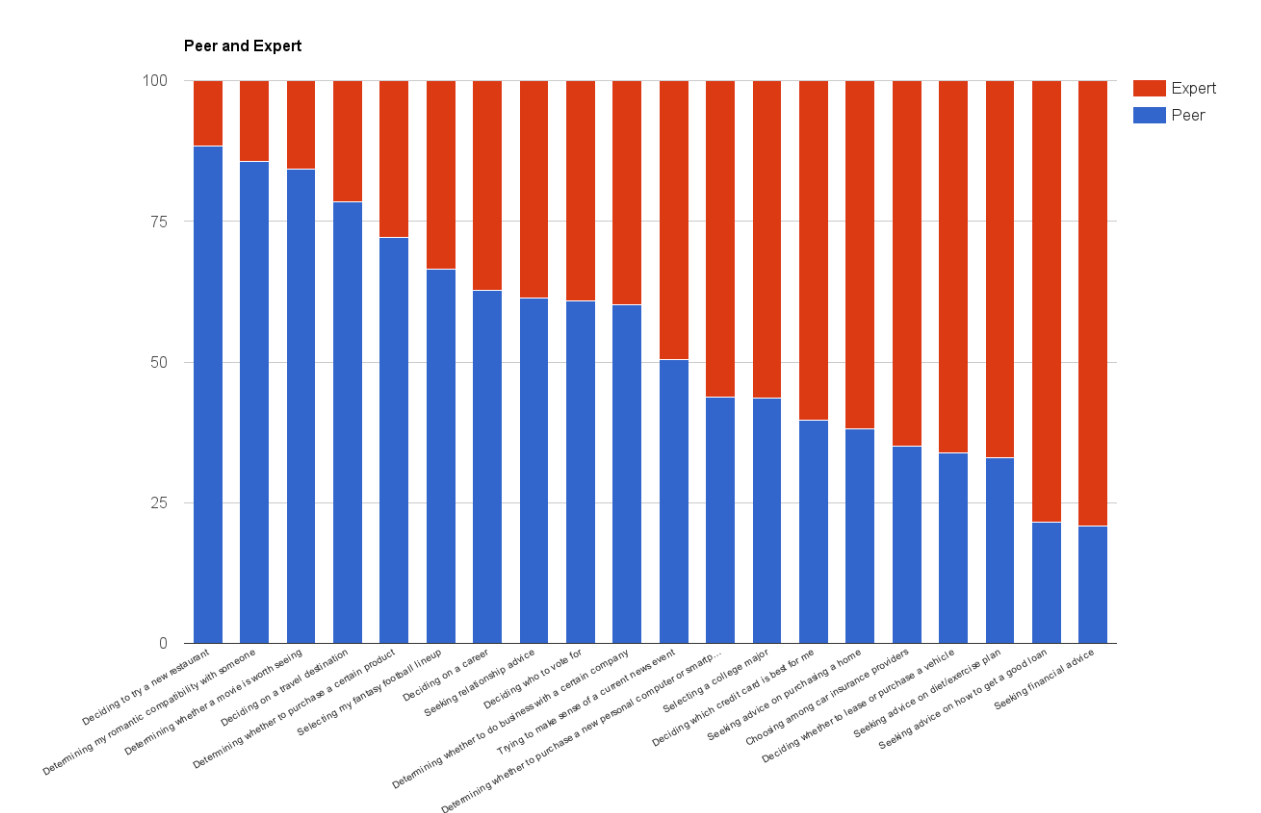 Plus, I’m willing to bet that your friend’s success in an area where you really want to excel will be just the kick in the pants you need to get moving on your own goals. Healthy competition can be a good thing.

If your first thought is, “Aw, man, I want that!” when a friend or loved one shares some good news with you, take comfort in the fact that you aren’t alone. Jealousy is inevitable and—in many cases—it can inspire you to be even better.

But, it takes some effort to recognize your feelings of envy and then transform them into something positive. Put these tactics to work and you’ll have a far easier time keeping those jealous emotions in check.

Next: How A Few Offhand Remarks Can Cause Your Biggest Problems At Work