How To Kindly Correct Someone When They’re Wrong 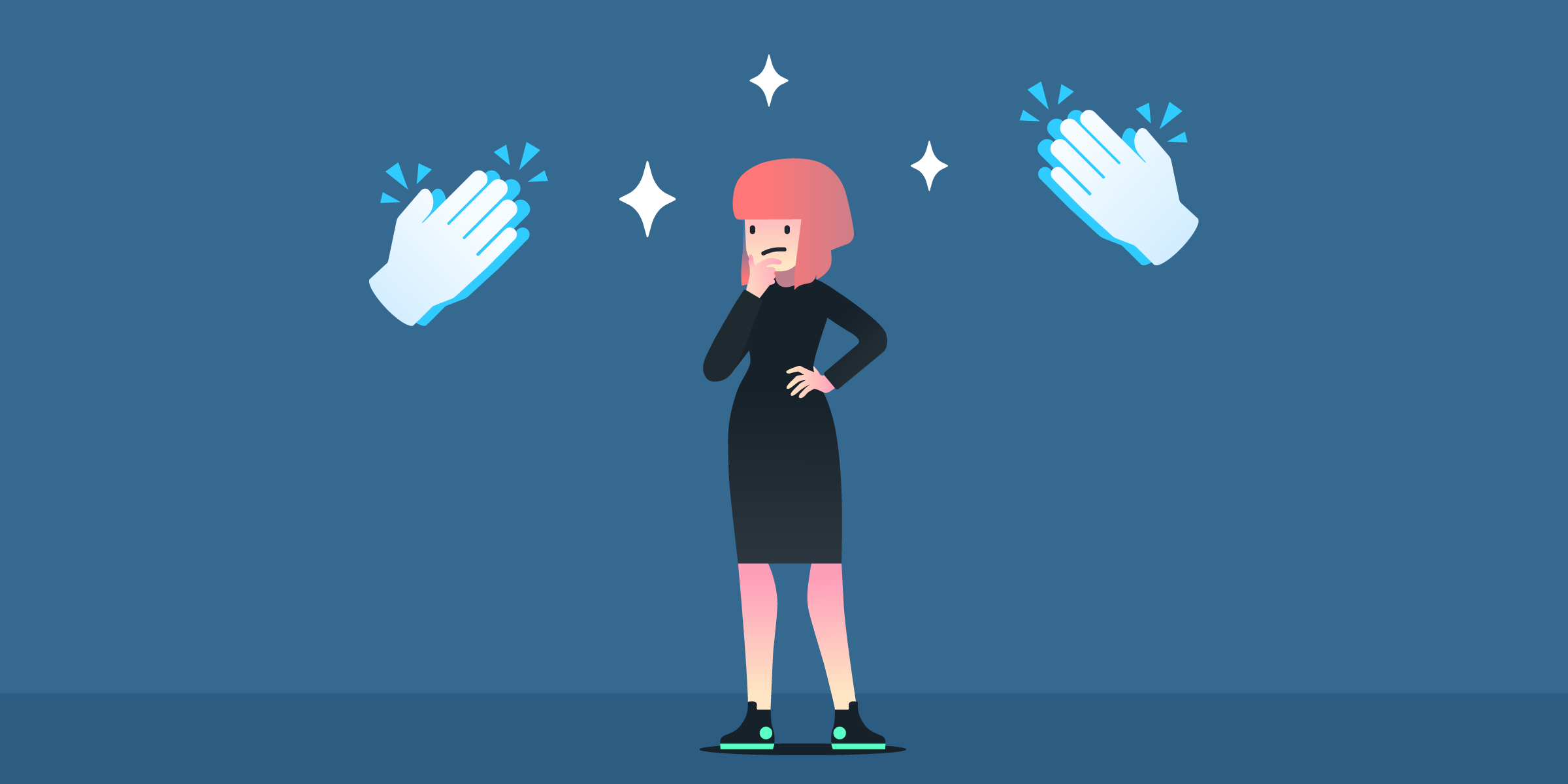 You’re in a team meeting, listening to one of your colleagues present the findings from one of your most recent projects.

Suddenly, as you take another bite of your cream cheese Danish, your ears perk up.

Your coworker mentions that a recent webinar increased your email signups by 30%. But, you just crunched these numbers yourself (you even triple-checked them), and you know that signups actually only increased by 15%.

Over your pastry chewing, that little voice in your head is screaming, “WRONG! That number isn’t right. It’s wrong, wrong, wrong. You have to say something!”

But...do you? Should you really speak up and issue a correction?

And if so, what’s the best way to do so without looking like you’re publicly putting your own teammate on blast?

4 Tips To (Politely!) Correct Someone

*Sigh* That’s a tricky situation—and one you’ve likely been in before. You don’t want to let misinformation spread, but you also don’t want to gain a reputation as the person who’s always knocking other people down.

Here’s the good news: It is totally possible to correct someone in a way that’s polite and constructive (and ideally doesn’t lead to flushed faces and burned bridges).

Let’s cover some tips for making that happen.

1. Find The Right Time And Place

If you’ve ever had somebody else point out one of your own screwups, you know that the experience can be...well, embarrassing.

A lot of that cringey emotion ties back to something called the social evaluation model.

“According to this account, what lies at the root of embarrassment is the anticipation of negative evaluation by others,” writes Christine Harris in an article for American Scientist.

“In short, we become embarrassed when we perceive that the social image we want to project has been undermined and that others are forming negative impressions of us.”

In fact, some people have such fragile self-esteem that they’ll never concede they are wrong, regardless of how much contrary evidence is provided. That’s because an admission of their own blunder is too threatening to their ego.

While not all of us are so obstinate that we refuse to accept corrections, being put in our place is still enough to inspire some feelings of awkwardness and unease. For that reason, it’s generally better to pull that person aside for a private, one-on-one conversation than to shine a spotlight on their error in front of a larger group.

That said, you need to use your best judgement here.

For example, if that person is about to walk into a meeting and spout incorrect information to the entire leadership team, it’s ultimately more courteous to catch them and correct their mistake before that happens—even if it’s not the most private or ideal setting (plus, timely feedback has been proven to be more effective for boosting learning).

Think of it as your way of telling them they have spinach in their teeth before they step up to the podium. A little embarrassment right now will save them even greater mortification in the long run.

2. Start With Some Clarifying Questions

Let’s assume that you aren’t in a major crunch, and you have some time to dedicate to a thoughtful conversation about the correction you’re offering.

Rather than going in with guns blazing, approach the exchange a little more tactfully by asking some clarifying questions first.

Take the example of that incorrect statistic about email subscribers. You might be tempted to jump right in with, “The number you have here isn’t right—it should be 15%.” Instead, try a more open-ended prompt like, “I want to take another look at the email statistics you have reported here. Can you walk me through how you landed on a 30% increase?”

Entering the conversation this way accomplishes a couple of different things:

First and foremost, it gives you a chance to gut-check your own correction. In some cases, that person might explain their reasoning only to help you realize that you are indeed the one who’s wrong (you’re human—it happens!).

In those cases, where that person has actually messed up and you need to help them course correct, this sort of approach not only makes you seem less aggressive, but it also provides ample opportunity to figure out where your perceptions aren’t lining up with each other.

As much as they sound like something straight out of a psychological thriller, false memories are a real thing. This phenomenon means that our memories can be altered over time, especially as we’re influenced by information we collect after that event happens—and it goes a long way in explaining how two people can have very different conclusions about the same situation.

You’ve likely experienced this before. Maybe your boss said your performance reviews need to be filled out by Wednesday, but your colleague swears that your boss said the deadline is Thursday.

In fact, false memories are way more common than you might think. In one study, a whopping 70% of participants were successfully made to believe they had committed a crime, purely based on the suggestive memory-retrieval techniques that were implemented in a series of three interviews.

What does that mean for you and your team?

Well, to state it simply, our brains have a knack for playing tricks on us.

So, beginning with a question will help uncover whether or not that person might have an incorrect recollection of an event or a misguided perception of a decision. That makes it much easier for you to help them get back on track, without it turning into an argument. 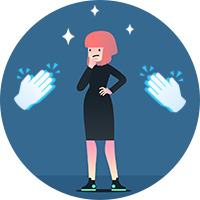 There is a right way to correct someone when they're wrong. Follow these 4 tips by @trello to kindly give constructive feedback.
Tweet This
@TRELLO

3. Provide Evidence To Back Up Your Point

Imagine if somebody pulls you aside and states that you had done something wrong, but doesn’t say what, when, how, or give any further detail. That’s not so helpful, right?

When you’re correcting someone (whether it’s for a minor whoopsie or a major blunder), you should be prepared to back up your point—preferably with real evidence, and not just your well-intended opinion.

Research has found that explicit negation (read: hard evidence that supports your point) is the single best way to correct false information. So, rather than just telling your coworker that the statistics should read 15%, show them your data and walk through the math together. Hopefully their eyes will be opened to the fact that you’re in the right.

After all, it’s easy to argue with opinions. But facts? Not so much.

4. Offer To Help Patch Things Up

Here’s a surefire way to become the most despised person on your team: constantly poke holes in other peoples’ work or conclusions and then leave them to fend for themselves with that new information.

You want to be a team player. If the correction you’re issuing is going to create a lot more legwork for that person (are they going to need to redo that entire report or reformat a chunk of their slides?), offer to help them patch things up.

One study looked at how our certainty about our beliefs impacts our ability to be either cooperative or competitive. As it turns out, the more that people thought that their own beliefs were correct, the more likely they were to adopt a competitive approach in those conversations.

Put simply, when you know you’re right, it might just be your natural inclination to approach that conversation with a, “I’m right and you’re wrong. Na-na na-na boo-boo!” sort of attitude.

Figuring out how you can not only point out the incorrect information but actually lend a hand in repairing it will emphasize collaboration over competition—and make you far more pleasant to work with to boot.

Remove Some Cringe-Worthiness From Your Corrections

Let’s not sugarcoat it: correcting someone is hard.

You feel a personal responsibility to make sure the right information is being shared, but you also don’t want to be that team member who’s constantly hanging a flashing, neon sign over other peoples’ gaffes.

Fortunately, it’s more than possible to rectify that misinformation in a way that’s polite, professional, and hopefully not panic-inducing.

Oh, and one more thing?

Remember that you can’t just be willing to chime in with edits or suggestions—you need to be willing to accept them too. If and when someone points out your own errors, make sure that you thank them for the feedback and take that in stride.

After all, as the saying goes, don’t dish it out if you can’t take it.

Next: 5 Ways To Process Feedback At Work Without Triggering A Stress Response

What Is Macromanagement? 5 Big Tips For Effective Macro Managers

Learn the pros and cons of macromanagement, and how it’s different than micromanagement. Get tips and best practices for macro managers that work.