These Limiting Beliefs Are Preventing You From Being Successful 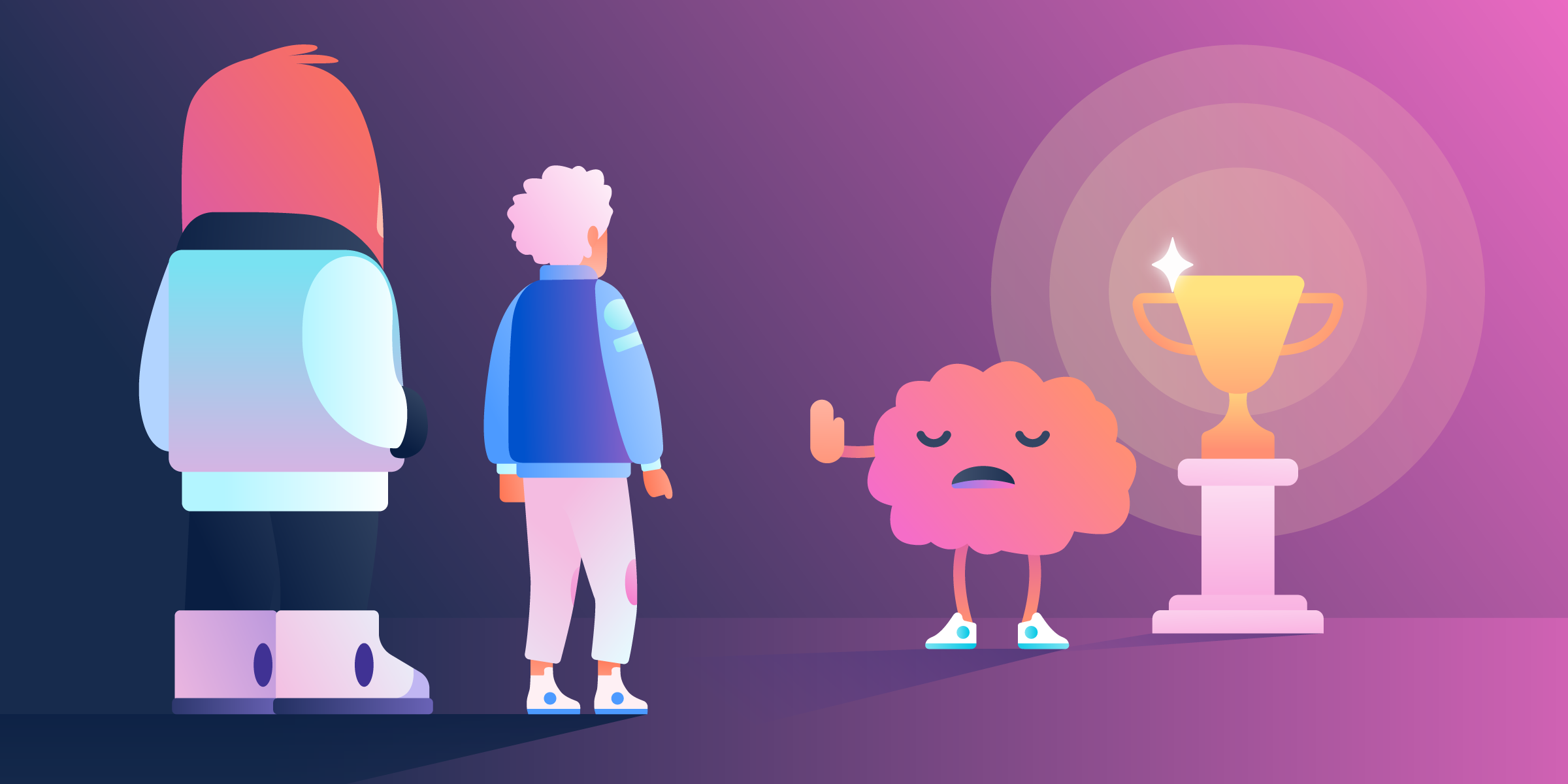 Many of us are constantly striving to grow professionally and personally in our lives. Every new year we set aside some time to establish brand new objectives and things we want to achieve. We start the year off with admirable willpower but it’s not uncommon to arrive at a point when our motivation drops off and our plans lose their luster.

How many goals have been set but never reached the finish line?

Of course, some big and small life changes could have affected your goals from coming to fruition but your beliefs and attitude play an important part in what does and doesn’t happen.

“The only thing that’s keeping you from getting what you want is the story you keep telling yourself.”

What you tell yourself is what you believe. This can play a big role in how you see the world and how you feel.

Open your mind and you will discover a belief that's preventing you from being successful. This is also known as limiting beliefs.

What Are Limiting Beliefs?

Limiting beliefs are thoughts, opinions that one believes to be the absolute truth. They tend to have a negative impact on one's life by stopping them from moving forward and growing on a personal and professional level.

These beliefs are often triggered according to specific episodes that may have made you suffer in the past. So your subconscious tries to block it by altering your behavior which can result in negative outcomes like procrastination, conformism, overthinking, anxiety, impostor syndrome, and other reactions.

The Origin Of Self-Limiting Beliefs

Most limiting beliefs are largely developed during childhood. The author of the bestselling book The Biology of Belief, Dr. Bruce Lipton, talks about how from birth to around age seven, you operate primarily in brain wavelengths that are very close to a hypnotic state. When you are a kid, you are literally a sponge, soaking up every little thing around you in order to record "bad and good" behaviors/emotions.

This means that everyone develops beliefs from early childhood, some of which are supportive, and some of which are limiting. For instance, children who are treated as though they are loved and valued will develop the belief that they are loved and wanted. On the contrary, children who are abused or neglected will tend to develop the belief that they are unworthy and unwanted.

There are many ways to identify your limiting beliefs. A natural way of doing that is by listening to the little voices in your head. It's that voice that is constantly telling you that you cannot do, be, or have something.

Let me tell you a personal story that I went through this year. Every three months Atlassian holds an event called ShipIt — a 24 hour innovation time to work on something outside of your job description or take on something to improve your team's work.

This year I decided to participate by leading a project which I had no clue on where or who to ask to help me develop my idea.

I am a very quiet remote worker who doesn't (virtually) socialize much so in order to be successful, I needed someone who had some specific programming knowledge that I didn't have. I would have to search for that person in the company. Before submitting my idea to the project board to recruit people to be part of, I instantly thought: "No one is going to care about this topic" and "This project will be a failure".

It took me a few weeks to overcome my thoughts and act upon them. Yes, procrastination is my weakness when I have to deal with something that's uncomfortable for me. Every time my team lead would ask me about this project, another thought would come to my mind: "Why (the heck) did I tell her that I was going to this? Now I have to do it." In the end, telling my co-worker helped empower me to follow through with the project.

Bottom line: I decided in my mind that since I thought this project would be a failure, I should at least try and learn from it.

In the end, I not only managed to have the right five people on the project, but we also won the prize for that ShipIt. I was indeed shocked by the end result.

Now, you may be thinking, "Well done, Amanda! But what does your personal story have to do with a team?"

Thank you, I am glad you asked. Let's discover how self-limiting beliefs can have a larger impact on a team.

How Do Limiting Beliefs Impact A Team's Success?

Psychologist, Robert M., describes in his research the importance and impact of beliefs in our lives. He says:

“Beliefs are like filters on a camera. What the camera ‘sees’ is a function of the filters through which it is viewing its subject. In other words, how we ‘see’ the world is a function of our beliefs and profoundly influences personality.

As a result of our beliefs, we define ourselves as worthy or worthless, powerful or powerless, competent or incompetent, trusting or suspicious, belonging or outcast, self-reliant or dependent, flexible or judgmental, fairly treated or victimized, loved or hated. Your beliefs have far-reaching consequences, both positive and negative, in your life. Beliefs affect your moods, relationships, job performance, self-esteem, physical health, even your religious or spiritual outlook.”

If teams are made by a group of people then, each of them has their own personal stories, beliefs, and values. When the team bands together, it could make or break the culture, project, or task that they are collaborating on to build and execute.

The fact is that someone's limiting beliefs can have an impact on the team because they can create a real stumbling block not for oneself but also for others.

For instance, say Joana is getting closer to her project's deadline but there's no sign of that being accomplished in time. A teammate offers help, but she says "Don't worry, I got this!". There are many beliefs that could be stopping Joanna to accept help, for example the belief of "being untrustworthy", "not smart enough", "not reliable when she said she could do it."

When you start developing your self-awareness to identify your limited beliefs, you can take the same situation and create an opportunity for improvement. Doing so will empower you to problem solve, rather than limiting yourself to grow.

If everyone on the team is open to doing the same, then your team will evolve into a high-functioning team.

Leaders can also inspire their team by encouraging them to get their work done and brag about it to the whole company. The more a leader encourages their team with a positive leadership style to stretch and break through those limiting beliefs, the more effective and productive a team will become.

Beware The Pitfalls Of These Limiting Beliefs

There are two key self-limiting beliefs that can hurt your team. Let’s start breaking them down to help create a better and more productive workplace for your entire team.

"I need my colleagues to like me in order to feel loved or valued."

This limiting belief also relates to something like, "If I don't get the approval of [name/entity] , I feel [emotion] ."

When you are constantly seeking approval of others to like you, you tend to accept things even though you don't like them. It's like your mind is already programmed to say "yes" before you think that's something you like.

This can lead to a great deal of stress in the relationship of your team. You are likely to blame them for anything that goes wrong as a result of you agreeing to do what they asked for.

This can also have a bandwagon effect. The fear of being an odd-one-out and coupled with the belief that agreeing to someone's perspective will make a person like you can prevent you from speaking up and expressing an alternative view. Making your team blind in a situation you could have contributed to a better solution.

On the flip side, it can also lead to burnout for those who don't speak up.

💡Try this: First, understand why you are saying yes to everything. Then, begin pinpointing the little things you can say no to before are able to say “no” to a bigger project or task. That way you can learn more about how you feel along the way without freaking out in the long run.

"It's not perfect, I need more time before I share"

Another limiting belief in the workplace is when you take too much time to deliver your work because it doesn’t feel perfect yet.

This can slow down your team's productivity and potentially backfire with negative effects like depression and anxiety. If you are being critical of your own imperfections, you are probably doing the same to members of your team.

Marie Forleo wrote a whole chapter about perfectionism in her book Everything Is Figureoutable. She explains:

"Life doesn’t demand perfection. It doesn’t require you to be constantly fearless, confident, or self-assured. Life simply requires that you keep showing up."

💡Try this: Cultivate an awareness of your tendencies toward perfectionism. Instead of holding the work until you perfect it, ask your team members for feedback by using the 30/60/90 framework. That way you can move faster by acknowledging the pain points of your work and leave behind the gritty details.

We all have limiting beliefs that stop us from achieving our dreams or even our everyday goals. In order to identify and change those beliefs, you need to work on your self-awareness muscle. The secret is to be accountable and take responsibility for the beliefs you created for yourself.

Ultimately, you want to get into the practice of recognizing a limiting belief and reframing it to help you take a step forward.

And if you're still encountering limiting beliefs, remember the advice of Mahatma Gandhi:

"You must be the change you want to see in the world.”

Change starts within you. Once you start, embrace your teammates to do the same, then you will see a shift in your team's behavior and performance which will contribute to success and eventually make a difference in the world.

Next: Self-Management: How To Prioritize And Be More Productive