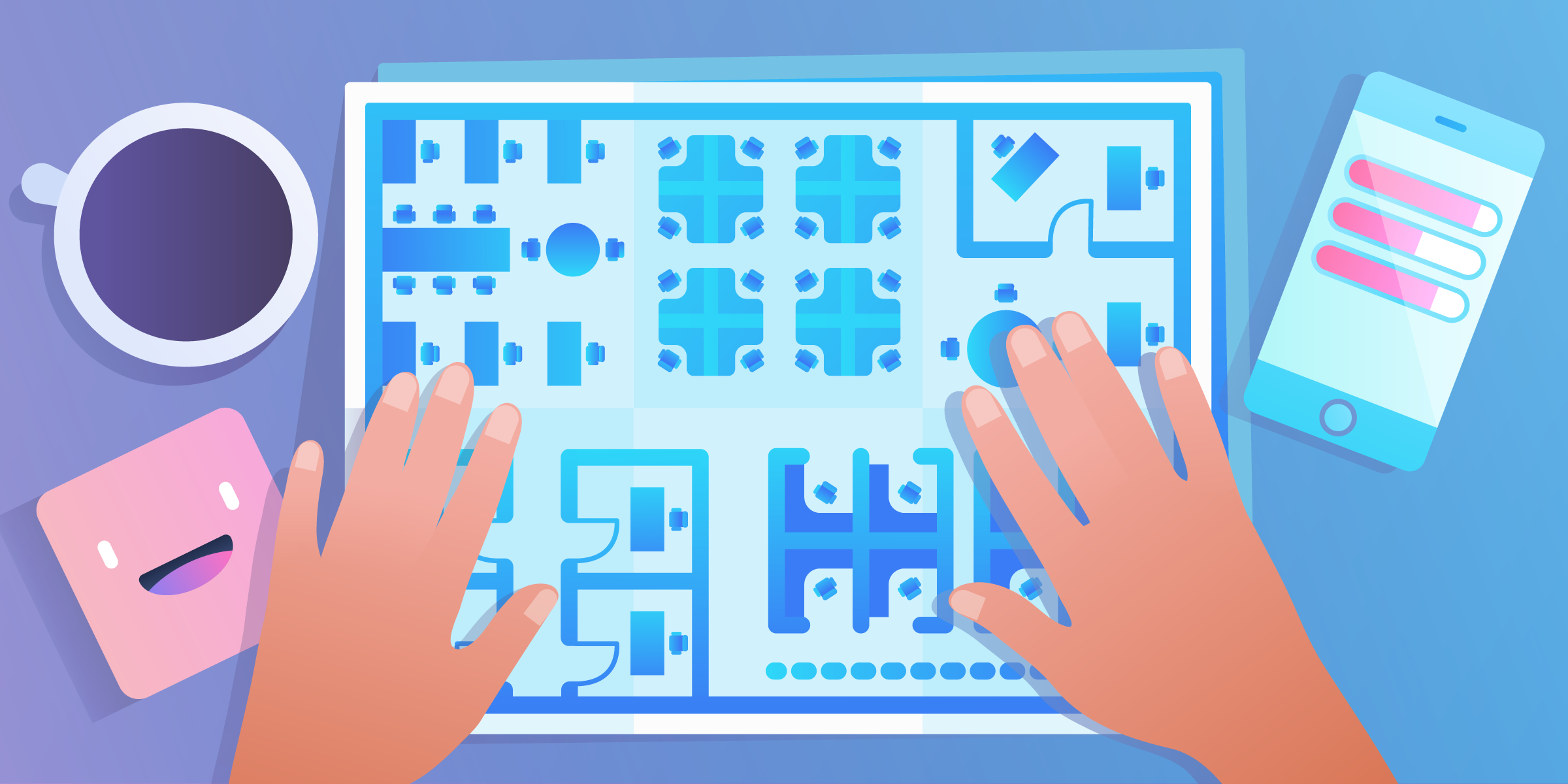 There has long been a heated debate as to which type of workplace layout is the best for productivity: Cubicles? Open office? Anywhere in the world?

The general opinion leans in favor of the privacy of a closed office. But others advocate the bustling spirit of an open-office space. As a person who's done her fair share of working in all types of environments, I set out to get to the bottom of this never-ending saga.

In reality—there isn’t that much of a difference between a closed or open office when it comes to productivity.

But here's the kicker: the most productive setup (91.1%) of the trio was the bane of every modern worker’s existence—the dreaded cubicle.

So why are businesses spending hundreds of thousands of dollars building up or tearing down office walls if they don’t bear the desired fruit of productivity? And if we want to be our most productive selves, is the cubicle scene from the Matrix our future?

Before jumping to any conclusions, let’s take a closer look at our options.

Open-plan offices have been around since 1906 and seem to be everywhere. Nearly 75% of all offices in the US are designed with an open-space plan, such as the ones you’ll find at high-tech companies like Microsoft, Etsy, and others among them.

The thinking is that an open office creates a more collaborative, social, and energetic environment. It’s more cost-friendly since you can squeeze more people per square footage of the area. And there’s no need for extra furniture and walls, since workstations can be placed against each other.

However, the openness of this type of office does come with its challenges:

On the other hand, we have the closed office where employees have their own individual workspace or an enclosed area for a department.

This type of office layout is perfect for activities that demand concentration. It can also be personalized in a way that the employees find comfortable and reflecting of their ethics. The closed office layout reinforces hierarchical order and makes it clear—the better the office, the higher up the ladder you’ve come, which can also work as a motivational incentive to perform better.

Sure, there are disadvantages to this layout, too. For example:

The cubicle lies somewhere in the middle of the two. While it’s partially enclosed, providing some degree of privacy, you still won’t be able to shut the door in the face of an annoying colleague. And the company will still end up needing more square footage than if using desks alone. Furthermore, a 2013 study found that cubicle workers had the highest rates of unhappiness with their work setup.

There are pros and cons to all three office layouts. But the productivity levels among them vary by only 6 percent. So is it really fair to say that one layout is that much more productive than the others?

The Solution: Looking Beyond The Layout

In truth, there is so much more to overall employee happiness and productivity than just office layout.

Sure, some elements are recommended and can even be traced back to our evolutionary heritage. For example, we like to sit with our backs to the wall to minimize potential threat and avoid someone sneaking up on us. Or we enjoy a view of the outdoors and direct sunlight entering the office because, as former hunter-gatherers, we are happiest when being outdoors.

But instead of just thinking about layout, it's more important to get creative with the design and ambience of the workplace.

Here's how to make your office more productive without spending thousands of dollars to change the layout:

It’s not just the space itself. It’s also got to do a lot with the feel of the space, or its place identity. No matter the definition, a company’s success is directly related to employee satisfaction and the way we perceive our workplace.

And instead of arguing which layout is the best for productivity, we should also remember—it’s how we make the most of our space that counts.

Next: The Simple Reason Why It’s Time To Ban Laptops In Meetings