The Pitfalls of the Phrase “That's Not My Job!” 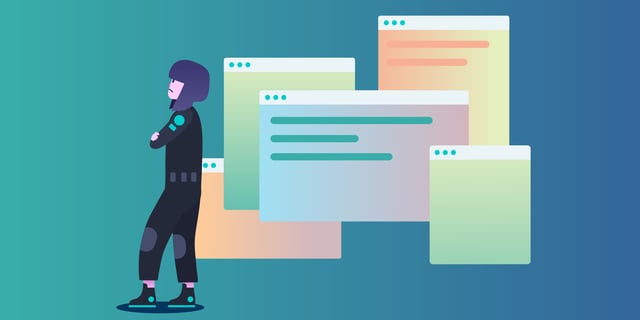 It can happen to anyone.

You’re whittling away at your long to-do list and your coworker pings you on chat or walks up to your desk. They ask if you can lend a hand to finalize a presentation and also convert a pesky document into a PDF again. But instead of graciously declining to help, you exclaim, “That’s not my job!”

You have probably said this once or twice. And you most likely meant no harm with your response. However, telling a coworker that a task isn’t your responsibility can cause you some serious professional drawbacks. The “not my job” approach to work is one of the five most common career limiting habits, and based on a study by VitalSmarts, 97% of employees are guilty of exercising at least one such limiting habit on a regular basis.

One of the most important values at Trello is Don’t Do Nothing. If you see something broken, you are encouraged to make a decision about the issue and inform the appropriate team, or deal with it yourself. Bottom line: Never assume that someone else will address the problem.

That brings to mind a story:

As you can tell, these assumptions and mindsets can create quite the predicament. So what are the causes and pitfalls of this self-sabotaging attitude? How can a "don’t do nothing" culture benefit your career? And how can you politely and appropriately decline additional work when your plate is too full?

Let’s explore work attitudes with lessons from tech companies like Facebook, HubSpot, and our team at Trello.

The Causes Of A “That’s Not My Job” Attitude

In the moment it may feel good to decline the request to help prepare the quarterly presentation the day before it’s due... Until you’re sitting in the meeting and see a glaring typo on the header of a slide.

The reasons for this attitude may go deeper than you think, and could end up hindering your role or reputation. Here are a few reasons why you may be saying “That’s not my job” more often lately:

To top it all off, when you assume that someone else on the team will handle a task, you could be pegged as a social loafer—meaning you have the tendency to take less independent initiative at work if you are a part of a group. This may cause your coworkers to think that you can’t pull your weight, even if you’re capable.

Stop rolling your eyes and take some ownership 🙄 🚫 These are the reasons why you keep telling your coworkers “That’s not my job!”

The Benefits Of A “Don’t Do Nothing” Culture

“That’s not my job” sentiment may be flying around your office more often if the leadership team doesn’t promote a culture of autonomy, collaboration, and transparency. If teams work in silos and everything is a secret, your corporate culture may be a root of the cause.

Michael Pryor, co-founder and Head of Product at Trello, reiterates “Don’t do nothing” at every company-wide Town Hall meeting. With this phrase, he reminds every team and individual that they are empowered to fix issues and make decisions without a hierarchy of approvals.

This ethos breaks through the silo effect between teams that can harm collaboration and reduce a sense of responsibility. For example, an engineer should feel comfortable to let the marketing team know about a typo in a Facebook post. And vice-versa: If the marketing team sees a bug in the latest app update, they reach out to share this issue. There should never be a feeling of “stepping on someone else’s toes.” Authentic values are the building blocks to empowering each team member to take action.

But Trello isn’t the only company that has seen success with this type of corporate culture. At Facebook, the slogan, “Nothing at Facebook is someone else’s problem,” has become a part of the tech giant’s corporate persona. They even have posters created at headquarters with the slogan that employees hang at their desks.

Caitlin Winner, a designer at Facebook, shared in this Medium article how the “Nothing at Facebook is someone else’s problem” philosophy empowered her to improve and redesign the Friends icon. No one told her to take on this project. Instead she saw some glaring design issues, especially with the female icon, and took ownership to enhance it. When she completed her self-initiated project, Caitlin was nervous that other designers would be angry with the changes. Instead, she explains:

“Timidly, I saved out a new version of the glyph file, not sure if I was breaking any rules and half expecting a bunch of angry designers to message me asking why I was messing up Facebook’s glyph kit. Instead, and somewhat magically, the new icons began to appear in new products across the company and our many platforms.”

These values of “don’t do nothing” and “nothing is someone else’s problem” are made possible because the leadership team of both organizations trusts and empowers their people. Research shows that employee empowerment has a positive impact on job satisfaction. (Empowerment means being involved in making decisions, having autonomy to complete their tasks, and knowing that their work has importance for the organization.)

HubSpot knows a few things about how to empower employees too.  The fourth code in the famous HubSpot Culture Code states: “We favor autonomy and take ownership.” Their empowerment also comes down to trust and transparency. They prove that they trust their teammates with a 3-word policy: “Use good judgment.” These three words embody the trust that every employee is given and the autonomy to make decisions that are good for the team and customer.  In addition, HubSpot supports a culture of transparency so everyone has access to the resources and information they need to take ownership of their tasks and make decisions. 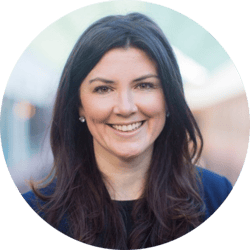 “I love that two of our cultural values are humility and autonomy. To me, the humility means that every single person has an obligation to solve for the company and our customers over their team and themselves, which means there is no task too small or menial, regardless of your level or tenure.

The autonomy part of the equation is about empowering people to bring their ideas and action to bear on any challenge or problem facing our business or our customers—we want everyone to be a leader, a problem solver, and a force in making our company better, so we provide as much information and context as possible to help inform how people tackle those challenges on a daily basis.”

How To Say No Without Burning Bridges

There will be very real times when you have way too much on your plate and can’t help your coworker with that quarterly presentation. And if you’re stressed and have a deadline, you probably don’t mean to say “That’s not my job!” and instead mean to say “Sorry, Jamie. I have a tight deadline and can’t put my best effort into helping you with that presentation.” But this impulsive, negative reaction could offend Jamie. On top of that, it could work against you down the road when you need help.

There are plenty of ways to stop saying “That’s not my job!” and start saying “No” without burning any bridges:

If the phrase “That’s not my job!” is plaguing dialogue on your team, it can be worth it to look at the deeper causes at play. At the individual level, you can discover if you’re just unhappy in your job or if you’re overloaded with tasks. At the organizational level, executives and managers can analyze if their corporate culture is fostering a culture that empowers its people.

Be open to change and remember: Don’t do nothing!

Empowered employees = happy employees. A look at how Trello, Facebook, and HubSpot foster a culture of autonomy, transparency, and collaboration.

How do you battle career limiting habits? Does your company have a solid corporate culture? We’d love to hear about it in the comments!

Next: Braintrusts: How To Build A More Candid Think Tank Culture At Work

Creativity can be cultivated by anyone. The Trello marketing team shares their top ways of tapping into a creative mindset and making it a habit in their routines.

Thanks to your mindset, you can become more productive by discovering the answer to this question—are you a learner or performer?

These Limiting Beliefs Are Preventing You From Being Successful

Your belief system could be the reason why you can't tackle that project or make a big career move. Learn how to overcome these common limiting beliefs in order to be more successful.

Life Can Get Messy: How To Clean Up Your Digital Space

Your digital organization can become chaotic when life gets busy. Here's how to start taking control of your digital space, one Trello list at a time.