Aim To Fail: Why Rethinking Rejection Can Increase Productivity 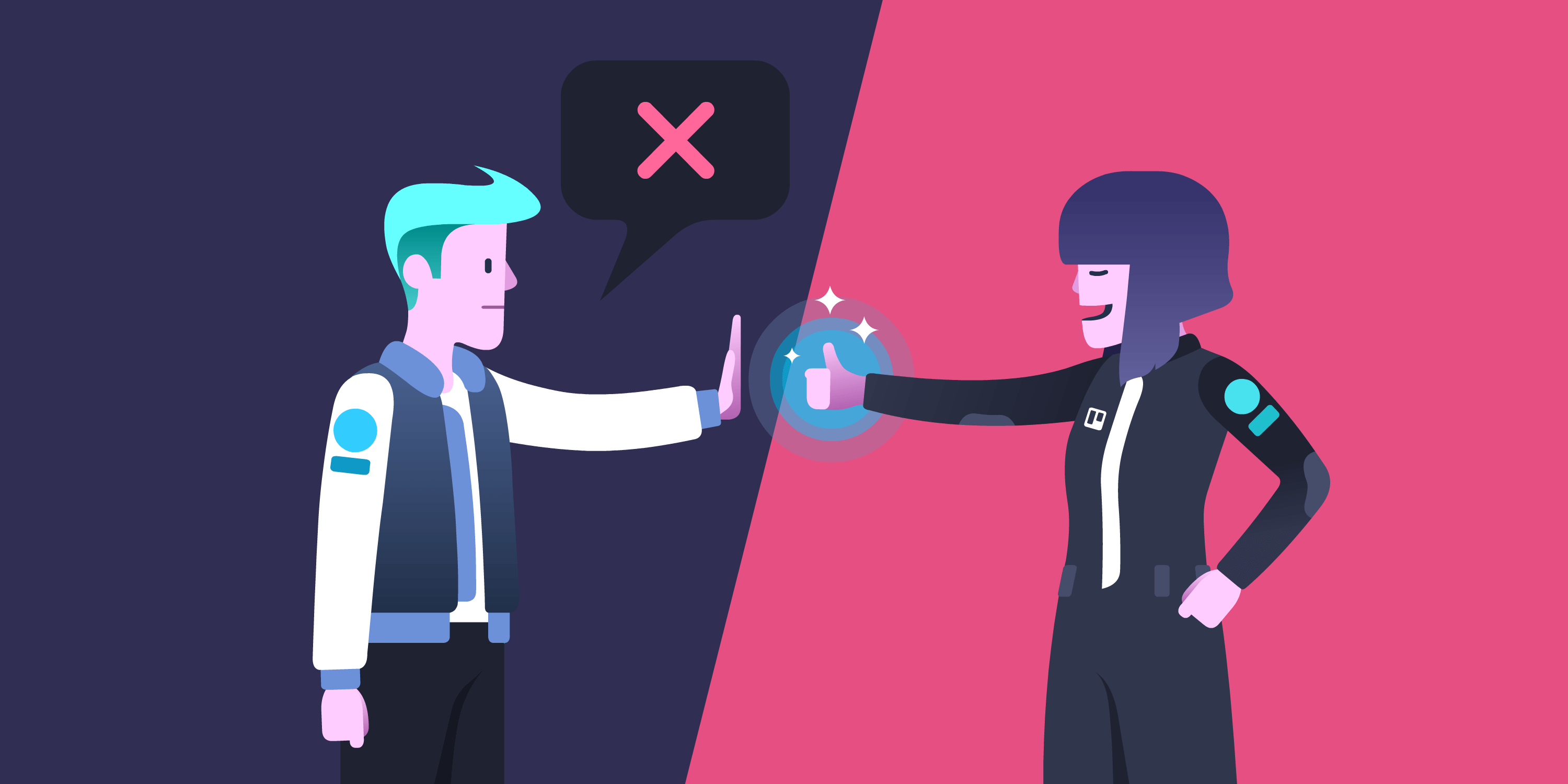 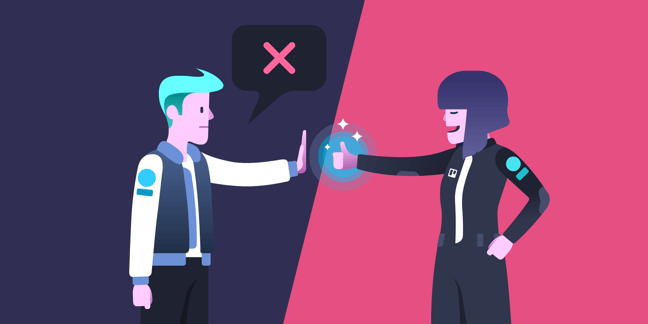 No one likes to hear "no," especially after working hard on an idea. But in many workplaces, dealing with rejection is part of the job. Dream of working in a creative field or becoming an innovator, and you may be signing on for even more brutal (and sometimes public) rejection.

So how do you learn to embrace rejection? Many successful visionaries have found their rejection to be some of the best things that have ever happened to them. Developing a positive attitude toward rejection isn’t as counterintuitive as it sounds. Here are some tips from the pros:

Why Aiming To Fail Can Lead to Success

Creative nonfiction writer Kim Liao published an essay last year that sent ripples through the literary community. In it, she described her strategy to aim for 100 rejections per year. You may not be used to seeing rejection as a sign of ambition, but Liao points out that a triple-digit goal is difficult to hit.

“My ego resists mustering up the courage to submit writing to literary magazines, pitch articles, and apply for grants, residencies, and fellowships.” After accumulating 43 rejections and 5 acceptances, she wrote, “Now, I see rejection as a conversation: for every piece that is rejected, at least one other person read it, thought about it, and really considered whether it would be a good fit for publication.”

The real cost of rejection isn’t hearing “no” that one time. It’s missing opportunities to try again because the original rejection is still echoing in your head.

Setting a challenging rejection goal means you don’t have time to wallow. To get 100 rejections in a year like Liao, you need to be sending something out almost daily. You need to generate new ideas quickly, and even resubmit rejected ones to a new outlet as soon as possible. 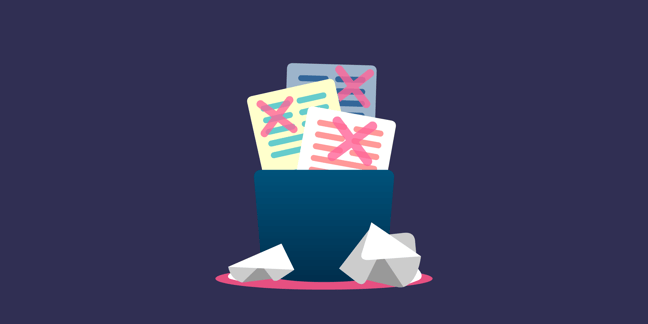 Learning to roll with rejection may even encourage healthy business growth. You may have to research more potential clients or markets so you don’t overwhelm your current list of contacts.

If you reframe rejection as an achievement for putting yourself out there, rather than a penalty, you may have an easier time mustering the courage to aim for top-tier, highly competitive targets. Achievement-oriented workers, often identified as “Type A” people, may even find a weird sense of satisfaction in adding another rejection to their tally for the year.

Seeking rejection also means you can’t rest on your laurels. Success doesn’t count in your “score.” Too many successes can even be a warning sign that you’re restricting your own opportunities by not aiming high enough. It might be time to raise prices, pitch more prestigious markets, or expand the reach of your business.

Working with the same clients on the same kinds of projects is comfortable, but it doesn’t lead to growth. You can take a moment to pat yourself on the back when you get a “yes,” but then it’s time to push forward with another idea to keep rejection numbers where they should be.

Learning About Grit From Famous Failures 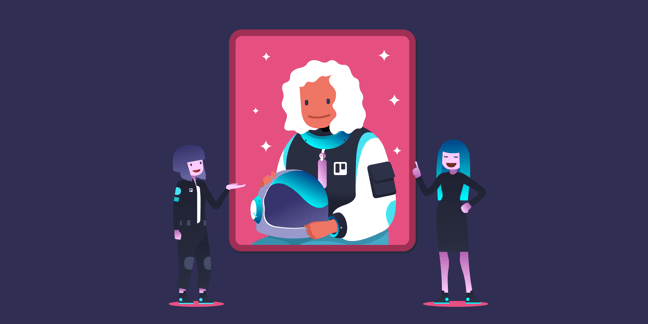 Even if you know rejection is healthy, it can be discouraging to see negative responses in your inbox day after day. What most people forget is that pretty much anyone they admire as a successful role model is likely also, by the numbers, one of the biggest failures they know.

Successful people put themselves out there a lot, which generally means their ideas also get shot down constantly. F. Scott Fitzgerald collected 122 rejection slips before he got his footing as a short story writer. Vogue editor Anna Wintour was fired from a junior position at Harper’s Bazaar because a senior editor thought her photo shoots were too edgy. Oprah Winfrey, Howard Stern, Walt Disney, J.K. Rowling, and many others had bosses tell them they were bad fits in their chosen field or lacked creativity (ha!).

In hindsight, it’s easy to see that these mega-stars were visionaries, and to dismiss their old bosses as bumbling fools who couldn’t spot the genius right in front of them. In the moment, though, it’s devastating to get rejected for something you thought was a strength.

"The real cost of rejection isn’t hearing “no” that one time. It’s missing opportunities to try again because the original rejection is still echoing in your head."

Success takes a never-give-up attitude that psychologists often refer to as “resilience” or “grit.” Researchers are still trying to understand how grit works and what combination of factors determines a person’s grit. In the meantime, some experts have identified strategies gritty people rely on to keep moving forward:

Steve Jobs is a particularly strong example of using grit to thrive despite professional crisis. He and his business partner started Apple in a garage when Jobs was only 20 years old. By the time Jobs was 30 years old, Apple had grown into a multi-billion-dollar company--and Jobs found himself kicked to the curb when his creative vision diverged from the rest of the board. In his 2005 Stanford commencement address, he recalled how adrift he felt:

“What had been the focus of my entire adult life was gone, and it was devastating...I was a very public failure, and I even thought about running away from the valley. But something slowly began to dawn on me--I still loved what I did.”

Jobs decided to use his unexpected (and initially unwanted) new freedom to try new things. He launched Pixar Animation Studios and software company NeXT. By the time he was rehired at Apple in the late ‘90s, Jobs was gearing up to launch some of Apple’s most anticipated and successful products (ever heard of a little gadget called the iPhone?). 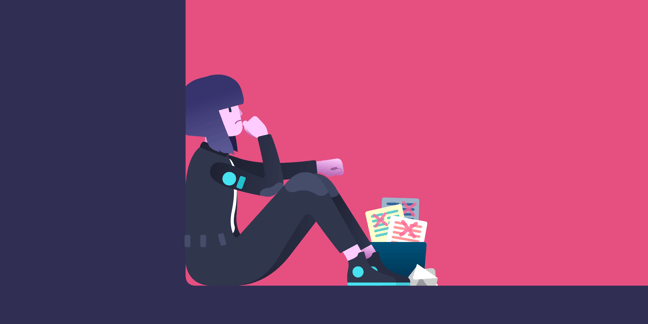 The other pitfall to watch out for is getting sloppy with your work. It’s easier to rack up 100 rejections (or whatever your goal is) if you send out applications containing typos and lackluster ideas. It’s also a waste of everyone’s time.

Samuel Beckett is the author of the quote at the top of this section. The idea of “failing better” also ties into the popular idea of logging 10,000 hours of dedicated practice to become an expert. Making time to hone and revise rejected ideas can lead to better success rates than simply sending old ideas to someone different.

Start by organizing your ideas in a format that’s easy to track. If you brainstorm and organize your work on a Trello board, you might have lists for Rough Brainstorms, Ready to Send, Pitches Awaiting Response, and Needs Review.

In your routine review, turn a critical eye on these elements of rough ideas or rejected pitches to increase your chances of a “yes”:

Copy this inspiration board and make it your own.

Look for the bright side in rejection notes, too. If your boss says, “We already have something similar in the works,” it means you’re coming up with good ideas. Ask how you can assist in the current project, and keep brainstorming hard. Your next big idea may nail the timing and earn that long-awaited yes.

Next: Fight Or Flight? How To Channel Your Work Anxiety Productively

We're excited to introduce a couple of new automation features that are going to make sharing progress and process in Trello a whole lot easier.