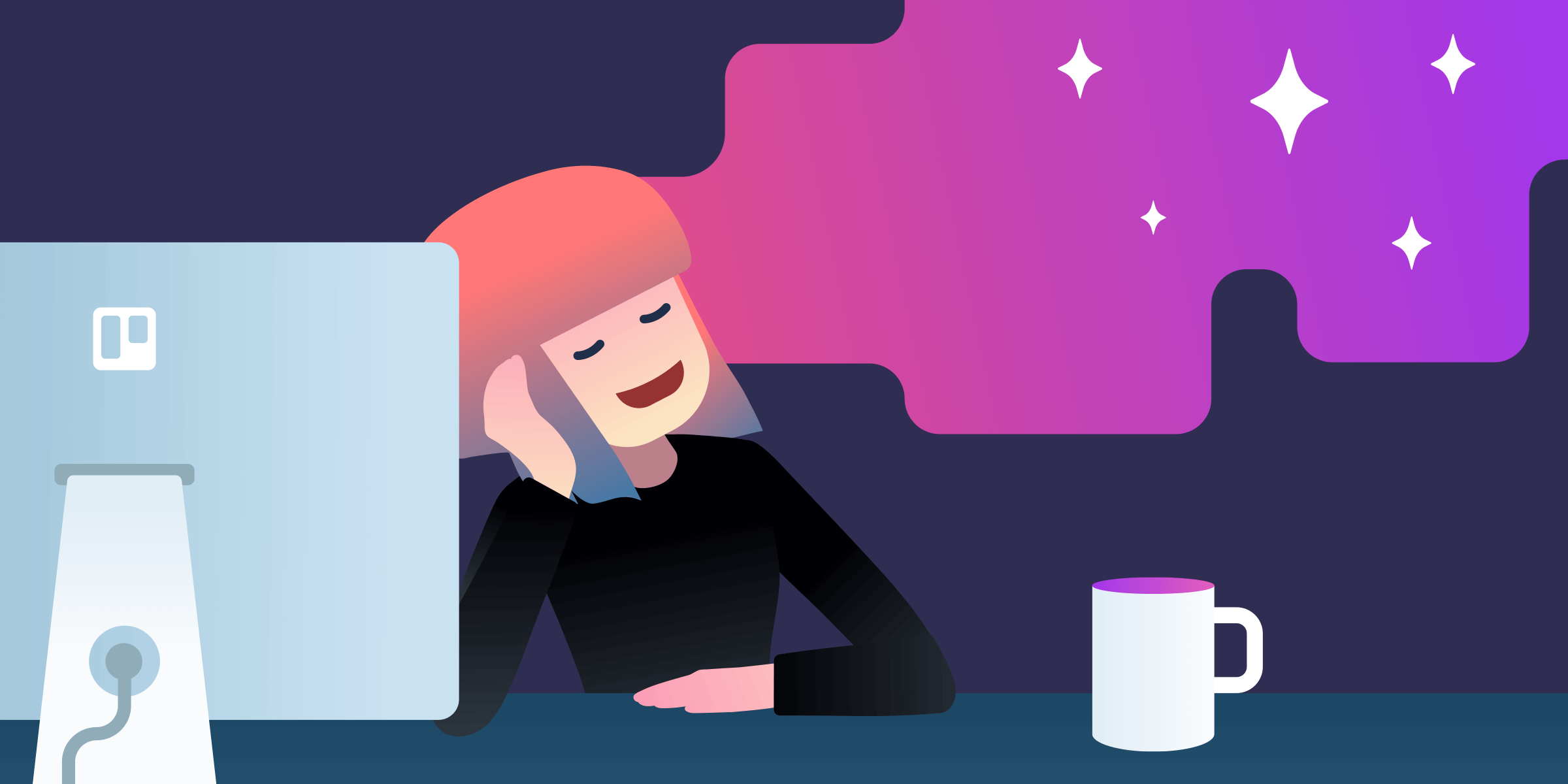 “I’m going to write a novel!” I proudly proclaimed to anyone who would listen. It was 2010, and I was a wide-eyed college student who had recently discovered NaNoWriMo, an annual nationwide effort to write 50,000 words during the month of November.

The future was bright; I had publicly shared my intentions and people were “holding me accountable.” Two key things that will help us achieve our goals, right?

Except I never did finish that novel. While I did hit the 50,000-word mark, I abandoned the manuscript in its preliminary editing stages. So what happened?

Some research suggests that the open declaration of my novel-writing intentions is precisely where I went wrong. So before you share that big dream of yours, let’s dive into the science-backed reasons you may want to keep it to yourself if you want to reach that goal.

Perhaps the most popular research about goal sharing and motivation is by Peter Gollwitzer of NYU. In 2009, Gollwitzer and his colleagues published research suggesting the simple act of sharing your goal publicly can make you less likely to do the work to achieve it.

In one study, law students were asked to fill out a questionnaire that measured their commitment to making the most of their educational opportunities. Those whose answers indicated a high level of commitment to becoming lawyers were then split into two groups. For the first group, an experimenter looked at each participant’s questionnaire and then asked them to confirm that the answer they circled was the one they had intended. The second group, however, dropped their questionnaires into a box and understood their responses were anonymous.

Researchers concluded that when someone notices your identity goal, that social recognition is a reward that may cause you to reduce your efforts. So in this case, the students who stated they were committed to becoming lawyers had already achieved that identity in their mind thanks to the experimenter’s acknowledgment of their answers.

So if your goal is closely tied to your identity, it might be best to keep it to yourself. This way, premature praise won’t fool you into feeling like you’ve already achieved your aim.

Take-home tip: Is your goal identity-related? If so, receiving social recognition of your goal before you’ve even achieved it may make you less likely to do the work.

In a Reed College study, researchers attempted to gauge the effect certain types of praise have on our motivation. They assigned 111 college students to one of three groups:

Each group was then asked to complete three puzzles.

The third and final puzzle was meant to induce failure, and students in all groups received feedback that simply said, “You didn’t do as well on this last one.”

Following the first two puzzles, questionnaire answers showed there was no effect on the participants’ intrinsic motivation. But after the third “failure” puzzle, results showed that, across all grade levels, person praise was less motivating than process praise. Seniors, in particular, reported greater intrinsic motivation after process praise versus person praise or no praise at all.

These results led researchers to infer that “all age groups beyond preschool appear to be more positively affected by process praise than person praise after encountering failure.”

While it’s natural for the people you love to praise you after you announce an intention, this study suggests that when someone praises you for an inherent trait that you have little to no control over, it isn’t very helpful. Further, in some cases, it may be less motivating than receiving no praise at all, particularly after you experience failure.

So, for example, if you were to announce that you want to become fluent in Mandarin, and everyone responded with person praise, such as, “Wow, you must be really smart!” and then you fail your Mandarin test, that setback could negatively affect your motivation to achieve your goal. It’s more helpful if people respond with praise focused on your process, such as, “That’s awesome that you practice new vocabulary every morning!”

Take-home tip: Is this person likely to give me “person praise”? If so, it might be best not to tell them, or else you might feel less motivated to achieve your goal. Alternatively, if you’re relying on them for accountability, ask them to praise you specifically for your processes, or just not praise you at all.

Reason #3: If you’re a beginner, getting negative feedback could stop you.

In 2011, University of Chicago professor Ayelet Fishbach reviewed existing research and conducted new studies to determine how positive and negative feedback affect the pursuit of one’s goal. She and her team found:

One example the researchers give is a math student who gets a good grade on a test. If she perceives it to mean she likes math, she will study harder. If, however, she sees the high score as a sign she is making progress in the class, she may ease up and study less.

To further test this, Fishbach and her team studied American students enrolled in beginner and advanced French classes. They found that students in the beginner class were more interested in having an instructor who emphasized positive feedback. In contrast, students in the advanced class were more interested in an instructor who emphasized negative feedback.

In a follow-up study of American participants learning a new task of typing in German, the researchers found similar results: As the participants advanced, a larger proportion sought negative feedback.

Take-home tip: If you’re a beginner, you’ll need positive feedback, but if you’re an expert, the opposite is true. It may help to tell the person exactly what kind of feedback you need at this stage.

“I’m telling you this so you can hold me accountable!” How many times have you said that following your public declaration of a new goal? While traditional advice urges you to seek an accountability partner, research suggests that, in some cases, accountability can decrease your motivation.

Further, a study by George Cvetkovich found that when participants thought they were going to have to explain their betting decisions to a friend, they recalled judgment policies with higher accuracy than those who were told they were being held accountable by a stranger.

Take-home tip: Is this person a friend I can trust to hold me accountable? If so, they might be a better accountability partner than an acquaintance or stranger you don’t trust.

Reason #5: Hearing about competition might make you back off.

Have you ever told someone a big dream of yours, only to have them point out that there are many others trying to do the same thing? While this feedback may be well-intentioned, it could hurt your efforts. In one study, researchers found that when students perceived there to be a lot of competition, they would decrease their efforts to “win by not losing.” So it may be best to keep your audacious goal to yourself and go in unaware of the competition you face.

There is one area, though, where competition could boost your efforts: exercise. At the University of Pennsylvania, nearly 800 students went through an 11-week exercise program and were randomly assigned to one of four conditions: individual alone, team support, individual comparison, and team comparison. The results? Those who were in a competitive atmosphere attended 90% more exercise classes than those who were not.

Consistent with the University of Pennsylvania study’s findings, a Rutgers University study found that participants performed better when competing against others in a physical task, but not a memory task.

So if your goal is exercise-related, such as training for a marathon, losing weight, or improving your swim times, a little rivalry may ramp up your efforts.

Take-home tip: Is this goal exercise-related? If it is, it might actually help for you to have some competition to motivate you.

So, What’s A Goal-Getter To Do?

As with any advice, this isn’t one-size-fits-all. Studies can only take us so far. But what the research suggests is that if you’re going to share your goals, do it strategically. Before you announce your intentions to someone, think about how it might realistically affect your chances of achieving the goal.

While I never followed through with publishing my novel despite announcing that goal to everyone I knew, I’m not too upset that it fell by the wayside. I’ve since shifted my focus to nonfiction instead.

So does that mean I’m writing a memoir now? (I’m not telling.)

Next: The 4 P's: How To Hit Your Personal OKRs With Trello

Project risk can mean project damage, and it can’t be ignored. Every project manager needs these tips to asses risk, damages, and manage project goals.