Push Off Flaws, Be Less Productive: How To Stop Making Excuses 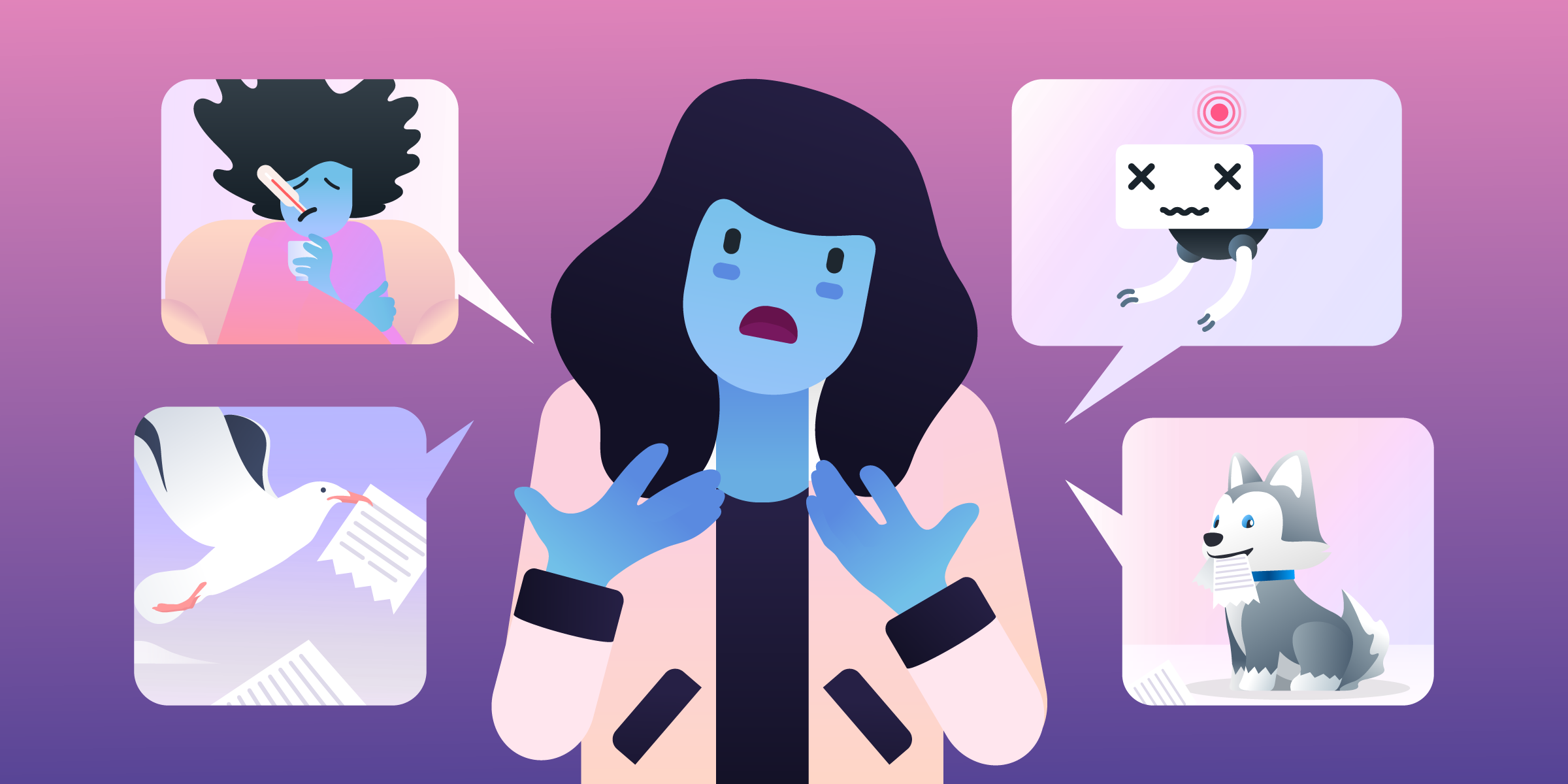 You made a New Year’s resolution to go for a run at least three times per week, but have only managed to put on your running shoes a handful of times. It’s easy to muster up excuses as to why you haven’t stuck to your goal—you’ve been working late nights, it’s been too cold (or too hot) out to run—or you simply just can’t “find” the time to exercise consistently.

So instead of owning the reasons for breaking your resolution, you make excuses to place the blame elsewhere. And it makes you instantly feel better, like pressure releasing from a pent-up valve.

Why are excuses so alluring? Why are we so quick to push off blame instead of owning our pitfalls?

Let’s explore the reasons why it’s so tempting to make excuses, and how you can rewire your brain to avoid this first inclination.

Why Do We Make Excuses?

Excuse-making is psychological, and this habit comes down to an inherent need to protect your ego.

Your psyche wants to think of itself as an ethical, honest, and moral person. So when you’re in a situation that makes you feel the opposite, such as missing your deadline at work or forgetting your best friend’s birthday, you make excuses to protect a positive sense of identity.

Excuses serve as a defense mechanism in this battle between your positive self-identity and the common challenges of everyday life. So instead of admitting to your best friend that you completely forgot her birthday, you may call her the next day and tell her you were working late—even though you were binge-watching the latest Netflix series.  By placing the blame on something that seems like it was out of your control, you are able to protect your self-identity and avoid feelings of shame or anxiety.

Excuses serve as a defense mechanism in this battle between your positive self-identity and the common challenges of everyday life.

Think about your latest win at work. You most likely attributed the success to the extra hours you worked and the stellar strategy you and your team concepted to achieve the high-performing results.

If the campaign didn’t perform well, however, you may have found an external reason on which to blame its lackluster performance, such as a disengaged target audience or a team member who didn’t pull their own weight.

You put a lot of effort into being the best version of yourself. But it’s important to tackle your mistakes and flaws head-on. When you can recognize the types of excuses you give to friends, family, and coworkers, you’ll be able to target the real reasons for your less-than-favorable outcomes and be more productive the next time around.

The Bad Habit Of Placing Blame

Making excuses starts at an early age, primarily when we start school. The old adage, The dog ate my homework, comes from this habit-forming practice. Instead of telling the teacher you didn’t want to complete your homework, you just blamed it on an external factor, like your dog, as to why it wasn’t ready for on time. Now, your fluffy friend does enjoy chewing, but they don’t deserve this destructive reputation.

This bad habit of placing blame starts young and follows you into your career. Making excuses feels like the easier option rather than explaining the truth behind your procrastination or low productivity.

Here are the most common types of excuses:

Even though excuses are alluring and can give you an easy out from an uncomfortable situation, they can cause more harm in the long run, such as lower productivity, increased anxiety, and procrastination.

How To Hold Yourself Accountable In The Face Of Easy Excuses

He that is good for making excuses is seldom good for anything else.
– Benjamin Franklin

Mr. Franklin must have spent a fair amount of time working and collaborating with others to form such a strong opinion about excuse makers. Just because you’ve made excuses in your lifetime, however, doesn’t mean you can’t break this bad habit. By practicing a few of the following strategies regularly, you’ll be on your way to following in the footsteps of another founding father who apparently never told a lie (looking at you, George Washington 😏).

Fight The Inclination To Make Excuses

It’s enticing to rely on excuses to give us a way out of an uncomfortable situation or to protect our egos. But at the end of the workweek, these constant justifications will wear down your productivity, and can even lead to a bit of complacency.

So the next time you blame the weather on why you haven’t gone out for a jog in a few weeks, push that excuse to the side and hit the ground running on your way to building better habits.

Discover what Hanlon’s Razor is, why it’s so powerful, and how you can use it not just to see the best in your colleagues, but to be a better coworker yourself!

A Manager's Guide For Creating A Hybrid Work Schedule

Hybrid work schedules exist on a spectrum, with some being “office-centric” and others “remote-first.” But which is right for your team? Read through companies’ hybrid work schedule examples to find some inspiration.