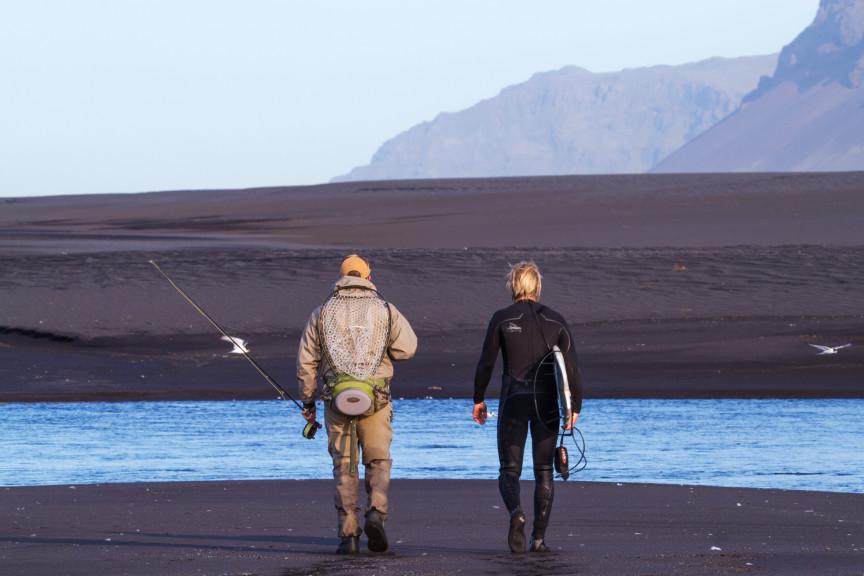 Despite what you may think, fly fishing is actually cool. Fly fishing in Iceland is even cooler, and not just the temperature. The common perception around fly fishing culture is that it’s a gentleman’s sport, but documentary filmmaker RC Cone wants to change that.

RC is an outdoor enthusiast and Montana native where, as he puts it, “You move there and are basically handed a fly rod and a snowboard.” He became disillusioned by the persistent stereotypes surrounding sports he loved, including fly fishing. A documentary filmmaker by trade, he sought to disrupt the gentlemanly conversation surrounding fly fishing by adopting the mantra of just saying yes… or rather, YOW.

RC and his team travelled to Iceland with the express purpose of getting out of their comfort zones and diving deep into fly fishing, surfing, travel, and the concept of just saying “yes,” or, in Icelandic, “Já” (pronounced “Yow”). The team brought a fisherman out to learn to surf in Iceland, and taught an Icelandic surfer how to fly fish. 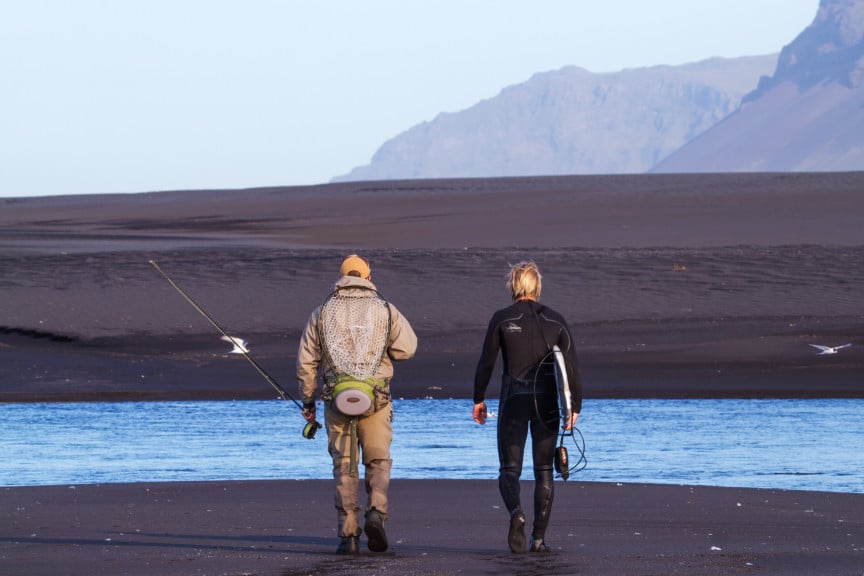 “What we really wanted to push forth in this documentary is that it doesn’t matter whether you’re a surfer or a fisher or a hiker,” RC explains, “It’s all about this experience and opening up the world to new things.”

RC had been to Iceland before, but felt like he missed something. So for this trip he and his crew avoided fancy lodges in favor of eating spaghetti and hot dogs from the back of their truck, roughing it, and really diving into all that the Icelandic landscape had to offer.

RC really relished the idea of crafting a new voice around a sport he loves. The community of fly fishing is small, and by making a film and conducting a film tour with screenings for fly fishers across the country, he gave access to his divergent experiences and attitude.

In the outdoor enthusiast world, people often associate youthful culture with sports like snowboarding and surfing. This can partially be attributed to the wealth of daring and fun documentaries put out by members of the community, from the Banff film festival to the Endless Summer documentary series. These documentaries not only explore the sport, but also the culture surrounding these hobbies. This media drives the conversation and, subsequently, the perception of the sport to viewers both inside and outside of the sport. 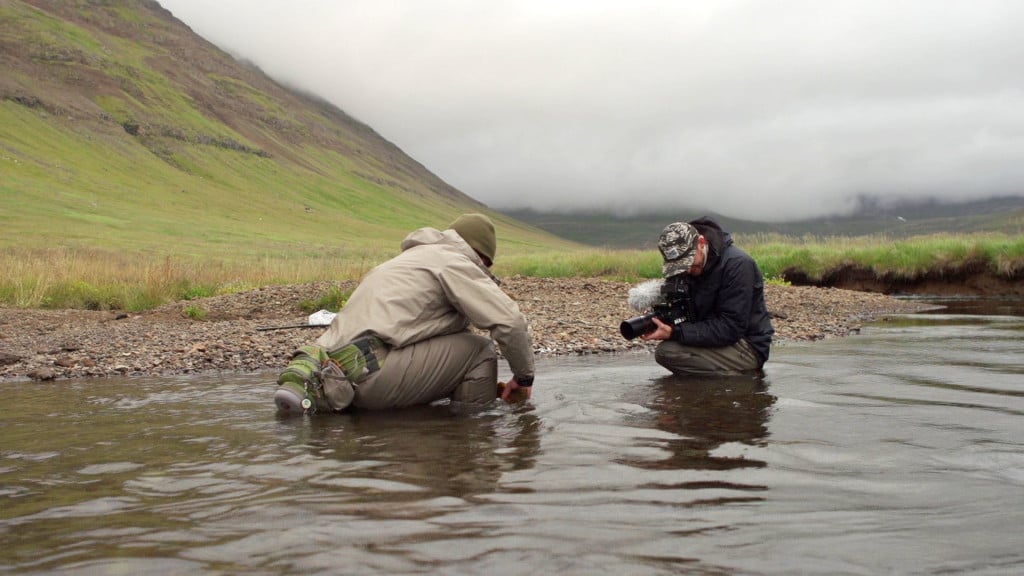 RC wants to provide the same effect for fly fishing. “What I found out about the media around fly fishing is that it’s very young, it’s 10 years behind the snowboarding and surfing media and documentaries,” RC says, “What’s really exciting for me is I have an opportunity to help define what fly fishing looks like presently and in the future.”

When it came time to reel in their catches and start editing footage, RC said he was lucky to have Trello. A self described “junk show,” he explains he relied on it to keep his distributed team, and, just as critically, himself organized.

“Working with my editor and my writer, I’d finish a rough cut of the movie, add it to DropBox, then connect it to Trello. They would chime in with notes and ask questions on Trello.” RC said it was great for assigning tasks to different people. For example, if he needed header titles, he would just add his editor to the card so he knew it needed to get done.

This is a sample board based on RC's filmmaking workflow.

RC and his team created lists for everything. From Post Production to Marketing, he kept it all on one Trello board. He says, “it kept me sane while I was trying to talk to 50 people at once.” He documented all his communication with Sponsors on individual cards, so he could keep track of where he was in the funding process. He easily onboarded interns, because access to the Trello board gave an immediate overview of the progress for any initiative.

“It’s not just a to do list,” he explains, “it’s a process. It’s a great way to disseminate information.”

RC and his crew are taking their story of adrenaline, adventure, and the ability to accept new situations across the country. Yow: Icelandic For Yes! is currently being screened at the 2015 Fly Fishing Film Tour in 185 cities. Their message of embracing challenges and adapting on the fly (pun intended) transcends the sport itself and captures the spirit of their message: whatever the challenge, just say Yes. 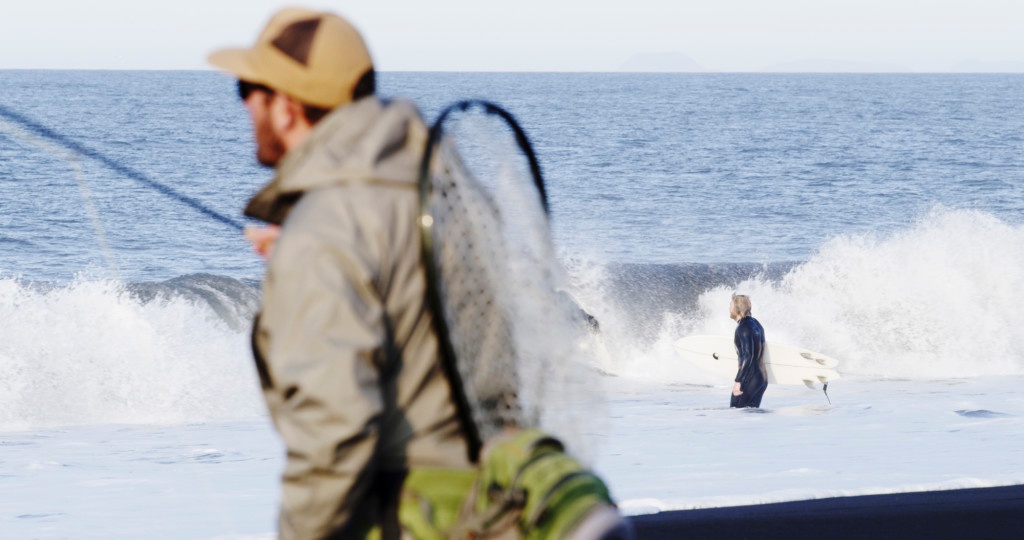 Special thank you to RC Cone for sharing his filmmaking processes and life philosophies.

The Hunt Is On! How To Use Trello While Seeking A New Job

Follow these tips and this Trello workflow if you're seeking a new job this year. These recruiter recommended steps will help you find your next career opportunity in no time.

How To Spring Clean Your Workflows (And Life!) With Trello

When you think of spring cleaning, you often think of tidying up your home. But your digital workflows deserve a deep clean as well. Use Trello to freshen up your physical and digital spaces.

Crush Your Carbon Footprint One Trello Board At A Time

We partnered with the Business Council on Climate Change to create a Trello Template called “My Climate Action Plan” (MyCAP) that helps you measure your carbon footprint and set SMART goals to make a lasting change.

Is Your Workflow Ready To Be Transformed Into A Trello Template?

Are your workflows up to snuff? Discover how to assess your Trello boards, decide if they're template-worthy, and turn your favorite boards into Trello Templates.