When To Slack And When To Hold Back: Tips For Better Team Communication It's your team lead. You have no idea what she wants and you start imagining all the possible things you might've done wrong this morning. Did you accidentally make an egregious error that is taking the company down? Is the smile lighthearted or sarcastic? Is she trying to soften her tone with that darn emoji? It’s impossible to discern via chat. You then spend an inordinate amount of time pondering her true intentions.

But what does it MEAN?!?

The reality is, all of this paranoia is unfounded. If you were speaking to your team lead in person or on video chat, you would know she had a friendly tone. If you could peek through the screen, you could see she is juggling 50 tasks and didn't have time to give you all the reasons she wants to chat.

As more teams go digital and turn to remote work, it’s important to remember that the kinds of nuanced communication you get in an office setting don’t necessarily translate online. Setting some ground rules for team communication goes a long way in making sure your team is productive and happy.

If you’re already working in a remote team, chances are your team has its roster of favorite tools. Whether it’s email, Slack, Trello, or Google Hangouts, an important question to ask yourself is how and when to use these tools to convey the right information. On the marketing team at Trello, we use a simple question that saves us a lot of time and mental energy:

Is the information time sensitive? If yes, go to Slack. If no, go to Trello.

For example, if you have a project update that is not time sensitive, pinging people in Slack may be distracting and take them away from the brilliant state of concentrational zen they’ve been trying to reach all day. 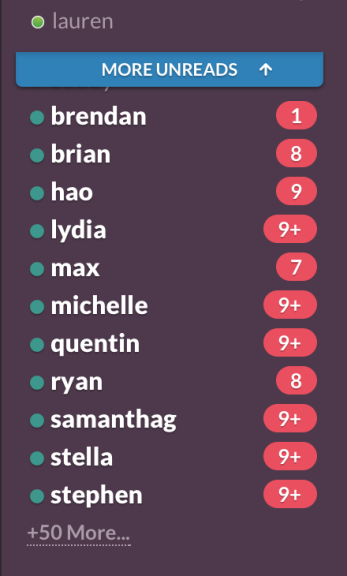 This is my nightmare. This is all of our nightmares.

Another crucial question is whether information is important to relay in text or face to face format. If you have some constructive feedback to give, consider doing it face to face (via Appear.in or Google Hangout) so your intentions come across.

Tools can mask the intention and humanity of the people involved. Keep in mind that at the end of the chat or Trello board is a human being with feelings and reactions.

Don’t Be A Negative Nancy

Sometimes people will solicit feedback for a project or idea and receive a barrage of helpful (as well as not so helpful) suggestions. This can leave that person feeling overwhelmed and under-inspired.

When you ask people what they think, they’re more likely to point out the flaws or give their opinion without really thinking about the impact this might have on your own mood and feelings.

Instead, think about relaying the strengths of someone’s idea before mentioning ways to make it better. Keep in mind that the person asking for feedback is making themselves vulnerable by asking for your opinion, and you should deliver your feedback in a way that relays your best intentions.

This might seem over the top, but once you get in the habit of saying something nice first, it becomes second nature and makes the whole team much happier.

When you’re communicating digitally, you never quite know what the other person is doing at that moment. They might be at their desk just like you are, or they may be frantically rushing to a sales meeting, only responding “Yes” to your question from their mobile phone and not elaborating because they don’t have time.

Without understanding the other person’s context, you might think that person doesn’t care about the issue you brought up, when they’re really just trying to catch a cab in SF (good luck!) or suffering from an extremely low (read: glaring red!) smartphone battery life.

With the information on that person’s context, all of a sudden, the curt answers make sense: it’s not that your coworker doesn’t care, they are just indisposed at the moment.

Prefacing communication with your personal context can really help prevent miscommunication when things are out of the ordinary. Another example is letting team members know when you are heads down on a project and can’t respond to questions right away. In any case, over communicating is always better than making assumptions. 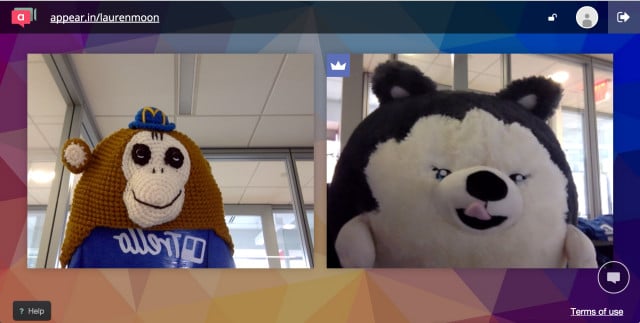 When communication starts to get complicated, confusing or heated, hop into video chat. The same way that you’d seek out a coworker in an office setting to discuss an important issue, video chat makes it much easier to mimic this interaction.

Digital communication tools lack the verbal and emotional cues that come from talking to someone face to face. This means one person may perceive a conversation as an argument when the other person perceives it to be a discussion.

All of this can be easily avoided by throwing an Appear.in link into chat and talking about something right away, before it becomes an issue. It will usually only take a few minutes and will save loads of time later.

Just as feelings such as resentment can build over time because of underlying issues not being addressed, digital communication gone rogue can facilitate the same thing.

The easiest way to nip this in the bud is by recognizing the humanity in team members via seeing their face. It’s a game changer.

Tone, nuance, and intention are all lost when not attached to a message. So, a message as simple as “Hey, have you finished working on X?” can be construed as anything from catty to kind to sarcastic all while reading it in different voices (Try it! You’ll be surprised!).

A rule we’ve put into place is always to assume the person you’re talking to has the best intentions. They don’t have ulterior motives, they aren’t being snarky, and they’re simply answering your question. By always assuming your co-workers have the best intentions you’ll avoid a lot of miscommunication and potential conflict both ways— it’s like the Golden Rule: “Treat others as you want to be treated.” You always act with the best intentions, so why wouldn’t your coworkers?

Whether you're managing a remote team or simply helping your team set ground rules for projects, talking about how you plan to communicate and fostering an environment of honesty will make sure you’re taking advantage of all the positives of remote work, rather than letting the negatives become a limitation.

What are some ways that you manage digital communication on your team? Tell us on Twitter, Facebook, or in the comments below.

How To Address And Resolve Team Conflict When You're All Remote

Will you ever completely eliminate team conflict? No, but knowing how to mitigate it and address it will help you maintain a positive culture on your remote team.