In Defense Of Multitasking: How To Do It The Right Way 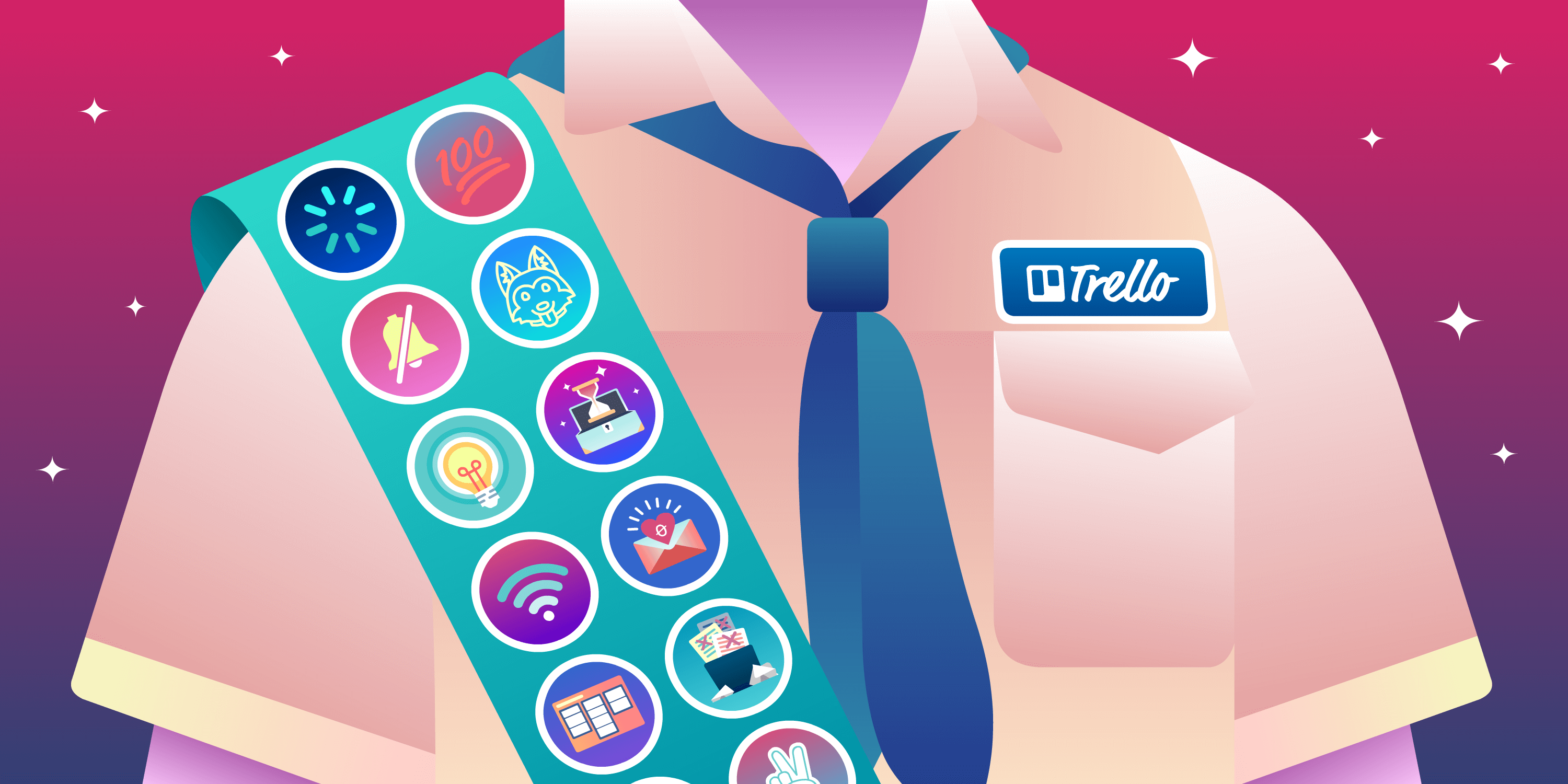 Multitasking: is it actually a good thing? Scientific research suggests there are ways to manage multiple tasks effectively.

You sit down at your computer to get some work done—which often involves feverishly clicking back and forth between your inbox and whatever project is in front of you. You halfheartedly peruse your social media accounts while you’re in a meeting. You participate in a conference call while making your morning commute. You brush your teeth while reading that late-night email from your boss.

Sound familiar? For most of us, the average workday involves a heck of a lot of multitasking.

Unless you’ve been actively tuning out all productivity advice for the past several years, you’re likely already aware of the fact that your affinity to do multiple things at once is sending your productivity levels into a nosedive. Recent studies claim that multitasking can decrease your productivity by a whopping 40%.

But, here’s the thing: We all still do it. For instance, writing this article also involves listening to a podcast and repeatedly throwing the world’s most obnoxious squeaky toy for my terrier mutt.

So, with that in mind, why do we all fall victim to the siren song of multitasking? And, if we’re all guilty of it, can it really be all that bad?

The Difference Between Multitasking and Task Switching

While you’ll hear the term “multitasking” thrown around a lot in various research and scientific studies, it’s not always used in the correct way.

“You really can’t focus on multiple tasks at once, with the exception of automatic tasks such as digesting or breathing,” claims Susan Weinschenk, Ph.D., CEO and Chief Behavioral Scientist at The Team W.

Instead, many of the multitasking warnings you’ve likely read actually refer to the concept of “task switching.” “Task switching refers to switching your attention from one thing to another. You might be switching between two tasks, or even more,” adds Weinschenk.

Take checking your email while you also compile a report, for example. That process is frequently referred to as multitasking—but, you’re not actually doing both of those things at the same time. Rather, you’re rapidly bouncing back and forth between them like a ping pong ball. Your inbox gets your attention for a couple of seconds, before you turn your focus back to the document you’re working on.

Ultimately, it’s that frantic switching of gears (and not truly doing two things at once) that raises so many warning bells for psychologists and productivity experts. “Every time you switch, it uses up time and glucose in the brain,” explains Weinschenk. Glucose is the brain’s main source of energy—it’s what keeps us alert and focused.

So, deplete your glucose through too much task switching, and you’ll be left feeling tired, stressed, and frazzled by the end of your workday.

Plus, that frequent flip flopping is just plain counterproductive. “There are transaction costs,” shares Laura Vanderkam, author of What the Most Successful People Do Before Breakfast, “You lose time on every transition between activities.”

Can Multitasking Ever Be a Good Thing?

So, here’s what we know so far: Hopping back and forth between tasks and internet browser tabs is destroying your productivity. But, what about the pure form of doing two or more things at once? As a self-proclaimed expert multitasker (patting my head while rubbing my stomach is my go-to party trick), I still wasn’t completely convinced that combining certain tasks is an undisputably awful idea.

Sure enough, multitasking in and of itself isn’t inherently bad. “We all do it many times each day. It’s part of our adaptive process to what is going on around us,” adds Weinschenk.

There are a few interesting facts out there that seem to infer that multitasking isn’t always a terrible thing.

In today’s constantly-connected society, media multitasking is huge. For example, you listen to music while you do your work. Or, you online shop on your phone while you wind down in front of the television in the evening.

Many researchers assert that this media overload can be bad for you. But, one experiment found that this obsession with media multitasking can actually be beneficial.

In this study conducted by Kelvin Lui and Alan Wong at The Chinese University of Hong Kong, 63 participants were asked to complete a visual search test. They needed to identify a particular shape on a computer screen full of similar images—all of which were changing color.

To throw a surprise in the mix, the researchers would play a tone during select tests that made no indication of the shape’s location, but did indicate the exact moment when that target shape changed color.

The results? Participants who media multitasked most frequently were far more effective at multi sensory integration. In simpler terms, the occurrence of the random tone didn’t hinder them at all. Quite the opposite—it helped them identify the target shape more quickly.

“It appears that their ability to routinely take in information from a number of different sources made it easier for them to use the unexpected auditory signal in the task with tone, leading to a large improvement in performance in the presence of the tone,” says the recap of the study.

But, what about multitasking that doesn’t relate to media intake at all?

A 2015 study conducted at the University of Florida shares similar support for the multitasking phenomenon. Participants were asked to sit on exercise bikes and pedal at a speed they found comfortable for two minutes.

After that, they pedaled again—with a screen in front of them that presented twelve different cognitive tests at varying levels of difficulty. Then, they were asked to complete the same cognitive tests while seated in a chair.

The results surprised even the researchers. Not only did participants not do any worse on the tests when they were on the bike—they actually pedaled 25% faster. So, multitasking had no dire effects on their cognitive function. Even better, it improved their physical performance.

2. Multitasking Can “Deepen” Your Time

“There’s a nice form of multitasking, which I tend to think of more as ‘alignment’,” shares Vanderkam, “This means deepening time, not fragmenting it.”

Vanderkam cites exercising with a friend as a solid example. “You’re running, but you’re also talking and nurturing your relationship at the same time. That’s good multitasking,” she says. Peter Bregman mentions a similar use of time in his article for Forbes, where he discusses how he managed to successfully combine exercise with his commute to work.

The secret to using multitasking to make better use of your time ultimately lies in finding tasks that don’t cause a huge amount of conflict with each other—like the above exercise examples.

“In other words, you can multitask as long as you’re doing two things that don’t tax the same parts of your brain,” explains Bregman, “Email while on a conference call? Bad idea. But exercise and commuting? It’s a perfect multitasking marriage.”

Research exists to support Bregman’s claim. In a study published in Psychological Science (Vol. 12, No. 2) by Eric H. Schumacher, Ph.D. of the University of California, Berkeley, three different experiments concluded that people can indeed do two different tasks at once—particularly those that are practiced and don’t physically conflict with one another—without much interference.

So, in those sorts of special circumstances, multitasking can actually serve to maximize your time, rather than destroy it.

"The secret to using multitasking to make better use of your time ultimately lies in finding tasks that don’t cause a huge amount of conflict with each other."

The Dichotomy of Multitasking: Should You or Shouldn’t You?

Where do you go from here? Should you continue to give into the temptation of multitasking, or do your best to zone in on one task at a time?

Well, it depends on whether you’re referring to task switching or true multitasking.

Based on all of the research, one thing is for certain: Task switching, or frequently flipping back and forth between different to-dos, is bad. It depletes your mental resources, wastes time, and will leave you feeling spread too thin.

Multitasking, however, can have some merit. While you’ve likely heard that it’s physically impossible to do two things at once, that rule really only applies to tasks that require the same cognitive resources. It’s difficult to write an email while simultaneously talking to a colleague, for example.

But, if you can find ways to combine two tasks that are different enough—think listening to an educational podcast while making your commute, practicing for a presentation while getting your miles in on the treadmill, or brainstorming article ideas while doing the dishes—multitasking can actually serve to benefit both you and your productivity levels.

Next: Why "Hurry Worry" Is Plaguing Your Team's Productivity

How to manage multiple projects: Tips and tricks for juggling like a pro

Swap your spreadsheets for the Trello Table View

Get an inside look at this new Trello feature — Trello Table View! Learn how to easily see cards from multiple boards in a compact, manageable table format.

Trello Enterprise Features You Need To Use In 2022

If you’re using Trello for work management, this could be a helpful reminder of some of the great features it has. Start 2022 right with enhanced security, multi-platform control, and improved team management by using these capabilities.

Scale Your Views With The New Workspace Calendar

The brand new Workspace Calendar gives you more clarity across projects and initiatives by letting you visualize due dates and deadlines across multiple Workspace boards.