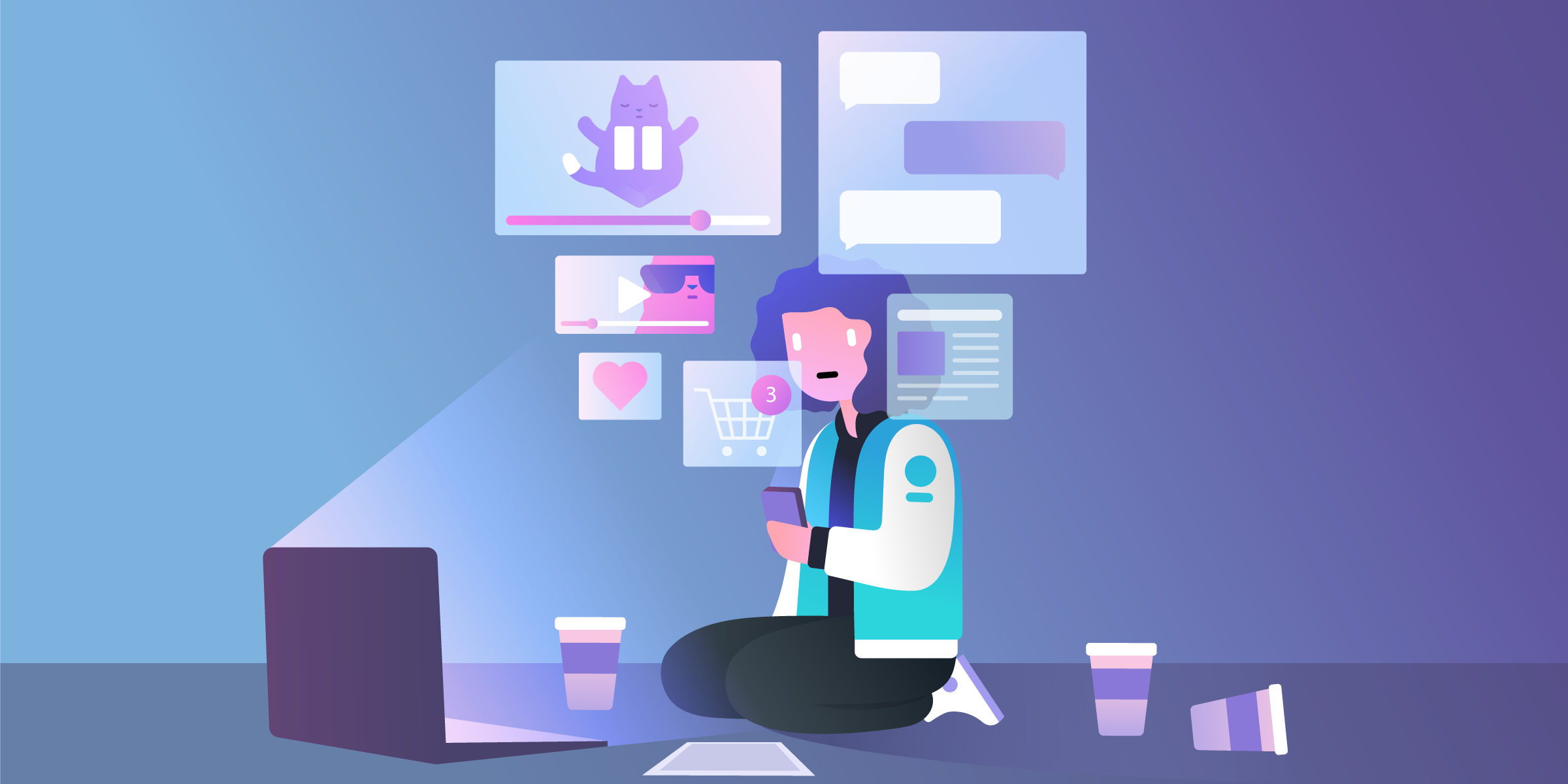 You tap into a Google Doc, then fall into a TikTok black hole. You look at your email, then decide to make a quick sandwich. Despite a lengthy to-do list or a looming deadline, you just can’t focus at work—and it’s infuriating. You need to get stuff done, yet it feels impossible to buckle down and focus. What gives? Why can’t you concentrate on your work? And, more importantly, how can you give your attention span a much-needed kick in the pants?

Reason #1: You’re, like, really tired (and killing off brain cells)

Are you yawning at your desk? Do you feel bleary-eyed and foggy, like you’re trudging through cement? I have news for you: You’re overtired. And it’s really hindering your ability to concentrate at work.

One study from the University of Pennsylvania School of Medicine shows a direct correlation between sleep deprivation and impaired cognitive function—including your working memory and cognitive speed. Another facet that really takes a nosedive? Vigilant and executive attention. Not catching enough zzz’s can really sabotage your focus.

When neurons continuously fire without enough rest, they became damaged and destroyed. Mice lost a whopping 25% of their locus ceruleus neurons (LCns) in their brains—essential for brain alertness—after just three days of four-to-five hours of sleep.

Here’s what’s even scarier: Continued lack of sleep can destroy your brain cells. As part of a study published in The Journal of Neuroscience, researchers discovered that when neurons continuously fire without enough rest, they became damaged and destroyed. Mice lost a whopping 25% of their locus ceruleus neurons (LCns) in their brains—essential for brain alertness—after just three days of four-to-five hours of sleep. Scientists hypothesize that the same thing could happen in human brains. A lack of sleep could quite literally kill your brain cells.

In lieu of a nap at your desk, there are a couple of things you can do to wake yourself up, including:

Reason #2: All news is bad news (for your focus)

You have a life outside of work, and your emotional state is directly tied to focus. Negative news in particular has a severe impact on our mood.

“Negative news can affect your own personal worries,” says British psychologist Dr. Graham Davey, in a 2015 HuffPost article. “Viewing negative news means that you’re likely to see your own personal worries as more threatening and severe, and when you do start worrying about them, you’re more likely to find your worry difficult to control and more distressing than it would normally be.” Bad news can send you into a funk that tanks your mood and makes it tougher to dedicate your attention to your task list.

“Viewing negative news means that you’re likely to see your own personal worries as more threatening and severe, and when you do start worrying about them, you’re more likely to find your worry difficult to control and more distressing than it would normally be."

Does that mean that good or exciting news has the opposite effect? It does, but that’s not necessarily a good thing. When you’re excited, it increases your adrenaline. But high adrenaline levels can actually lead to anxiety, which results—you guessed it—in decreased work performance. It’s called the Yerkes-Dodson Law, a principle that there’s an optimal arousal level to help you get stuff done. A thrilling event puts you past that optimal level—and makes it hard to concentrate.

Keeping thoughts and emotions in check can be a challenge. Experts recommend that you first acknowledge what’s distracting you. Then, re-center yourself by focusing on something more visceral—like your breathing, for example.

“You don’t have to stifle it or suppress it,” explains Rich Fernandez, CEO of the nonprofit Search Inside Yourself Leadership Institute, in an article for Harvard Business Review. “Make note of it, acknowledge it, and put it in a mental parking lot to think about later, when you can discuss it with someone else, or when you’re not at work and have lots to do.”

Reason #3: You’re spinning too many plates

As stressful as multitasking might be, it can be an ingrained habit. Our brains are adaptable, and we’ve literally “trained our brains to be unfocused,” says David Rock, co-founder of the NeuroLeadership Institute, in a 2013 article for Entrepreneur. Multitasking isn’t always bad, but it can sabotage productivity. When your focus feels depleted, that’s a solid sign you have way too many plates spinning at one time.

What’s so bad about this juggling act? In The Cost of Interrupted Work: More Speed and Stress, researchers found that while people work faster when they’re multitasking and constantly interrupted, they actually produce less. And the real kicker? They felt significantly higher levels of frustration and stress.

That matters because stress affects your brain. Your amygdala sends a stress signal to your hypothalamus and lets your adrenal glands know you’re under pressure. Your adrenal glands respond by releasing adrenaline into your bloodstream. And as stated above, too much adrenaline leads to too much arousal, which makes it more difficult for you to focus and perform.

What can you do about doing too much at once?

Reason #4: You hate what you’re working on (and according to science, it’s literally causing you pain)

Perhaps you’d rather watch paint dry than tackle that monthly expense report (or another hated task). We procrastinate on an unpleasant task to avoid uncomfortable feelings of boredom, inadequacy, or fear.

Let’s face it—if you’re not excited about what you need to do, you’re going to find clever ways to put it off. As Phil Stutz, a practicing psychiatrist, and Barry Michels, a practicing psychotherapist, explain in a blog post for their company The Tools, that’s because taking action on a dreaded task inspires genuine pain.

How can we move beyond the pain? Conquer your most hated task first—before anything else on your list. Eat that frog and tackle your largest obstacle first thing every day. This way you know the worst is behind you. By contrast, everything else on your to-do list will seem painless. This will help you feel more focused and motivated throughout the day.

Proven Ways To Future Proof Your Teams, Tools, And Organization

While nothing can guarantee your company’s success long-term, planning for the future with your tools, procedures, and people is your best bet to push forward in the right direction.