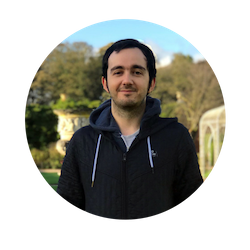 By Michael Metcalf on July 20, 2020 in Productivity 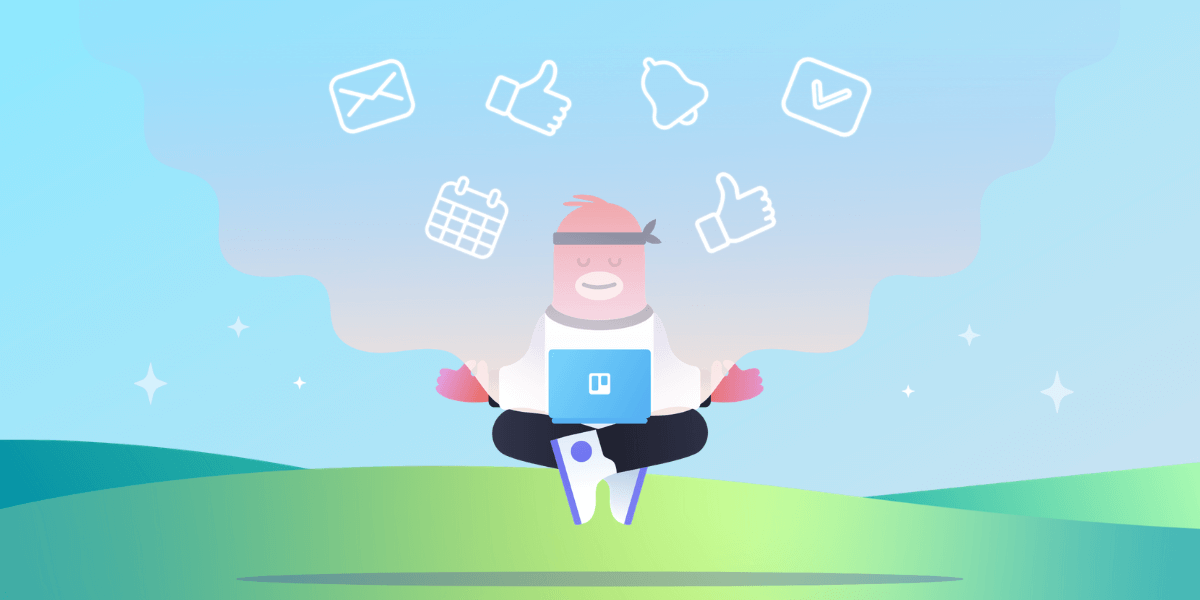 Collaboration is the fuel for some of civilization’s greatest achievements. Teamwork makes the dream work, as they say, and people can do truly amazing things when combining their talents.

But generating creative ideas sometimes works better as a solo pursuit. Taking some time away from your collaborators—even just for a couple of hours—can be empowering for you, your work, and your entire team.

As we spend more time physically apart from one another during the social distancing era, it’s easy to feel a bit lonely at times. This is especially true for more socially-inclined folks who can feel a little uneasy without the company of their peers.

Science suggests, however, that occasional periods of alone time can provide a real boost for our capability to generate ideas. It also enhances team dynamics, boosting your ability to share ideas effectively and get things done.

So it’s time to celebrate solitude.

First, the language you use around being ‘alone’ shapes how you experience it.

An example: going to a bar alone sounds a little tragic, doesn’t it? But going solo sounds much more empowering. It affirms your choice as one that you have made, not one you have no control over. The term ‘alone’ conjures up images of sitting at a bar, sadly staring into a beverage, longing for company.

But going solo—well, that’s the move of a confident, independent person who’s on a mission to make new friends and have a good time. Right?

Bringing this attitude into your creative and business ventures is a great way to channel your energy and focus for maximum effect.

Here are a few reasons why time alone can enhance your creativity and teamwork—even if you’re very much a people person.

Why Alone Time Is Good For You

Spending time intentionally unaccompanied can lead to positive outcomes for the brain and mind.

Take meditation, for example. It’s long been known as a healthy, positive activity that’s best done solo. We’ve already seen how it can have positive impacts on the brain with long-term meditators showing generally thicker cortices (outer layers) in the brain regions responsible for attention, regulation of emotions, and sensory processing, as well as smaller amygdalas (which are responsible for controlling fear and anxiety).

And now, there’s evidence to suggest alone time itself has similarly positive effects. A study at the University of Buffalo, which interviewed 295 young adults about their reasons for seeking solitude, found positive links between social withdrawal and creativity.

This form of social withdrawal, referred to by the researchers as unsociability, was considered by the participants to be a voluntary, positive activity.

The University of Buffalo study also found that rather than withdrawing from the social ramble out of fear or shyness, many of those studied actually enjoyed the occasional breaks, preferring to read, relax, or work on creative pursuits.

The results of these activities? Positive effects on overall creativity plus reduced shyness and anxiety sensitivity.

The study suggests we tend to think of alone time in the longer-term, where too much social withdrawal can make us depressed, or can harm psychological development in children and young adults. But shorter-term unsociability should be seen as a potentially beneficial, intentional creative break—think Thoreau’s retreat at Walden Pond.

Another study found that cell development in the hippocampus, the region of the brain responsible for the creation of memories, was enhanced by silence. Two hours of silence per day was found to be more effective than listening to white noise or Mozart piano symphonies.

That’s pretty important for the creative process, which makes use of memory to create new thoughts.

You know how you have some of your best ideas when in the shower?

Or when you’re out hiking, riding your bike, or waiting in line for groceries. Those moments where the mind wanders, flitting around like a firefly, and suddenly, an idea pops up.

These wanderings are rooted in the brain’s Default Mode Network—a collection of brain regions that are active when the person is not focused on the outside world.

Also known as the Imagination Network, it deactivates during certain goal-oriented tasks. It simply switches on when other parts switch off.

Solitude gives us the chance to avoid sensory input from our environment, giving the Default Network the chance to work its magic, helping valuable new ideas bubble up from the ether.

Millions of knowledge workers will have experienced this themselves during 2020, when teleworking became an immediate necessity.

The best perk of working from home for many is the lack of distractions that an open office usually renders. No loud chatter or one-sided phone conversations. No office dogs yapping at inopportune times. And no attention-stealing jams booming out of the sound system.

For those of us that live alone—sorry, solo—the longer, quieter days have made for some nice periods of creative thoughtfulness.

That’s not to say there are no distractions at home, of course. Noisy neighbours, outside traffic, and childcare can steal our attention from time to time. But generally, time at home provides respite from some of the more disruptive commotions of daily life.

That said, we all bear some responsibility for avoiding the temptations of distraction that we’re prone to reach for in quiet times.

In the book, You’re Not Listening: What You’re Missing and Why It Matters, writer Kate Murphy highlights the importance of downtime for creative pursuits:

“Experts have raised concerns that we are even losing our ability to daydream, as fantasizing, too, requires some level of attention. Many of the greatest advances in science and arts and letters have come by way of daydreaming. Albert Einstein, Alexander Graham Bell, Charles Darwin, Friedrich Nietzsche, T.S. Eliot, and Lewis Carroll all attributed their genius to long periods of uninterrupted musing. Could you put away your phone for an hour? A half hour? Five minutes?”

The compulsive habit of reaching for a digital distraction can get in the way of our ability to be meaningfully creative—time to put down the gadgets and keep your mind fresh.

In a busy work environment, ideas aren’t always as free to come and go as we might think.

Sometimes those who talk the loudest are those that control the conversation. Those who aren’t so confident or extroverted might not feel comfortable speaking up, but could be the ones with the best ideas.

As Moodi Mahmoudi explains in an article for TheNextWeb:

"If you can cast your mind back to the days of office life, how often was your schedule filled with requests for group brainstorming and peer activities? In contrast though, Leigh Thompson, expert in creative thinking, asserts that group ideas only come in the first half of brainstorming sessions, and after that, creativity is stunted.

To assume that putting heads together is the only path to innovation is to misunderstand what fuels creativity in the first place.”

There’s two parts to the creative process: ideation and execution. In short it means coming up with ideas, then making them happen.

Some fast-movers will be tempted to move on to the execution phase as soon as possible. The excitement of getting things done means those second halves of meetings can result in actions being rushed, and more thoughtful ideas being overlooked.

Stepping away from that dynamic on occasion might bring some balance to the exchange of ideas. It’ll give ideas a real chance to percolate through people’s consciousness before sharing them.

Overall, doing this should be a net positive for the creativity of your team, and will contribute to the ‘cognitive diversity’ of your organization if managed fairly. As Matthew Syed puts it:

"Diversity of thought can feel uncomfortable at times, with conflicting ideas on how to do things and tension due to personal differences. But, managed well it can also lead to greater creativity, better decisions and ultimately stronger performance. To reap the benefits of diversity of thought in your leadership team, it’s critical to create a climate of trust where people are comfortable sharing and debating different approaches.”

Stepping back to allow a variety of voices to share their ideas thus enhances the creativity of the group as a whole.

Like in any relationship, being away from one another helps you appreciate the times you spend together.

Even if your working relationships are healthy, time away from coworkers can give everyone space to explore things from a different perspective. What’s good for you isn’t always what’s good for your work—a phenomenon that often manifests in company culture with the forming of cliques and self-congratulatory groups, prone to groupthink rather than useful criticism. This dynamic can make close groups a little too satisfied with their work.

Here’s an illuminating example from a group of musicians in ’Why Teams Don’t Work’, an interview with organizational psychologist J. Richard Hackman in Harvard Business Review:

"People generally think that teams that work together harmoniously are better and more productive than teams that don’t. But in a study we conducted on symphonies, we actually found that grumpy orchestras played together slightly better than orchestras in which all the musicians were really quite happy.

That’s because the cause-and-effect is the reverse of what most people believe: When we’re productive and we’ve done something good together (and are recognized for it), we feel satisfied, not the other way around. In other words, the mood of the orchestra members after a performance says more about how well they did than the mood beforehand.”

That’s not an argument for unhappiness—more that when teams get too comfortable with their achievements, their performance may actually suffer. So having an environment where collaboration is equally mixed with periods of introspection might be a recipe for the most effective teams of all.

If you’re a community builder, taking some time away from that community might actually help you achieve the wisdom you need to help it thrive. If you’re a manager, stepping back from management duties to be alone for a little while might give your team members the freedom to do their best creative work without distraction.

In short, stepping back from the trees lets you better see the forest. 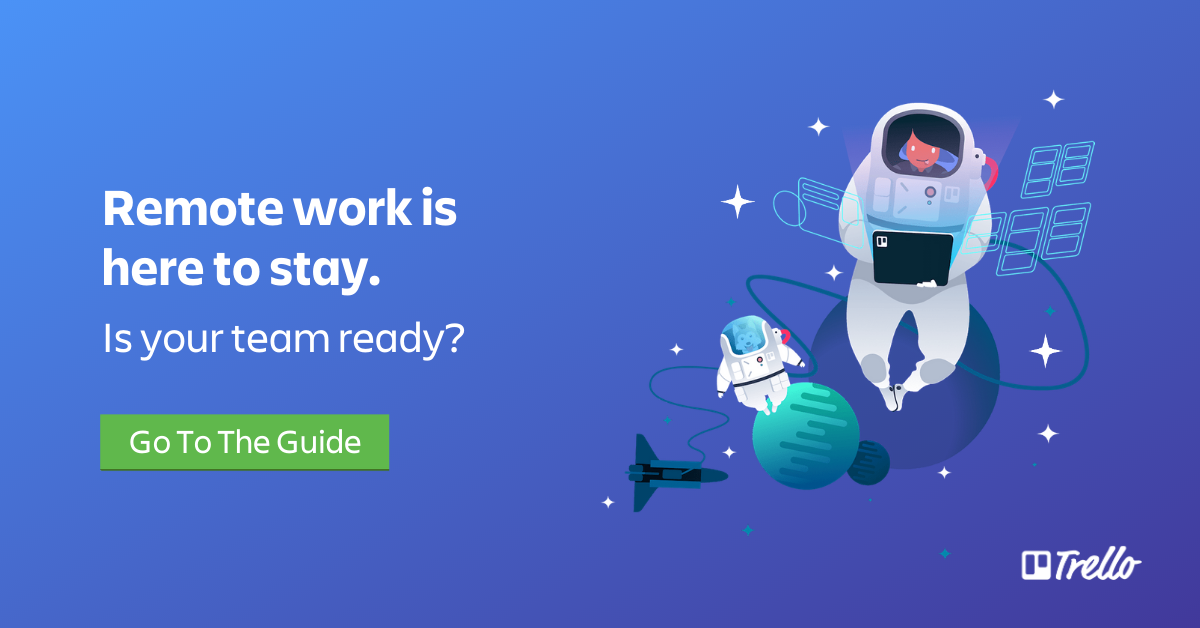 So what’s the secret to optimizing your solo time for maximum creativity?

There isn’t one, really. If you try too hard to make it happen, it might not happen. Booking out some time in your calendar to “activate the Default Mode Network” is a little counterintuitive. But book some time away from distractions, and you’re much more likely to succeed.

Respect your own time and energy, and give yourself space to be alone.

If you’re working from home and it’s still a busy environment, you could try to compromise with your partner or roommate, and find times where you both agree to go “distraction free” a few hours per week. If coworkers push back and want to be connected at all times, try to frame your alone time requests with some of the arguments above and show how it can enhance team productivity.

In a time where pretty much everything (and everyone) has been shaken up, creative thinking is needed more than ever. Don’t let your alone time go to waste—even if you spend it doing not much at all.

Next: How To Boost Your Creativity The Einstein Way—With Combinatory Play

6 Ways To Use Trello For Effective Self-Management
Productivity 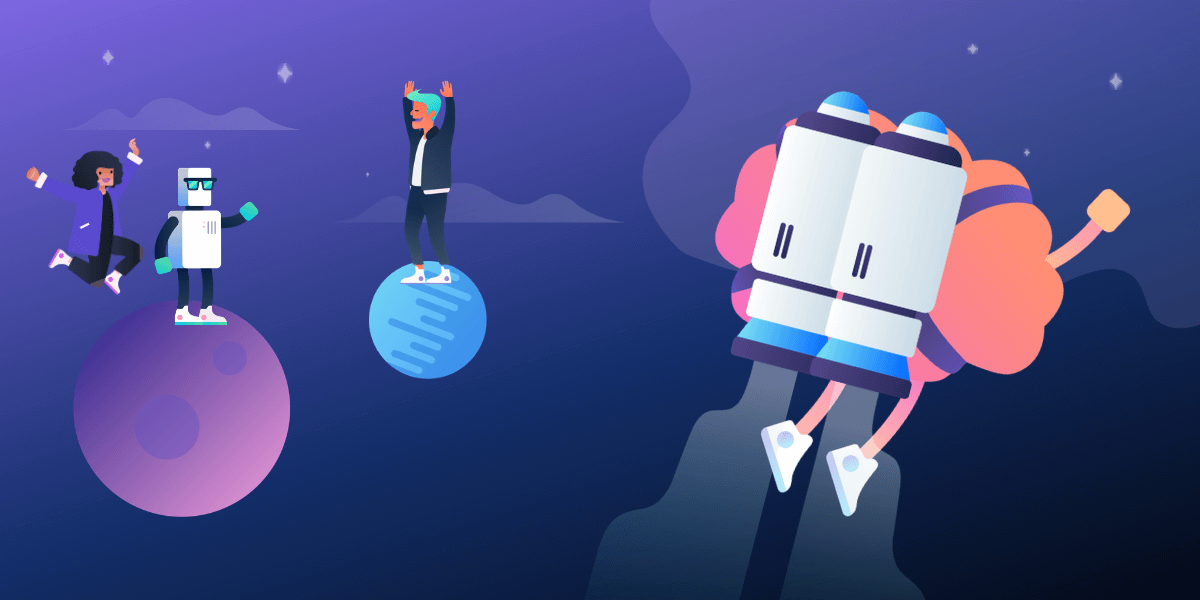